Zendaya wore a ‘Spider-Man’-ready style on Monday at the L.A. premiere of the film, dazzling in a taupe-colored gown covered in spider web detail. 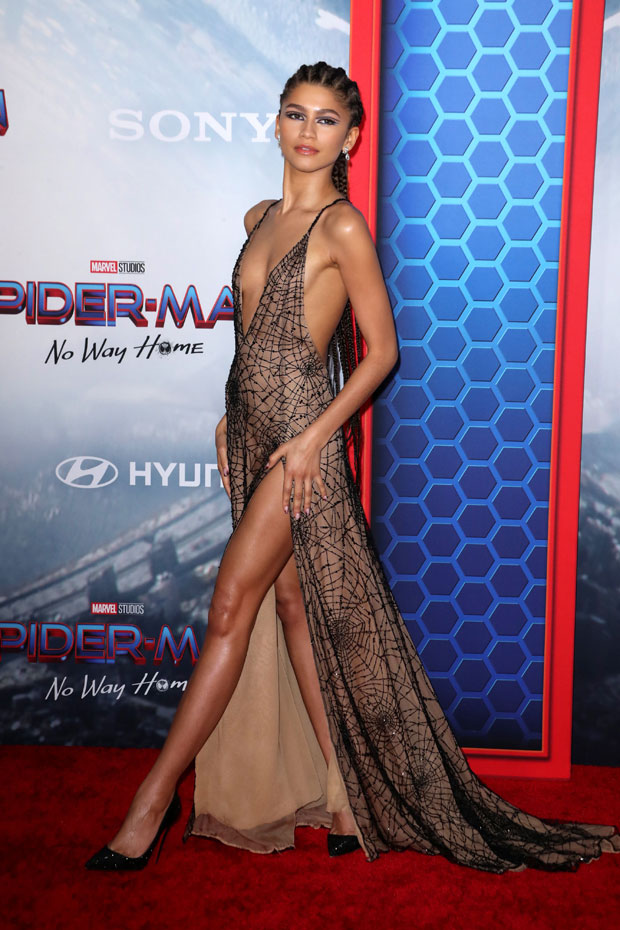 Zendaya took photos on the carpet with her beau and Spider-Man lead Tom Holland, who stood proudly by his girlfriend for the event. The actor looked handsome in his own right, sporting a chic black suit over a white button down and black tie, pairing the outfit with Chelsea-style back boots. 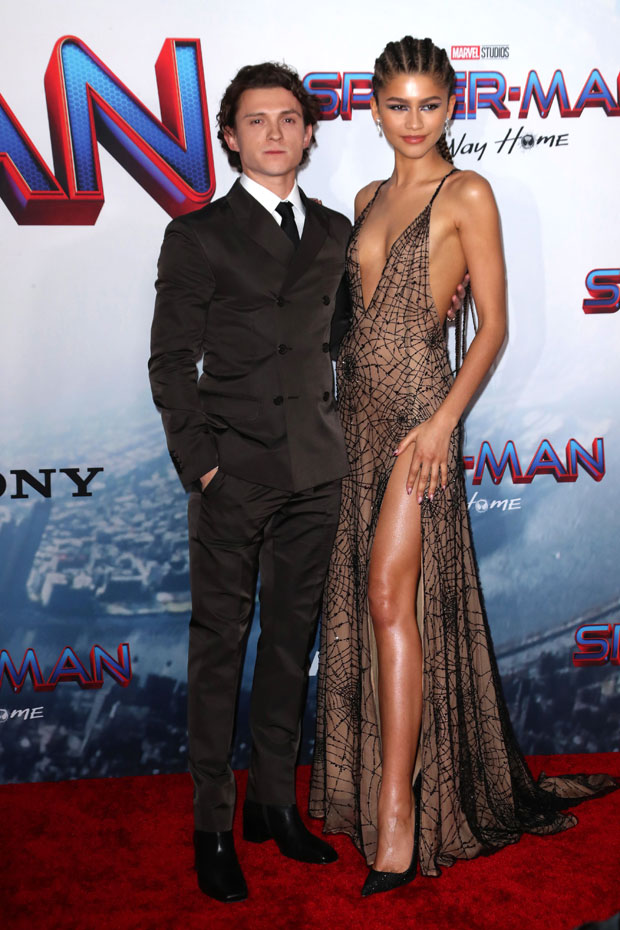 Women in Film Honors Gala: See Photos Of Zendaya & More At The Event 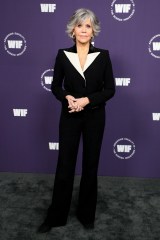 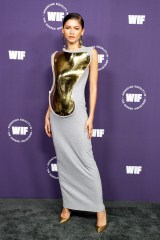 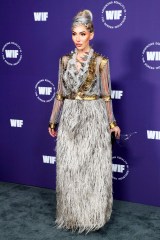 These two have been making the rounds to do press for the upcoming Spider-Man movie, which premieres on Dec. 17. The press tour comes after months of buzz about the pair’s relationship status. Following years of rumors about their alleged romance, the pair seemingly  confirmed their relationship when they were photographed kissing in July. After that situation, they continued to try and keep things low-key, but finally opened up about their love for each other for the first time during a Nov. 2021 interview with GQ magazine.

In the interview, Tom said that he and Zendaya “love each other very much,” but maintained that they will continue to keep their romance as private as possible. “I’ve always been really adamant to keep my private life private because I share so much of my life with the world anyway,” he explained. “We sort of felt robbed of our privacy. I don’t think it’s about not being ready – it’s just that we didn’t want to [talk about it publicly].”

Of the July kissing photos, Zendaya added, “It was quite strange and weird and confusing and invasive. The equal sentiment is that when you really love and care about somebody, some moments or things, you wish were your own.”