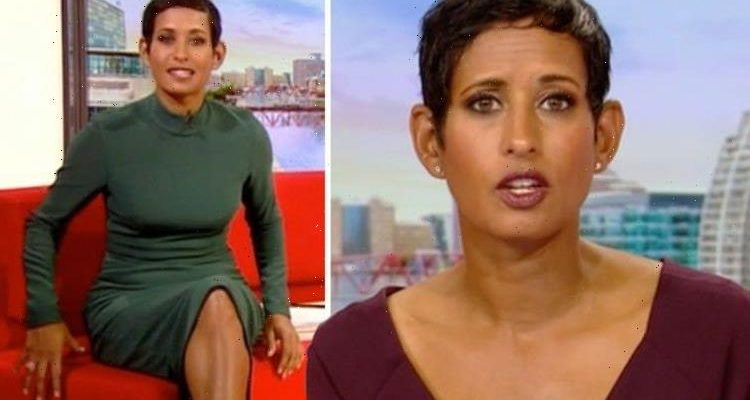 BBC Breakfast presenter Naga Munchetty took the time to reply to a viewer who reached out to her via social media today after noticing a problem with the show. The 46-year-old TV star responded despite having no control over the broadcasting side of the programme.

“3 times this morning the local news and weather for the Midlands has been your London edition,” the user complained.

“Sort it out,” they went on to demand.

“Hi – Opting to regional news is not controlled by the technical team @BBCBreakfast.

“Can only assume there are technical issues in Birmingham,” she replied.

“Included her as the BBC were not responding. It is lovely that she took the time to reply and I appreciate that,” the original tweeter responded.

Another user offered some insight into the problem.

“Definitely on BBC1, bud,” the tweeter revealed, flummoxed by the issue.

“Oh dear! Poor Naga gets the blame for everything. It’s hardly her fault,” another follower amusingly chipped in.

Earlier this week, Naga was pictured with a few of her co-stars in a sunny behind-the-scenes snap.

BBC Breakfast reporter Ben Thompson shared some pictures online after attempting to fit as many of the cast into one frame as possible.

“Trying – and failing – to fit this lot into ONE picture,” he wrote alongside three photographs of the gang.

In the post Naga and Ben could be seen with their co-stars Charlie Stayt, Matt Taylor, Mike Bushell and Jon Kay.

“Great pictures,” one follower remarked in the comment section.

“What a fine lot,” another added.

“Looks like you’re enjoying being back!” a third chimed in.