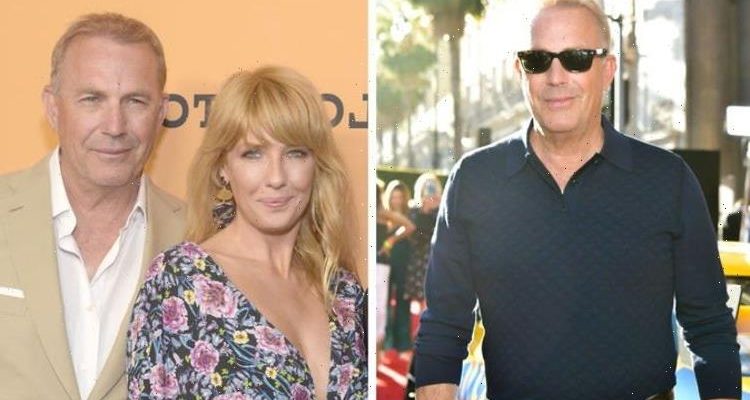 Yellowstone: Rip and Beth dance together on the ranch

Yellowstone has built up a large following in America with the show continuing to grow in success as it goes on. The cowboy drama focuses on the Dutton family including patriarch John Dutton (played by Kevin Costner) and his children Beth (Kelly Reilly), Kayce (Luke Grimes) and Jamie (Wes Bentley). Viewers want to know more about actress Reilly and if she is the daughter of Costner off-screen as well as on the show.

Although they play father and daughter in the show, Reilly and Costner are not related in reality.

Double Oscar winner Costner has seven children in total but Reilly is not one of them.

Costner has three children from his first marriage to college sweetheart Cindy Silva.

They were married for 16 years between 1978 and 1994 before calling time on their relationship.

The couple together had Hollywood film director Annie actors Lily and Joe Costner.

The Bodyguard and Robin Hood: Prince of Thieves star went on to marry Christine Baumgartner in 2004.

They also had three children together Cayden, Hayes and Grace.

He opened up in an interview in 2015 to Mom.com about having a blended family and the challenges this sometimes brought.

Costner explained: “As these children interact together, there’s always this little bit of ‘Do you care for us now as much as you do them?’ — that’s just a natural thing that happens, and you have to talk about how big love is.

“The ability to be able to love somebody else doesn’t mean there’s less love for you.

“Love seems to be always able to hang on to as many people as needs to be in that circle.”

The star continued: “It almost seemed impossible to love the first [child] any more than you loved them.

“And then suddenly the second one comes, and you think there’s so much room for love.

“There’s so much room. And that’s the way it is with children, and if there was any, perhaps jealousy that existed, I basically reminded [my older kids] that they were going to have twice as long with me on this planet.

“I said, ‘Look, they’re not going to have what you had,’ and at that point, they all just embraced each other.”

He also stressed the importance of talking to his children and having honest and open conversations with them.

Costner said it was important to set a good example as your children would follow in your footsteps, so a positive influence was needed.

Reilly, on the other hand, is a British actress whose parents aren’t in the entertainment industry at all.

She is married to Kyle Baugher with the pair tying the knot back in 2012.

Reilly is very private and not much is known about her personal life.

Yellowstone season 4 airs on Sundays on The Paramount Network.