It’s been 20 years since the UK version of “The Office” first premiered, and Ricky Gervais, who wrote for the show and starred as main character David Brent, has some controversial thoughts about how the show would go over today.

Fans of both the UK and US versions of “The Office” know that the show relies on situational comedy that is often cringeworthy and hard to watch. Of course, this cringe-worthy comedy is exactly why many fans like the show, and although some of the jokes haven’t exactly aged well, both versions of the show remain incredibly popular and relevant in today’s pop culture.  It seems that Gervais may have a slightly different take on how “The Office” bodes in today’s cultural climate, however. During an interview with the BBC, Gervais admitted that he thinks “The Office” would be canceled in present-day — an omission that is sparking quite the conversation. “I mean now it would be canceled. I’m looking forward to when they pick out one thing and try to cancel it,” Gervais said. “Someone said they might try to cancel it one day, and I say, ‘Good let them cancel it. I’ve been paid!'”

On Twitter, fans of “The Office” have been sharing their thoughts about Gervais’ take, and many aren’t happy with the comedian over his comments — here’s what they had to say. 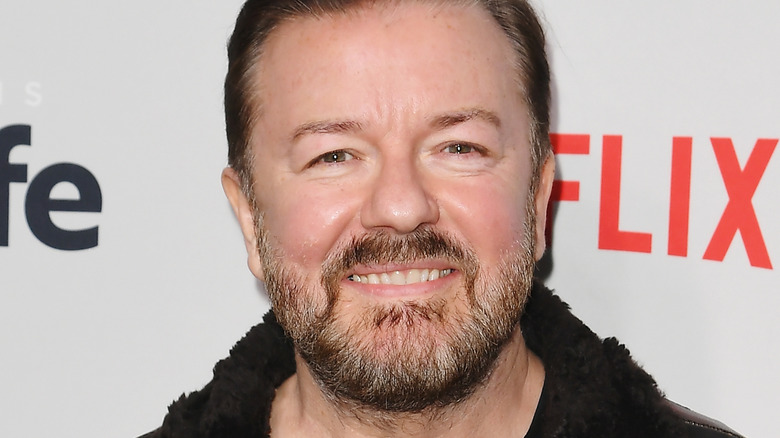 Ricky Gervais admitted that he believes “The Office” would be “cancelled” in present-day due to issues of political correctness, and some fans aren’t thrilled with his take. “Another rich white man celeb who is tired of cancel culture, wokeness and political correctness,” someone said. “Now imagine how tired people of color and women are Ricky.” Another person tweeted, “I always see more people complaining about cancel culture than I do people actually trying to cancel things.”

Others argued that Gervais completely missed the point of the humor in “The Office,” while some expressed confusion considering how popular the show still is years later. “The Office is still immensely popular and referenced almost constantly,” one fan explained. “Ricky Gervais just isn’t funny anymore because he’s been a millionaire with a huge ego for almost two decades and has lost his edge.”

To be fair, Gervais did tweet in response to the backlash and said that his words were “clearly a joke.” Nonetheless, many fans of “The Office” are definitely not impressed with Gervais’ commentary!