Dermot Kennedy is an Irish superstar with a voice like gravelly honey and songs that will shatter your heart into a tiny, thousand pieces – in a nutshell.

The talented musician – and his equally brilliant band – have been on the verge of worldwide success for the past year or so, and it looks as though things might be about to explode for the small-town, humble lads, after some huge performances this year.

Growing up in a small town just outside of Dublin, Dermot started his career busking in big cities, singing other people’s songs and playing to small audiences in pubs and clubs, but over the past few years, he has been lighting up the music industry with his own songs – playing to gigantic crowds at the likes of Glastonbury, Coachella and the iconic Brixton Academy.

His sound, which has been described as rich, melancholy, powerful, raspy, emotive (you get the point) has awarded him an army of incredibly loyal fans – many of whom have been there from the very beginning.

But it looks as though the hunky irishman might gain a few more in the months to come, with him fast turning into a household name. His music has had over 500million plays on music-streaming platforms, he's had shout outs from the likes of Billie Eilish and Annie Mac, performed on Ellen and recently appeared on an episode of comedian Romesh Ranganathan’s podcast Hip Hop Saved My Life.

My first experience of Dermot's voice was his performance of Moments Passed on YouTube music platform Colors around two years ago, and I fell instantly in love with it. His ability, in even the first few notes, to send out so much raw emotion in his performances was like nothing I'd ever heard. His raspy voice gave me goosebumps while the raw and honest lyrics had me reliving every heartbreak I’d ever had.

It's a rare thing for an artist to craft lyrics so poignant and evocative and I am hooked on his mastermind, with songs like Evening I Will Not Forget, For Island Friends And Family, Lost and Glory having sat on my most-played playlists since that first listen – and will probably remain there forever. 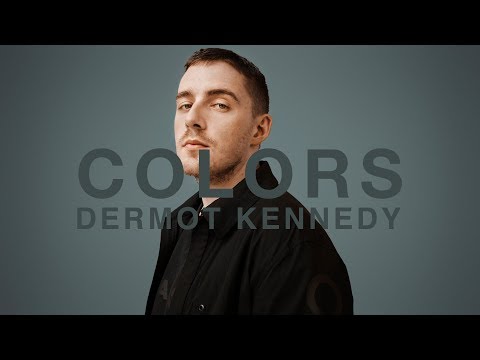 Dermot’s long-awaited debut record Without Fear is released September 27 and comes ahead of his biggest run of dates yet, including two nights at London’s Eventim Apollo and his biggest ever headline shows at Dublin’s 3Arena in December.