It seems one of the most chilling crime cases in American history finally has some answers. A group called the Case Breakers allegedly identified the mysterious Zodiac Killer as Gary Francis Poste. The notorious criminal remained the focus of countless investigations and documentaries. His influence even then ran into pop culture like movies and comics. However, some wonder if comic books inspired the Zodiac Killer. 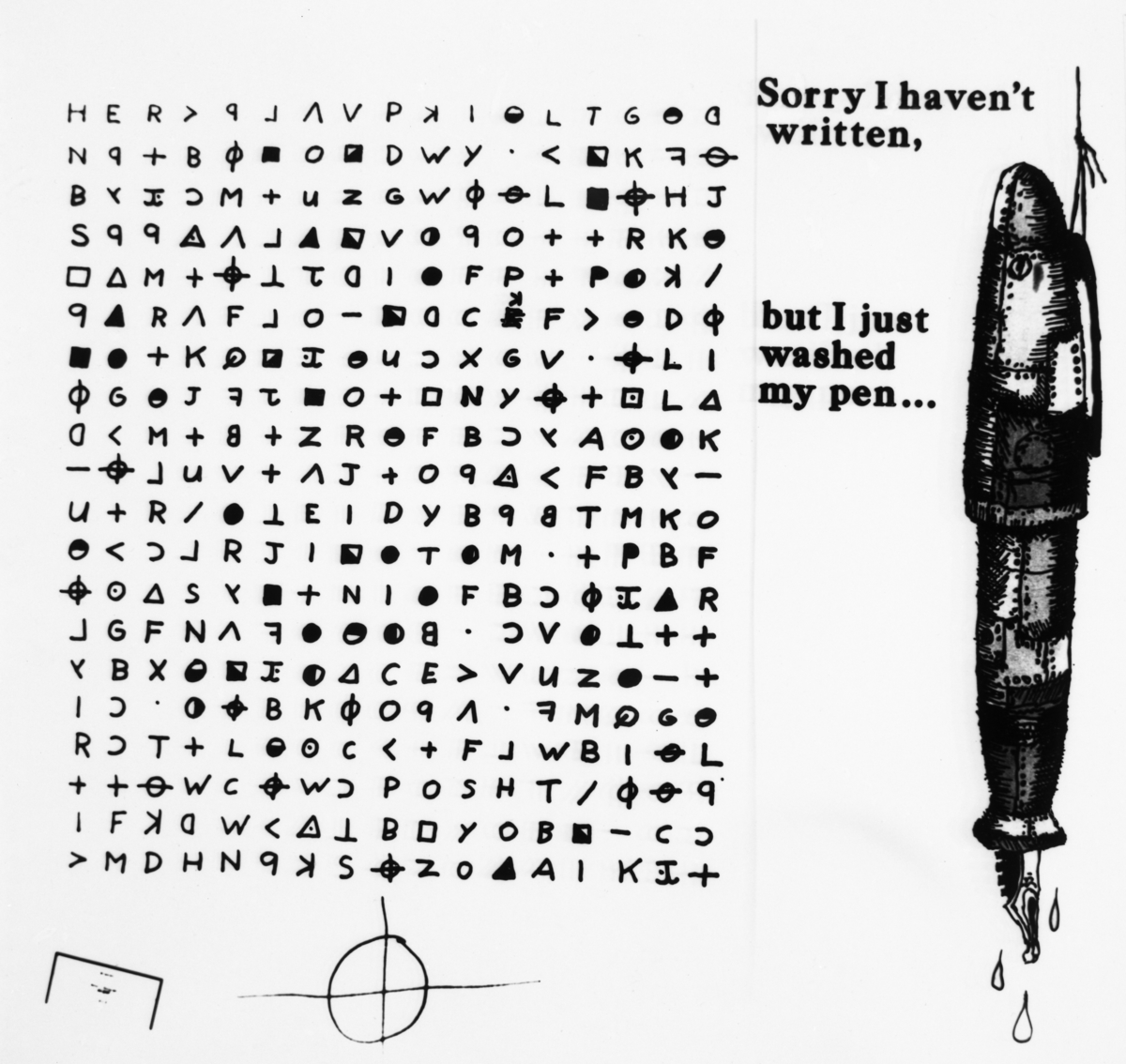 The Zodiac Killer ciphers and clues in a western comic book

People often think of him as a real-life supervillain with a name like ‘The Zodiac Killer.’

He sent cryptic messages to police, some of which law enforcement never cracked. While theories about the Zodiac Killer’s true identity spread, no one ever definitively discovered it.

The enigma drew both private and public investigators to scour every scrap of information for clues. Among them was author Robert Graysmith, who turned his attention to comic books.

In his book, ZODIAC UNMASKED, Graysmith draws a connection between the Zodiac’s symbol and a cattle brand symbol used by Fred Harman, a rancher, and comic book artist.

The most important link was that the wheel also resembled Harman’s cattle brand and contained the words infamously used in the Zodiac Killer’s Halloween card: By Knife, By Gun, By Fire, and By Rope.

The Tim Holt comic released in 1952, nearly a decade before Zodiac Killer was active.

Again, these clues remained speculation, trying anything and everything to help the search for the criminal. However, the Zodiac Killer’s relationship with comics did not end with westerns.

Comic books featured the Zodiac Killer and characters inspired by him

A few years after the criminal went quiet, Skywald Publications launched their Hell-Rider comic. The titular hero and The Butterfly dealt with relevant issues at the time, and Skywald planned to deal with the Zodiac Killer directly. 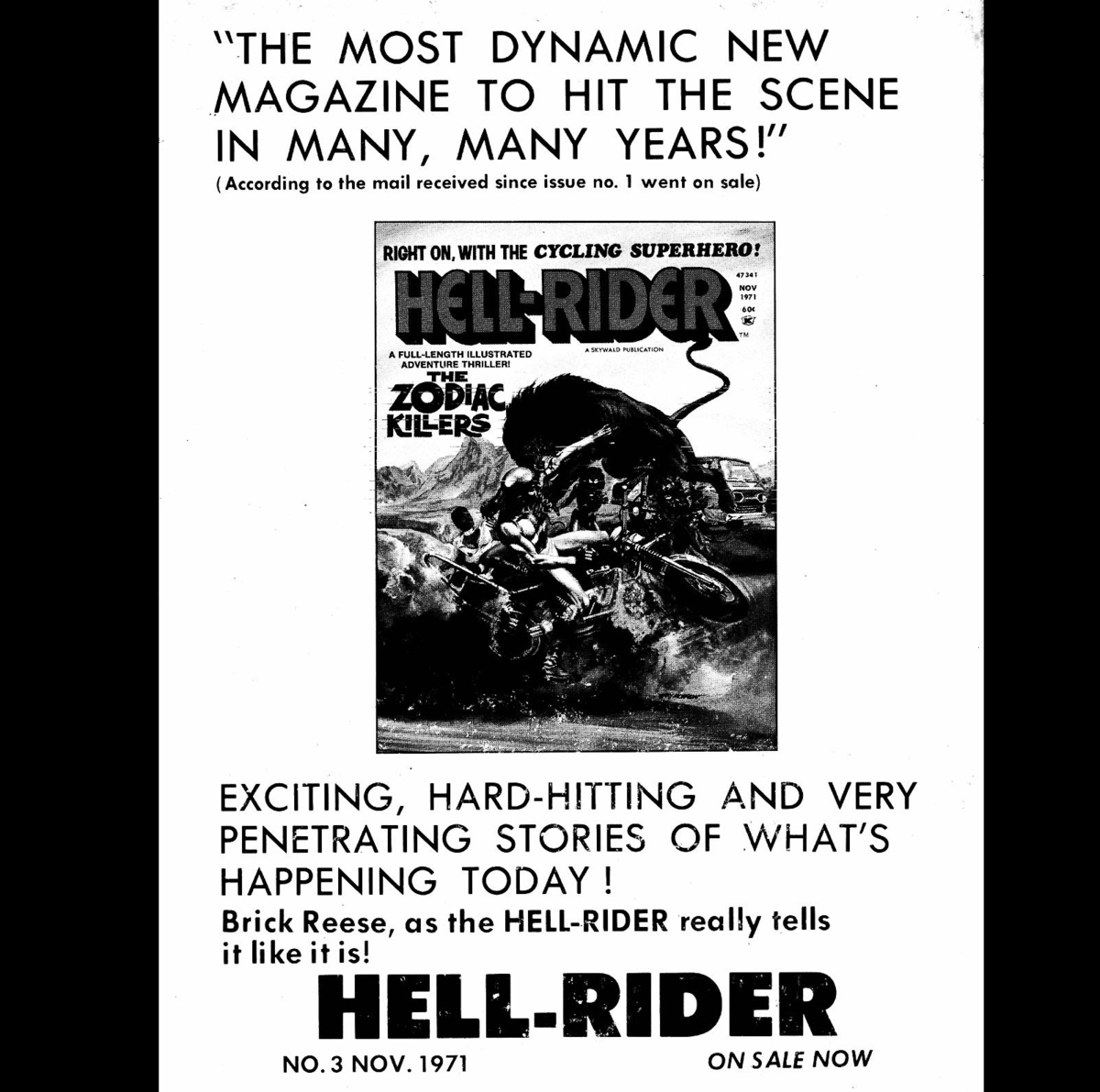 Their other titles, like Psycho, advertised a third issue where the titular hero would fight a group called ‘The Zodiac Killers.’ However, Hell-Rider #3 never went on sale.

Shadowline, an imprint of Image Comics, published a two-issue series called The Roberts, which imagines the Zodiac Killer and another notorious criminal, the Boston Strangler, trading “war stories” in their old age.

The disturbing mystery around the crimes fueled countless speculations and stories.

Has the Zodiac mystery finally been solved?

Their evidence “include photos found in his darkroom, a pattern of scars or wrinkles on his forehead that match a police sketch of the Zodiac, and forensic evidence including DNA,” the Independent reported.

However, this is far from the first time people thought they found the Zodiac Killer’s identity.

The case began over 50 years ago. It remains anyone’s guess if the Zodiac Killer found inspiration in comic books, astrology or if he just represented a twisted dark side to humans.