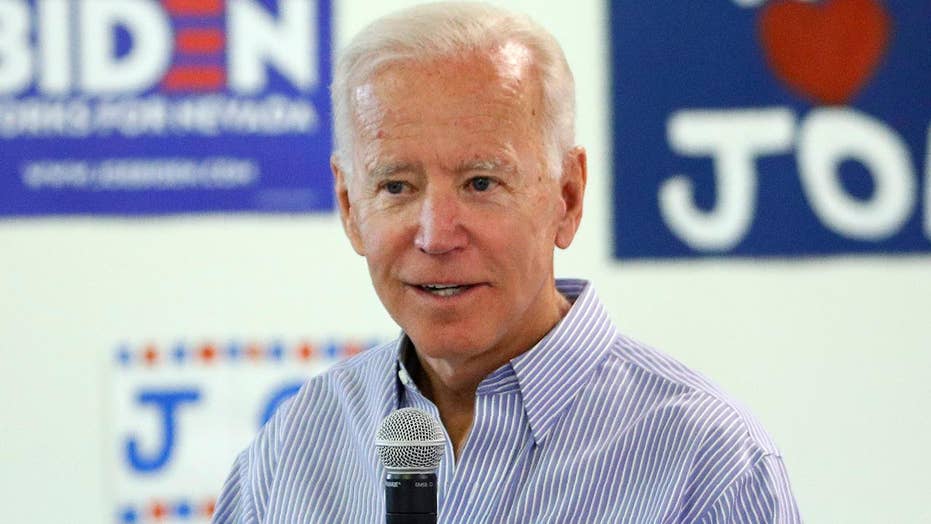 Co-hosts on "The View" claimed that former Vice President Joe Biden was falling into the same trap as the 2016 Democratic nominee in assuming that he will get the party's nomination.

"I think Biden's problem … was that he always felt he was the heir apparent to the nomination," co-host Sunny Hostin said. Both she and co-host Joy Behar described that as the same "mistake" that former Democratic presidential nominee Hillary Clinton made.

"This is a vetting process," Hostin added. "This is an interview process with the United States of America … He's not the heir apparent. You have to earn everyone's vote," she said.

Her comments came as the co-hosts were discussing the next Democratic primary debates which will take place on July 30-31.

Biden reportedly said that he would be tougher in responding to attacks like those from Sen. Kamala Harris, D-Calif., who, during the first Democratic debate, addressed racial issues surrounding his campaign.

For Behar, Biden shouldn't try to become more "belligerent" and should instead, continue being polite during debates.

Behar and Hostin also touched on whether or not Democratic voters should prioritize candidates based on their electability rather than policies and messaging. Hostin argued that because the 2020 election would be a "moral choice," voters should choose who they "believe[d] in."

"I reject that notion that I'm only going to vote for someone who I think can beat Donald Trump," she added.

Behar countered that Trump's presidency created an "emergency" that didn't allow voters the luxury of choosing their preferred candidate.

"We're in such an emergency … and the main thing is to get him out. We don't have the luxury at this point to be so opened-minded about our policies. We got to get this guy out," she said.