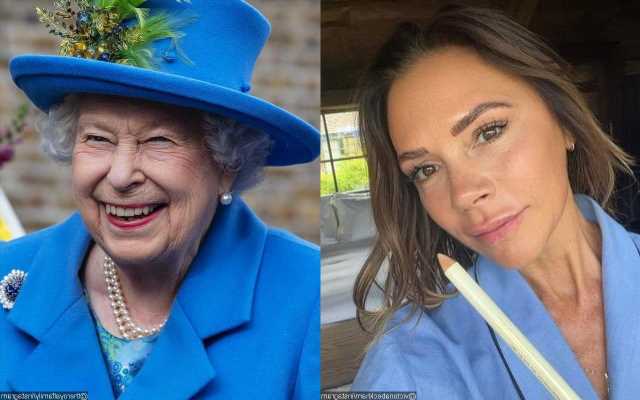 AceShowbiz –Victoria Adams has remembered Queen Elizabeth as “a powerful source of inspiration” for “so many.” The 48-year-old fashion designer has paid a touching tribute to the late monarch, who died aged 96 on September 8, ahead of her state funeral on Monday morning, September 19, hailing Britain’s longest-serving sovereign the “ultimate icon.”

She wrote alongside photographs of Her Majesty on Instagram, “I’ve spent the last week reflecting on the loss of Her Majesty Queen Elizabeth and how she was a powerful source of inspiration, not just for me but for so many around the world. The ultimate icon in every way and the epitome of elegance, she will live on in our hearts and minds forever. I offer my deepest sympathy and heartfelt condolences to the royal family at this time, and we join them in mourning the loss of our beloved sovereign.”

The Spice Girl, who was nicknamed Posh Spice in the girl group, said meeting the queen at The Royal Command Performance in 1997 with her bandmates, Geri Halliwell, Melanie Brown, Emma Bunton and Melanie C, was “one of her proudest moments” on her Instagram Story.

Victoria’s retired soccer ace husband David Beckham queued for 13 hours to pay his respects to the late royal lying in state at Westminster Hall last week. The 47-year-old sporting legend admitted he had mistakenly thought joining the line at 2am on Friday, September 16, morning would mean a shorter wait.

He said, “I thought by coming at 2am it was going to be a little bit quieter. I was wrong. Everybody had that in mind. The people here are all ages. There was an 84-year-old lady walking around. There was a 90-year-old gentleman walking around. Everybody wants to be here to be a part of this experience and celebrate what Her Majesty has done for us.”

David dressed in a suit for his long wait because he said his grandfather Joseph West – a staunch royalist who died in 2009 at the age of 83 – would have done the same. David, who met the Queen several times as England football captain and received his OBE from her in 2003, spoke about why it was important for him to pay his respects.

He said, “Every time we stood there when we wore those Three Lion shirts and I had my armband, and we sang God save our Queen, that was something that meant so much to us. Every time we did it, it was something special. So this day was always going to be difficult. It’s difficult for the nation, it’s difficult for everyone around the world, because I think everyone is feeling it, and our thoughts are with the family and obviously with everybody here today. Because it’s special to be here, to celebrate and to hear the different stories that people have to say.”