Vanessa Bryant is celebrating the Lakers’ championship victory, and remembering her late husband, Kobe Bryant. After  the Los Angeles Lakers defeated the Miami Heat 106 to 90 on Sunday, she took to her Instagram story to commemorate the win.

Vanessa added, “Wish Kobe and Gigi were here to see this,” along with a heart emoji. 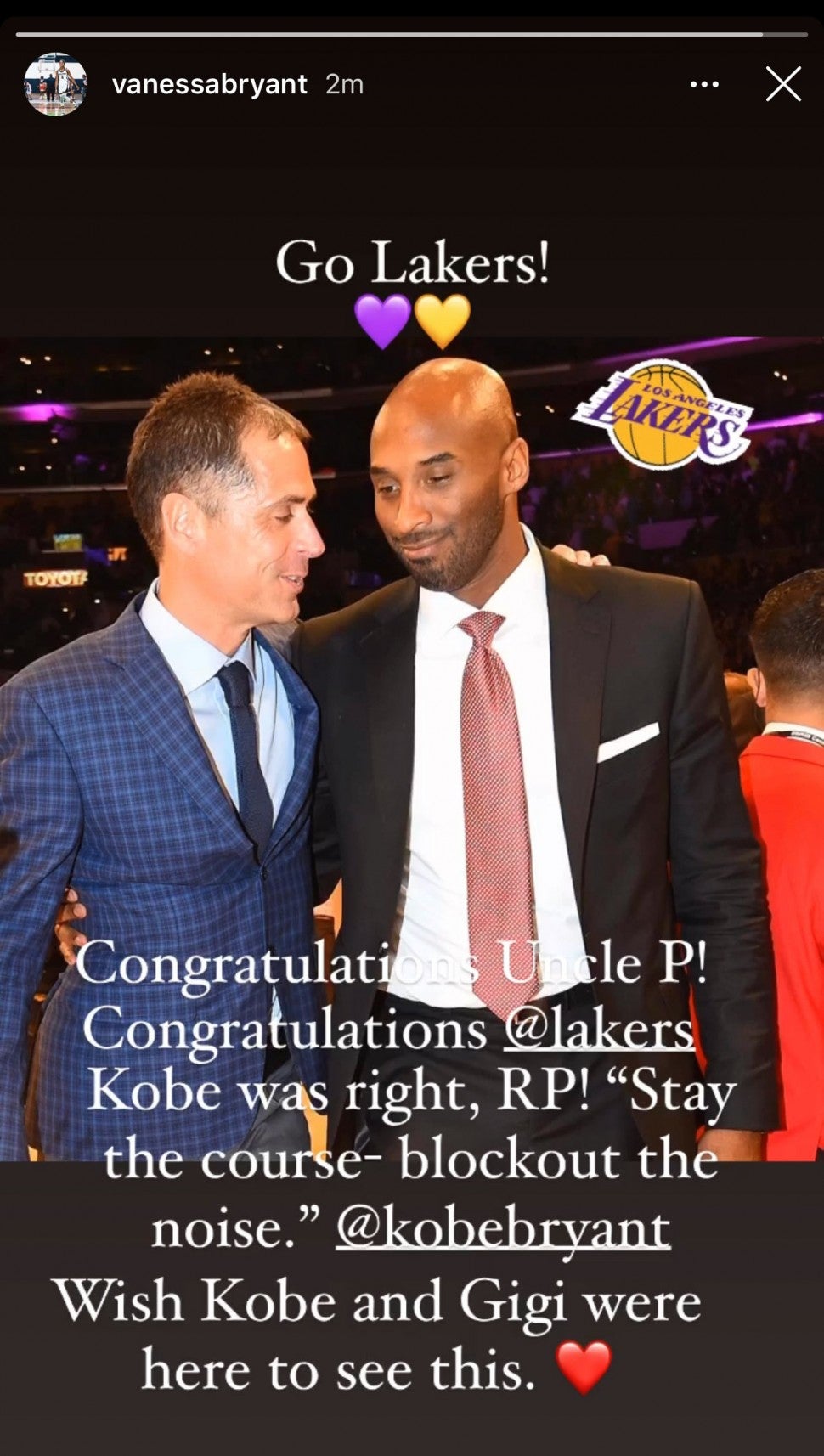 On Sunday, LeBron James and Anthony Davis led the Lakers to victory over the Miami Heat in Game 6 of the NBA finals. The decisive win earned James his fourth championship ring, and the Lakers’ 17th championship title in total.

This is the Lakers’ first championship victory since 2010, when Kobe and Pao Gasol led the team to beat the Boston Celtics, and his memory was honored throughout the finals.

The team wore Kobe-inspired Black Mamba uniforms during Game 5, on Friday, and James opened up about honoring the memory of the Lakers legend after the team secured their place in the finals late last month.

The win comes several months after Kobe and his 13-year-old daughter Gianna died in a helicopter crash, along with seven others, in Calabasas, California, on Jan. 16.