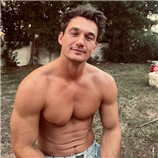 We probably don’t need to tell you that the last year has seen a lot of shake-ups in the world of the Bachelor franchise.

In addition to the difficulties created by the pandemic, Chris Harrison was fired, Tayshia and Kaitlyn came in as hosts, and David Spade brought some much-needed snark to the world of The Bachelor in Paradise.

The situation has led to an unusual scenario in which ABC will air consecutive seasons of The Bachelorette — broken up by BiP — and producers haven’t named a new Bachelor since Matt James was announced back in June of 2020.

But now, it seems that long-empty slot has finally been filled — and by none other than Matt’s BFF.

Yes, rumor has it that Tyler Cameron has been chosen to break hearts and distribute roses on the next season of ABC’s longest-running reality show.

Nothing has been announced yet, but recent social media activity from a few key players points to Tyler taking the reins from Matt for the 26th season of The Bachelor.

First, a tweet from the show’s creator and executive producer, Matt Fleiss, led fans to the conclusion that a big announcement is on the way.

“All I can tell you right now is that #BachelorNation will be very happy! Well, maybe not everybody… #TheBachelor,” Fleiss tweeted.

It’s tough to imagine what Fleiss might have been hinting at, other than a forthcoming announcement about the identity of the show’s new lead.

Fleiss’ statement about how happy viewers will be suggests that producers have selected a well-liked figure from the show’s recent past.

On its own, however, that wouldn’t be enough for fans to conclude that guy in question is Tyler.

But if you take a look at Tyler’s most recent Instagram post, you’ll understand exactly why his followers are so pumped.

Cameron posted some shirtless pics, which is the type of move that always earns an enthusiastic response from his fans.

And this time, they were even more excited than usual, as his caption hints at some big news just around the corner.

“Got a whole lot to smile about! Exciting stuff coming. Love you all!” Tyler wrote.

For years, fans have been rooting for Cameron to be cast as the Bachelor, but the problem is, the guy is rarely single!

After his time on the show, Tyler dated Gigi Hadid for a brief period.

Then, there were rumors of Cameron and Hannah Brown hooking up.

After that, Tyler entered a relationship with model Camilla Kendra.

That relationship recently came to an end, and it seems the split was anything but amicable.

Cameron hasn’t spoken publicly about the breakup, but his recent tweets seem to make his feelings on the subject quite clear.

“The things people say and do to save face is quite comical,” he wrote.

“Things were going well until they weren’t,” an insider recently told Us Weekly.

The source went on to confirm that it was Camila who decided to end things.

“Camila broke off the relationship,” the insider explained.

“It was time for her to refocus on her own very lucrative career.”

So expect to see a slightly broken-hearted Tyler Cameron coming to your screen sometime in 2022.

We’re sure fans will love it even if he never takes his shirt off!