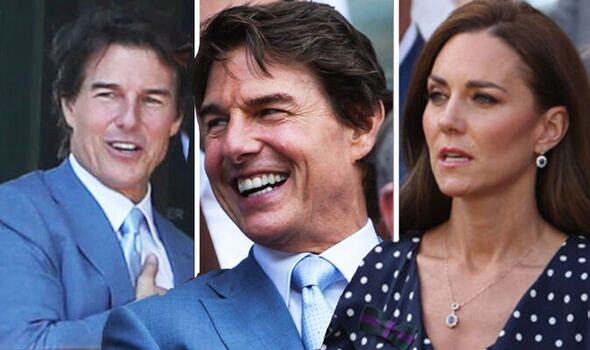 The Hollywood A-lister was pictured in the royal box again for the men’s singles tennis match between Serbia’s Novak Djokovic and Australia’s Nick Kyrgios.

The on-screen star looked smart in a navy blue suit and crisp white shirt as he smiled amongst the onlookers at the game.

His latest appearance comes after the actor was caught “staring” at the Duchess of Cambridge at the Wimbledon Ladies’ Singles Final in London on Saturday.

One excited Twitter user commented: “Wow! He is so eyeing Catherine! She must have really made an impression on him at the Top Gun premiere! He looks smitten!”

Another added: “He could not resist. She’s tall and slim like Nicole Kidman and Katie Holmes. We see you Tom…Whoop whoop.”

Kate attended the final today alongside Prince William and their son Prince George. 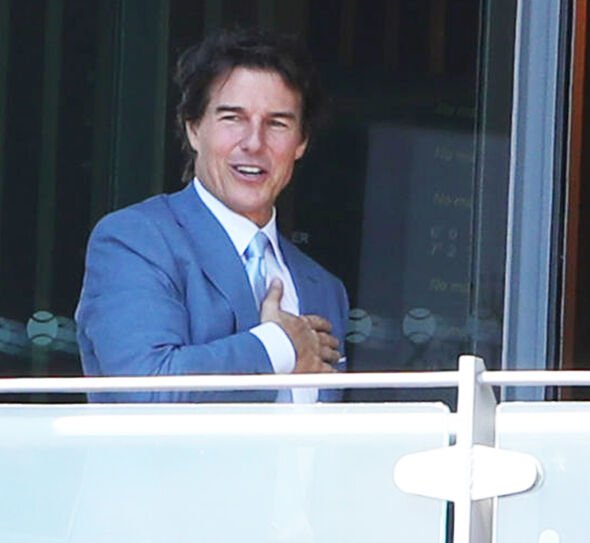 Tom Cruise was pictured on the balcony at Wimbledon

The on-screen star looked smart in a navy blue suit and crisp white shirt as he smiled amongst the onlookers at the game. 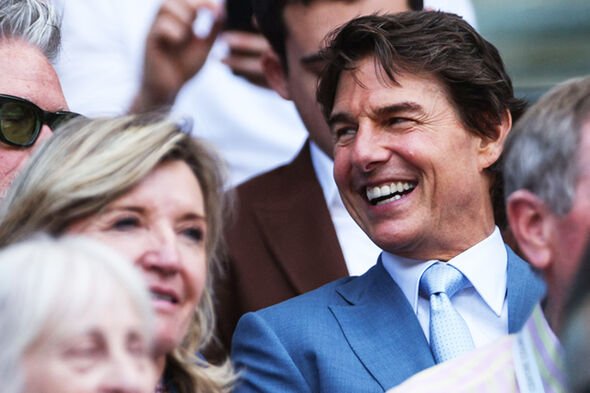 Tom Cruise appeared to be in high spirits