If anybody can pull off a sequined hoodie on the red carpet, it’s Timothée Chalamet. The 23-year-old indie darling and budding style icon has a penchant for taking—and nailing—fashion risks (that Haider Ackermann suit, anyone?), and today’s bejeweled sweatshirt is no exception.

Chalamet and his glittery get-up attended the U.K. premiere of The King, the upcoming Netflix drama starring the actor as a young Henry V. Clearly, the hero of his outfit was the shimmery top, so he kept the rest of the ensemble simple with black slacks and leather lace-up boots. 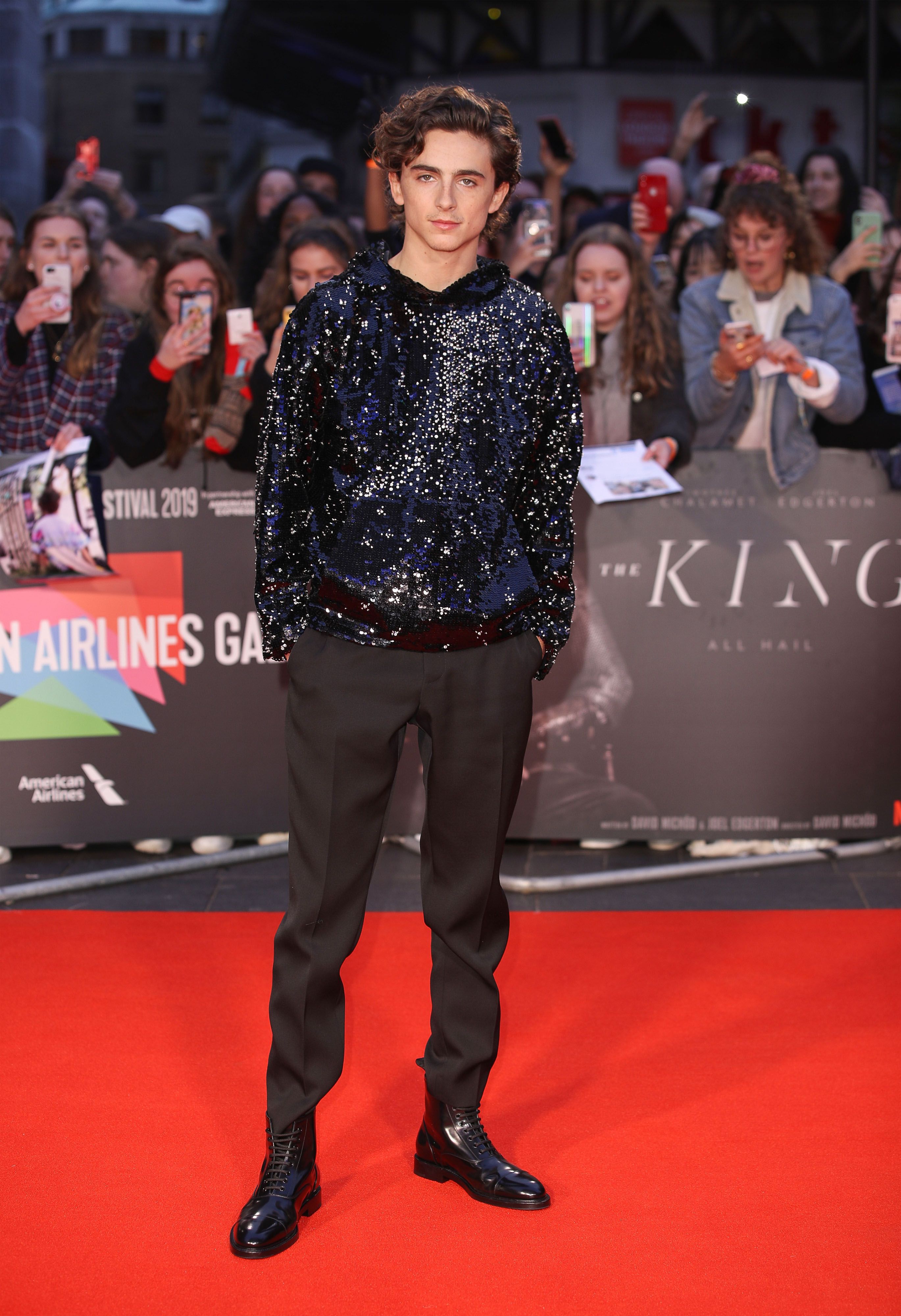 At today’s King premiere, Chalamet was accompanied by his co-stars, including rumored girlfriend Lily Rose Depp, who wore a black and white Chanel gown days after it debuted on the runway in Paris.

We stan a well-dressed couple. 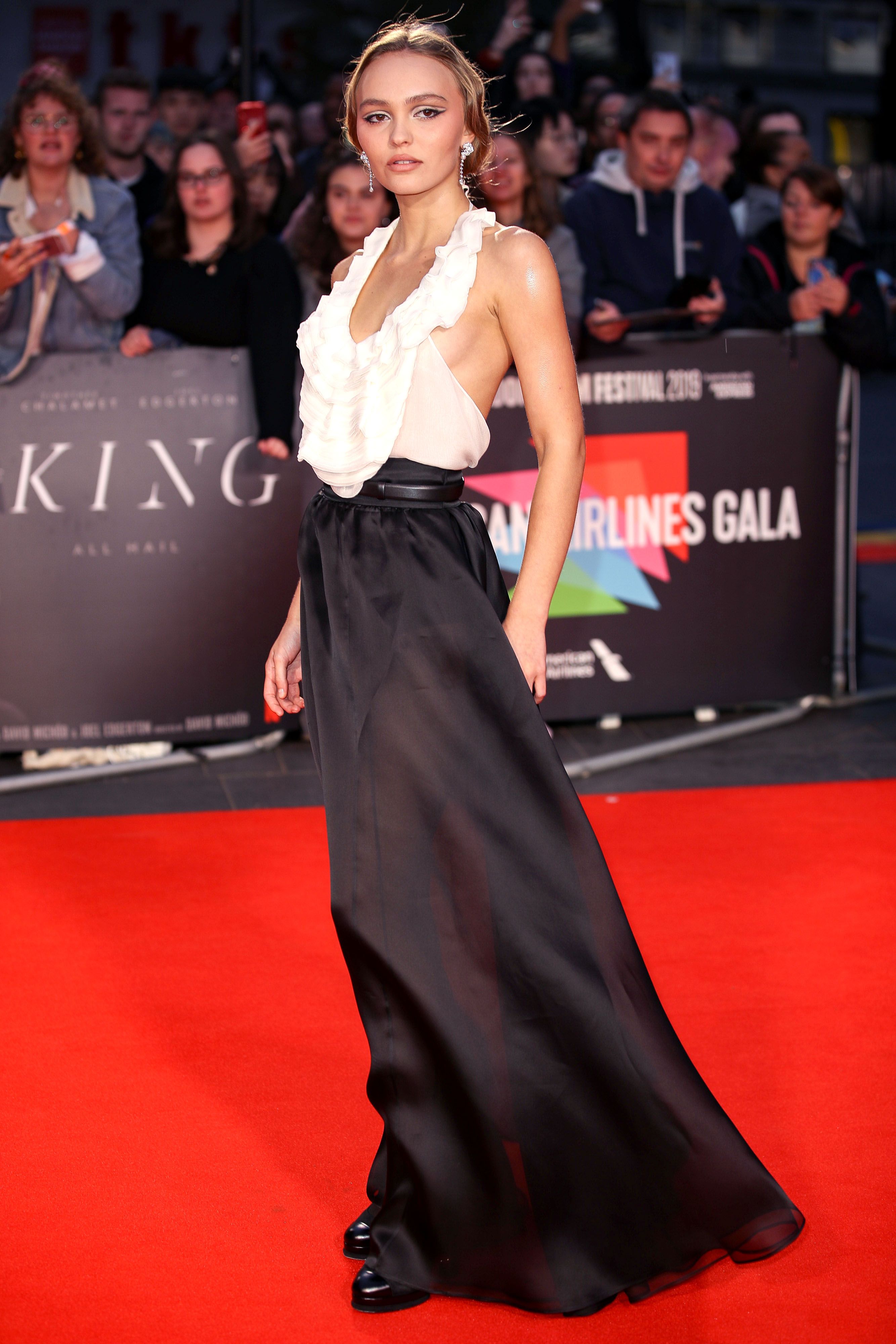 Feel like cosplaying as Timothée Chalamet for Halloween? Copy his bedazzled loungewear with this Marques’Almeida version below. 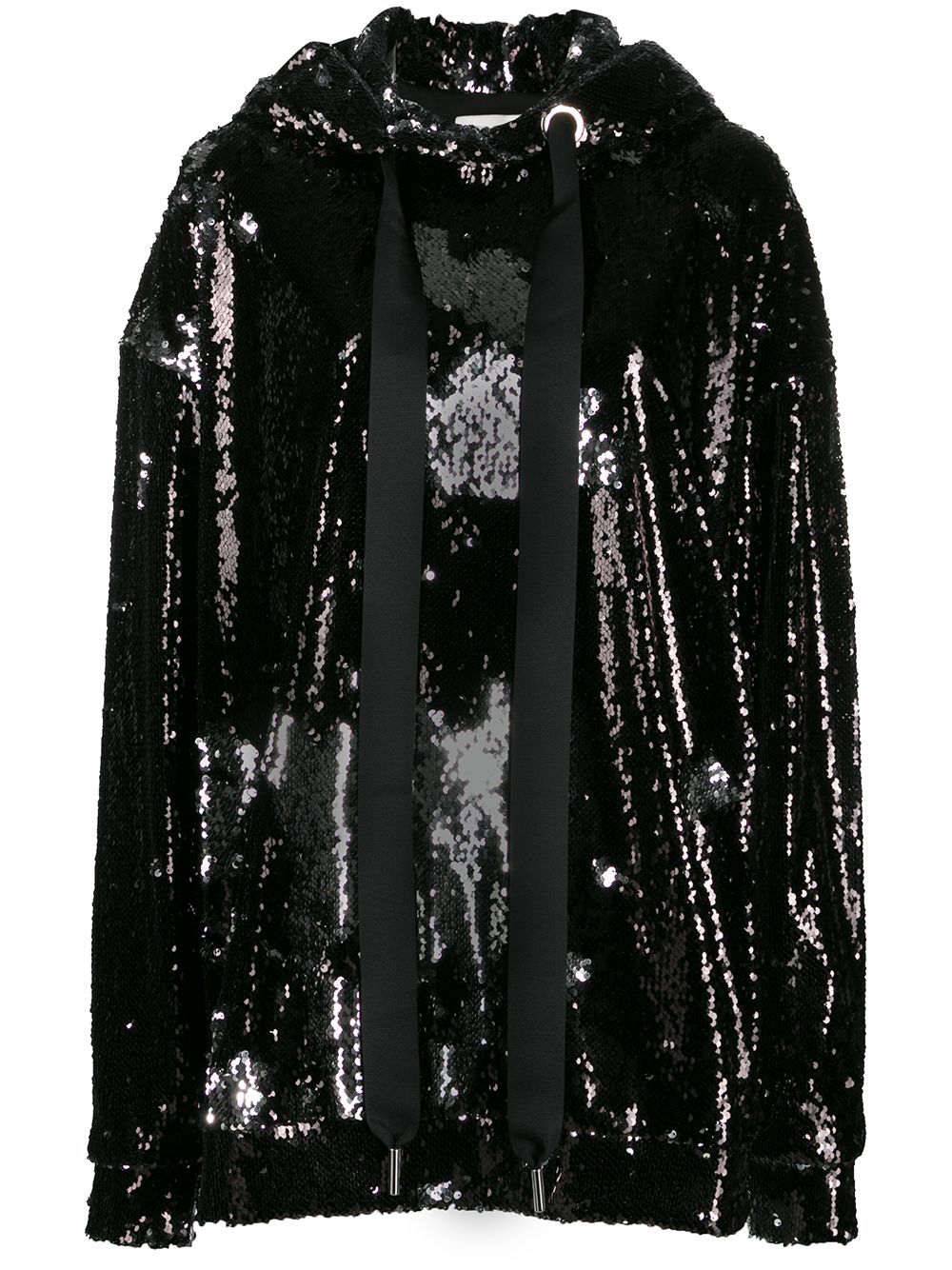