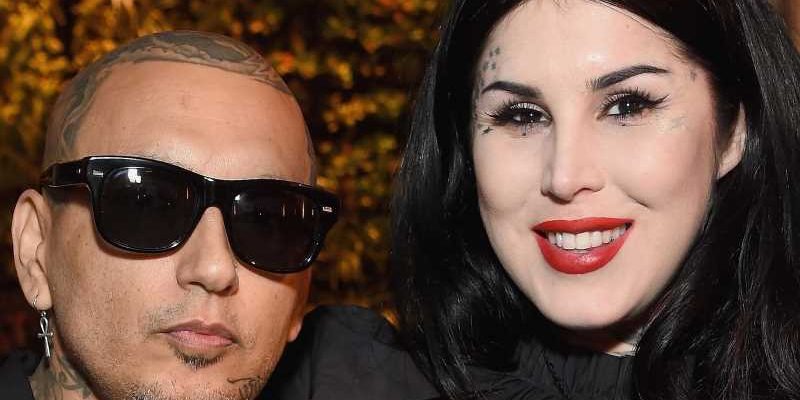 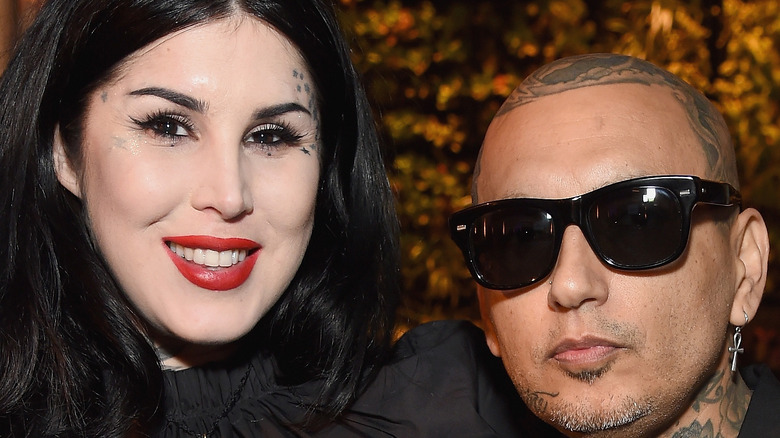 Kat Von D has endured several controversies over the course of her extensive career, from coming out against vaccines before apologizing and reversing her course to being widely accused of anti-Semitism.

As USA Today reported in 2019, the celebrity tattoo artist shared a since-deleted YouTube video in which she confirmed, in no uncertain terms, “Just to set the record straight… I am not anti-Semitic, and I am not an anti-vaxxer.” Describing such accusations as “extremely offensive and super hurtful,” Von D went on to reveal how a former colleague from the shop featured on “Miami Ink” was jealous when she got her own spinoff show, “L.A. Ink,” and forged “an anti-Semitic message” on her headshot in an act of revenge, sharing it extensively.

Von D was advised at the time, by a publicist, to simply let it go and move on. However, although that particular controversy was short-lived, Von D was subsequently linked to Nazism while she was dating Jesse James, who was captured in a photo wearing a Nazi hat and doing a salute with two fingers placed under his nose. Although James’ lawyer confirmed he wasn’t a neo-Nazi, they did reveal that he collects Nazi memorabilia. There were several more photos of him engaged in Nazi-adjacent behavior, however, while Von D herself was criticized for a planned lipstick entitled “Selektion,” referring to a Nazi “death camp practice of ‘selecting’ those to be executed,” according to ABC.

Meanwhile, her husband, Rafael Reyes, came under fire for his own stance.

The celebrity couple has endured years of accusations 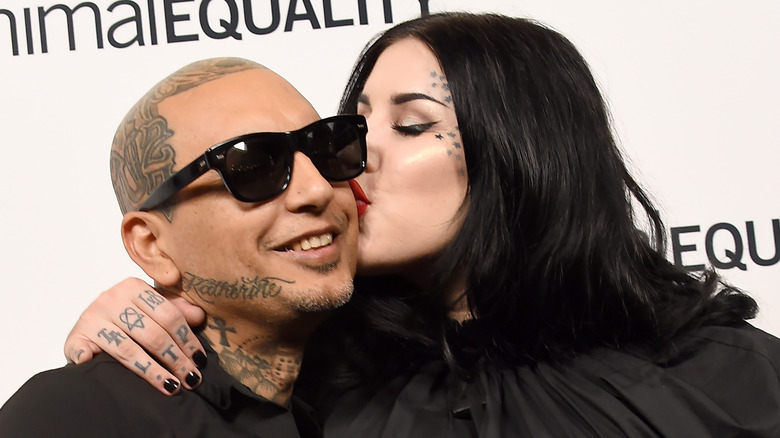 According to Revelist, tattoo artist Kat Von D admitted to undergoing “years of therapy and healing” to get over being labeled an anti-Semite. However, although she feigned ignorance over this particular incident, when it comes to Von D’s husband, Rafael Reyes, the line is considerably blurrier. The musician has what appears to be a swastika tattooed on his neck, but Reyes claims it’s not a Nazi symbol.

As he explained to Remezcla, “I was really inspired by what the symbol meant. It represented so many things — the seasons, like winter, spring, summer, and fall. It’s a symbol of the sun; it’s also used as a compass. And it just means so many powerful things and it’s so ancient.” He continued, “I hated how it got stolen and turned into a symbol of hate and negativity. … One of the reasons I got it tattooed on my throat is because the Buddha has it on his throat. It’s because he speaks the truth and that’s what I do.”

When fans claimed he was anti-Semitic, Reyes shot back and argued that they know nothing about him if they believe that, even claiming to be Jewish on his father’s side. He once again described the symbol as a “Buddhist cross” and pointed to its meanings in various cultures. Although the swastika does have a vast history, it’s predominantly considered a Nazi symbol. Von D publicly supported her husband and reasoned that such “hate” comes with the territory.