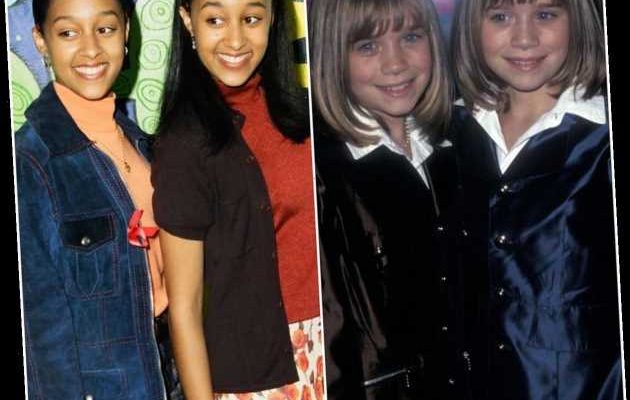 Tia and Tamera Mowry were many things back in the 1990s. Not only were they two of the most famous sitcom stars in Hollywood as well as iconic teen sensations, but they were also celebrity babysitters who once watched over fellow child actors Mary-Kate and Ashley Olsen.

Talk about the coolest babysitting gig ever!

When you think of celebrity twin pairs, only two come to mind: Tia and Tamera Mowry and Mary-Kate and Ashley Olsen.

The actors rose to fame in the 1990s thanks to their respective sitcoms Sister, Sister, and Full House, both of which solidified the twins’ place in pop culture history.

Sister, Sister premiered on ABC back in 1994 and followed twin sisters who were separated at birth and meet each other by chance in a shopping mall. The show aired for six successful seasons before being canceled in 1999.

Unlike Tia and Tamera, who rose to fame during their teenage years, Mary-Kate and Ashley Olsen became household names before they could even talk. At the age of nine months, the Olsen sisters began appearing on the television sitcom Full House, which ran from 1987 to 1995.

Tia and Tamera were Mary-Kate and Ashley’s babysitters

Though Tia and Tamera were best known for their hit sitcom back in the 1990s, it turns out that acting wasn’t their only job back in the day.

During a 2015 guest appearance on The Meredith Vieira Show, Tia Mowry revealed that before she and her sister landed their hit tv show, they were Mary-Kate and Ashley Olsen’s babysitters.

“We would actually babysit the Olsen twins,” the mother of two shared. “The producers that would hang around on the set, they’re like, ‘These girls, they’re so adorable.’”

According to Mowry, she and Tamera were enlisted by Mary-Kate and Ashley Olsen’s parents to babysit them, whom they met while visiting the Full House set. The set is also where the Mowry sisters were discovered.

“My brother, he played Teddy [on Full House], and so we would always go and visit the set,” Mowry continued, before adding, “We even did a guest spot on Full House. It’s kind of like where we got our first start.”

Though the actor didn’t open up about how long she and her sister babysat the Olsen twins, she did reveal whether or not they’re still in contact with each other today.

“I mean, we’re not friends,” she said of the style icons. “But of course if we see each other we will say hi.”