A lot has changed from the first season of Homecoming to the second. The cast has changed—Julia Roberts’ lead character is replaced by a new lead played by Janelle Monáe—and the story being told is only seven episodes long (after the first season’s 10). But despite these changes of varying degree, the second season still feels like Homecoming, and that’s due in large part to the music that comes along with the show.

While there are a few songs you might recognize included in the second season of Homecoming, most of the music you’ll hear comes from composer Emile Mosseri. Mosseri has proven adept at capturing very specific moods to match his projects; before his Bernard Herrmann–esque score for the show’s second season, he captured the lighter tone of the 2019 A24 film The Last Black Man In San Francisco.

In addition to Mosseri’s impressive original score, there are also a few songs you may recognize that play throughout the show. At the Geist party that we visit a couple different times, we see different vantage points of a speech given by company founder Leonard Geist (Chris Cooper), which seems to go off the rails. Audrey Temple (Hong Chau) cuts his mic and keeps the party moving, having balloons fall from the sky and blasting Fleetwood Mac’s iconic “Don’t Stop.”

At the very end of the season, after Walter and Leonard have succeeded with their plot to thwart whatever the bigger plans were with the memory-erasing drug following the Geist party, another recognizable song begins to play as Walter leaves the headquarters, gets into his truck, and finally looks at his file. The groovy, old school-sounding song is indeed an old one: Nina Simone’s cover of “My Way.” It’s far from the first time a television show or movie has played the song, but it fits accordingly nonetheless.

Those are the songs with the biggest roles in the series, and most of the other music you’re hearing is the Herrman/Hitchcock-inspired compositions from Emile Mosseri, which you can stream below via Spotify. 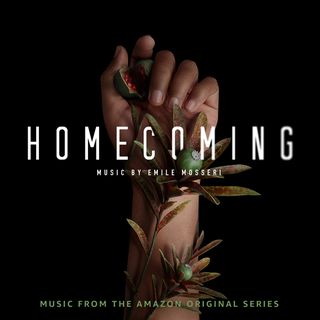