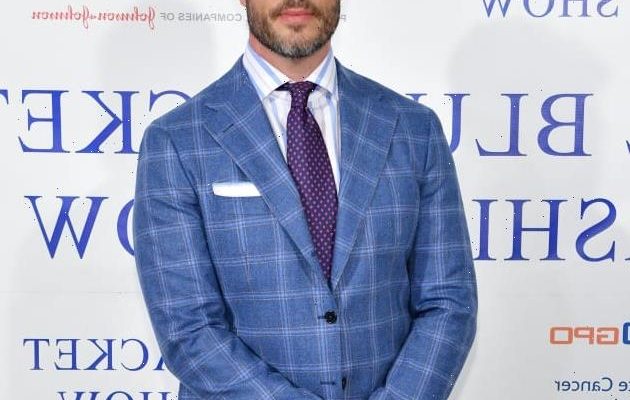 Jesse Palmer has accepted a rose from ABC.

In a manner of speaking, that is.

On Tuesday night, the network made the surprising announcement that the former series lead and current college football analyst would step in and host The Bachelor Season 26.

He’ll be the first person to emcee this franchise other than Chris Harrison.

“For more than 20 years, The Bachelor has brought the world dozens of unforgettable love stories, including at one time, my own,” the ESPN personality said in a statement.

“Falling in love is one of life’s greatest gifts.

“I am humbled by the opportunity to return to the show as host this season to offer the newest Bachelor advice gained from firsthand experience.

“I am grateful to play a small part in his journey.”

Harrison, of course, stepped into scalding hot water during Matt James’ run as The Bachelor in early 2021.

He awkwardly defended contestant Rachael Kirkconnell after old social media posts of her surfaced in which she Liked photos of the Confederate Flag and bragged about attending a plantation-themed sorority party.

The long-time host apologized multiple times for the way he handled the situation and voluntarily stepped aside at the time.

A few months later, Harrison and executives agreed he ought to leave the show permanent… with sources claiming Harrison walked away with $25 million in hush money/buyout mone.

“I’ve had a truly incredible run as host of The Bachelor franchise and now I’m excited to start a new chapter,” he wrote in June via Instagram.

“I’m so grateful to Bachelor Nation for all of the memories we’ve made together.

“While my two-decade journey is wrapping up, the friendships I’ve made will last a lifetime.”

Harrison has said next to nothing in public in the time since.

Kaitlyn Bristowe and Tayshia Adams, meanwhile, came on board to host Katie Thurston’s season of The Bachelorette, and will do the same this fall for Michelle Young.

Last week, numerous outlets confirmed that Clayton Echard — a contestant on Young’s upcoming season — would anchor the next season of The Bachelor, which is expected to premiere in January.

You can meet the women he’ll be selecting a fiancee from here:

Clayton Echard as The Bachelor: Meet His Sizzling Suitors!Start Gallery

Palmer, for his part, played quarterback at the University of Florida and was drafted in the fourth round of the NFL by the New York Giants.

He only played in 8 total professional games and compiled a 59.8 rating in the process.

More relevantly to The Bachelor, Palmer was front and center on Season 5.

He chose Jessica Bowlin as his winner, although the duo broke up shortly after the series aired and Palmer is now engaged to model Emely Fardo.

Palmer has also hosted several reality shows over the years — including The Proposal, Holiday Baking Championship and The Ultimate Surfer — and seems to be a safe choice by producers.

Said ABC Entertainment and Warner Horizon this summer after the companies basically forced Harrison out:

“Chris Harrison is stepping aside as host of The Bachelor franchise.

“We are thankful for his many contributions over the past 20 years and wish him all the best on his new journey.”