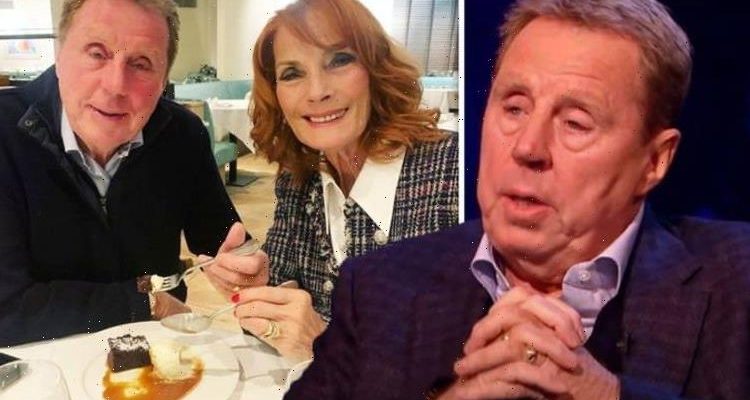 Former I’m A Celebrity… Get Me Out Of Here! winner Harry Redknapp, 74, has addressed the root of his “bickering” with his wife of more than 50 years, Sandra, 74. Speaking to Jeremy VIne, the former Tottenham Hotspur manager shared that he and his spouse often disagree over what to watch on TV, which can lead to the football expert potentially going hungry.

I’ll be watching the football, Sandra will be halfway through the soaps and that’s when the problems start

Asking the former sportsman about the secret to a happy marriage, Jeremy asked Harry on his Channel 5 show: “Do you and Sandra ever bicker about what to watch?”

Without hesitating, the former football manager replied: “Absolutely – well, I’ll be honest, we have got two televisions, but we have dinner in the kitchen where one of our TVs is and so when we sit down and have dinner that is when the problems start.”

He went on to explain that his and Sandra’s differing tastes in programmes often cause “problems” around the table.

“I’ll be watching the football, Sandra will be halfway through the soaps and that’s when the problems start,” he said.

Harry even admitted that if he didn’t watch what he said, he could go without dinner following a disagreement.

He explained: “Dinner could end up in the dustbin if I’m not careful.”

Revealing that Sandra is a huge fan of the goings-on in Albert Square, the former football manager addressed his recent cameo role in popular BBC soap EastEnders.

“It was great fun, I have followed it, Sandra watches it regularly and I watch it in bits and pieces over the years.

“I’m a real EastEnder, so I think they thought we’ll get him on for five minutes, it was good,” he continued.

Sandra was seriously injured when the star, who was driving his Range Rover at the time, ran over her foot.

The mother-of-two reportedly got her coat caught under the car as it pulled away, leading her to scream out in pain as she was dragged along a road in Bournemouth, causing the former Tottenham Hotspur manager to immediately brake.

Unfortunately, she had injured her foot and was bleeding heavily, so much so it stained the road.

The mother-of-two was rushed to hospital where she underwent surgery on her foot following the traumatic incident.

Speaking out about how he made amends with his wife after the freak accident, Harry told the podcast host the one simple thing he did, which proved to be a “shock” to his wife.

“It was a shock to her, it was the biggest shock she could have.”

The star went on to reveal that getting up before Sandra was no easy feat, as she wakes up at the crack of dawn every day.

He continued: “It’s very hard to take Sandra a cup of tea in bed, she gets up at 6am every morning, I don’t really want to be getting up at half past five.

“Getting up before my wife is not easy,” he added.