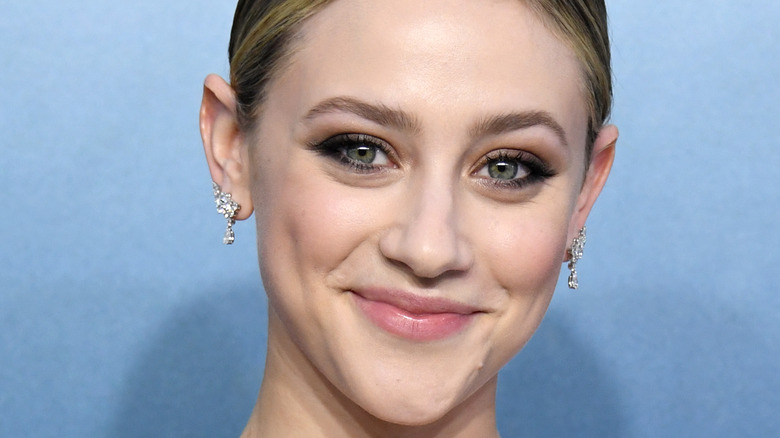 American actress and relatively new star, Lili Reinhart, has been everywhere since her “Riverdale” debut in 2017. From Instagram posts that make us swoon to her silly interviews, people can’t help but love Reinhart and her antics.

Reinhart has been outspoken on many different things like mental health, LGBTQIA+ rights, Black Lives Matter, self love, and more throughout her time in the spotlight. She knew acting was for her at a young age, but it wasn’t an easy story as she almost quit acting entirely when she was 18. But as fans know, she is truly a Cinderella story with her acting success story. From “Riverdale” to “Chemical Hearts,” she’s killing it in both films and TV.

As of June 2021, her production company “Small Victory Productions” signed a deal with Amazon Studios, and fans are losing it (via MSN). From humble beginnings to superstardom to mental health advocate, Lili Reinhart’s story is a wild one.

Not much is known about Lili's early childhood 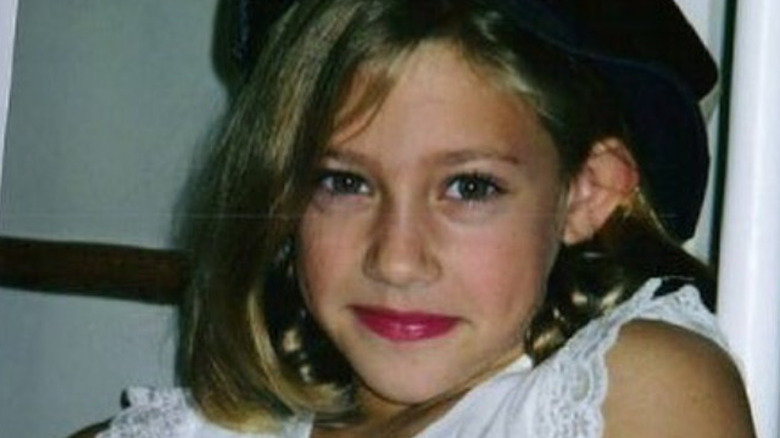 Born September 13, 1996, Lili Paulin Reinhart came into the world in a small town of Ohio. Her parents, Dane, who is a Vice President at Salem Distributing Inc, and Amy Reinhart also have two more daughters. The eldest named Chloe is now a clinical technician, and the youngest, Tess, is diving into the entertainment industry herself (via Body Height Weight). She is also now the godmother of a little girl named, Adeline, who is always all over Lili’s Instagram timeline.

Not too much is known about her childhood, since she likes to keep her family life private. In an interview with Centennial Beauty, Lili explained, “For myself, in the public eye, obviously, there are certain aspects of my life that I like to keep private. When it comes to any relationships that I’m in…also my family.” Understandably so. But if you gander at her Instagram, and go back far enough, you can see she had a pretty fun and loving childhood.

Her teen years were extremely tough on her 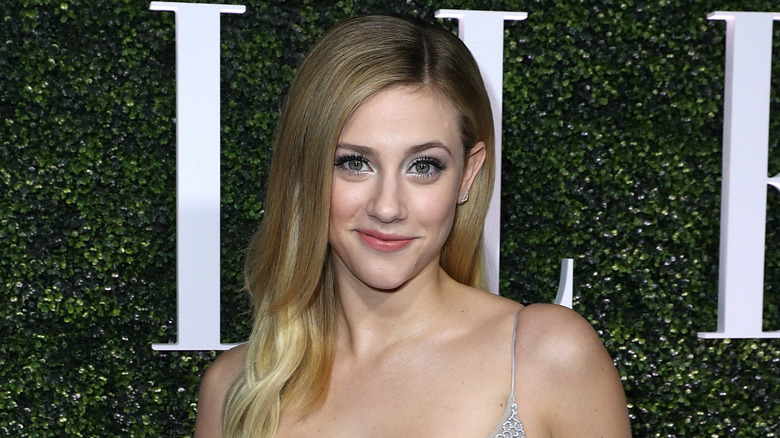 At the age of 10, Lili Reinhart caught the performance bug, falling in love with singing, acting, and dancing alike. For years, she’d take dancing and singing lessons. As for acting, she’d beg her mother to take her on auditions in New York. But she found some success in her hometown by signing with a local agent a year later and constantly performing community theater (via The Famous People).

Along with being an entertainment whiz, her family encouraged her to stay active in her school and try sports. While she claims she wasn’t good at them, her father consistently encouraged and coached her basketball and soccer team. Apparently, he’d always bring her flowers, per The Famous People, and that’s the sweetest thing in the world.

In an August 2020 interview with Buzzfeed, she talked about how her teen years were tough as she felt like she was in limbo. “I had to move away from my hometown, where I was born and grew up, when I was 16,” she recalled. “So I had to uproot my life, and that completely threw me for a loop.” She later added, “I went through an awful depression where I just felt like, ‘Who the hell am I? Am I chasing the right dream?'”

Lili threw up every night from anxiety when she lived in L.A. 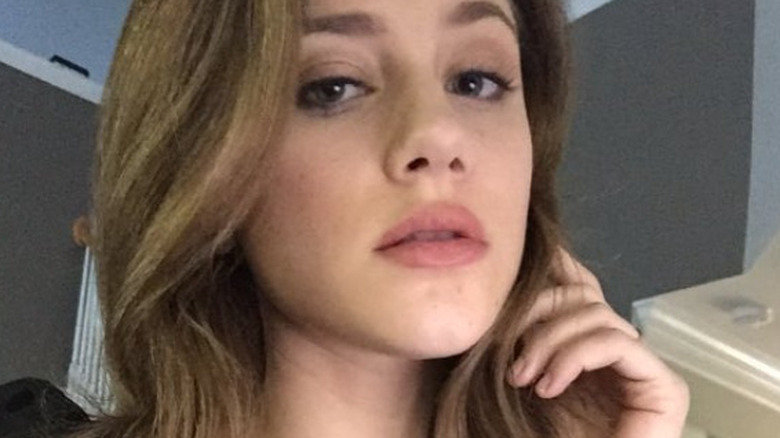 Lili Reinhart moved to Los Angeles at the age of 18, and changed agencies soon after (via The Famous People). Before moving to L.A., Reinhart had film roles here and there before she even turned 18 such as starring as Lilith in “Lilith,” “Forever’s End,” and “The Kings of Summer” (via IMDb). But after the move, she decided to try acting full-time with very little success.

She was cast as a recurring character in the short-lived series, “Surviving Jack” which was cancelled after only one season. She then decided to move back to North Carolina with her family for a few months to take care of her mental health, but decided to give LA one more shot or throw in the towel forever (via Nylon).

In an interview with Refinery29, Reinhart confessed that her first bout of L.A. living was the worst. “When I first moved to L.A., my anxiety was so bad that I was throwing up every night.” But after giving the major city one more try, she was cast in “Riverdale” a month later.

When Riverdale blew up, Lili stayed true to herself 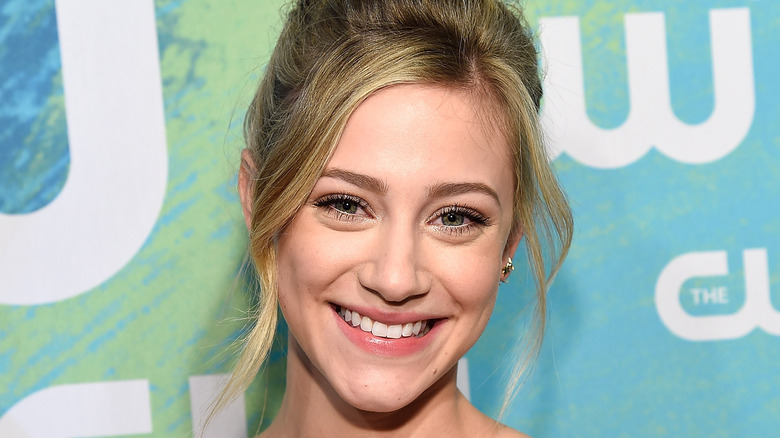 As many people know, “Riverdale” put Lili Reinhart on the map, shooting her into superstardom. Reinhart was cast as Betty Cooper, a good girl journalist who constantly seeks the truth. The first season grew a huge fanbase almost instantly, putting the stars in the spotlight.

In a Cosmopolitan interview with co-star Camila Mendes, they talked about how their lives changed overnight and they agreed balancing time was a struggle. Reinhart explained, “When we’re filming, Cole encourages us, ‘Go out and travel on the weekends when you’re not filming!’ But I know what I need and I know that I need to sleep.”

She later talked about her public image, and that fact that she now even had a “public image,” reflecting, “I never had to do anything specific to craft my ‘image.’ I wanted people to know that I was a goofball, that I didn’t take myself too seriously, and that I love what I do.”

As fans may already recall, Riverdale has been renewed for a sixth season – and yes, Reinhart will be returning as Betty (via Fansided).

Lili wants to take on darker roles in the future 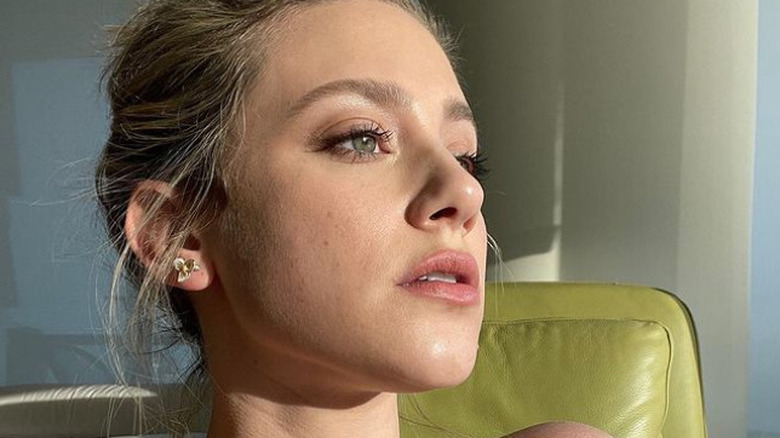 In between her time on “Riverdale,” Lili Reinhart has had roles in “Chemical Hearts,” “Charlie’s Angels,” and “Hustlers,” and she’s loving her darker characters, and is very drawn to them (via IMDb).

In an interview with Buzzfeed, she says she wants to continue doing more of those roles, and that she’s more or less done with teenager roles. “Teen drama and teen films have never been something that I always enjoyed, because I didn’t get anything out of them,” she confessed. “They weren’t realistic. It was just entertainment, and I wasn’t taking away anything from them.”

She continued saying, “My favorite movies are the ones that had an impact on me emotionally, like, ‘Oh that means something to me.’ It stuck with me for more than five minutes after it ended.” She went on to say she appreciates teen films, but she wants her career to take a grittier trajectory.

Lili is now a published poet 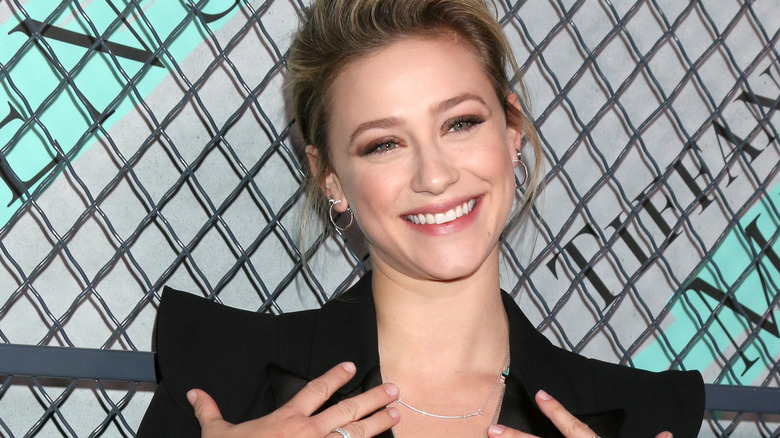 Along with being a wildly talented actress, Lili Reinhart dived into the world of writing with her debut poetry novel, New York Times bestselling book titled, “Swimming Lessons.” After it’s success, she still doesn’t consider herself a poet as she told Nylon. “I still don’t even consider myself a poet. I really don’t.” She continued saying, “I don’t even think of it as really poems — more as, ‘Here are my pretty thoughts. Here are my thoughts worded in a beautiful way.”

In the same interview, she said when recording the audio-book, she grew teary-eyed over the experience. “It was hard, but that’s the beauty of it,” she added. “That’s why I wrote it all.” She continued, “I want to remember everything that I feel, and know at the end of the day that I lived a thorough human experience.”

It’s unknown if another novel is in the works, but it’s safe to say fans are more than excited for another installment.

In 2020, she came out in an Instagram story post that says, “Although I’ve never announced it publicly before, I am a proud bisexual woman,” while she was promoting a Black Lives Matter protest (via Seventeen). In an interview with Flaunt Magazine, Lili explained that she always knew she was bisexual.

She shared, “I knew full well that I was attracted to women from a young age.” But she said she was afraid about coming out to the media, added, “I felt that since I’ve exclusively been in heteronormative relationships, it would be too easy for any outsider, especially the media, to vilify me and accuse me of faking it to get attention. That’s not something I wanted to deal with.”

But both the media and fans flooded her with love, praising her for coming out. She also said that coming out was no surprise to her friends and family. She revealed, “To my close friends, and those in my life, my bisexuality has been no secret.”

She's on an ongoing path to loving herself 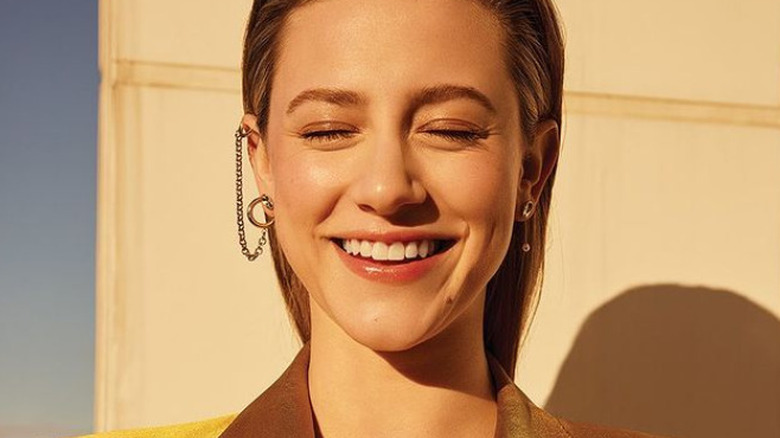 Reinhart has been quite outspoken with her mental health struggles and working on loving herself. She continually advocates to her fans to be themselves and love the skin that they’re in.

She told Nylon that she googled “mental health retreat” and decided to handle her mental health first. “When everything’s out of control, out of your hands, that’s when it feels like it’s very much doom and gloom. It’s also like, ‘But what a perfect opportunity to take control of what’s going on inside.'”

She continued saying, “This gave me a time to, for the first time in four years, step back and process what has happened in the past couple years, process my emotions, and just process my shit.”

In the same interview with Nylon, she discussed how hard it is sometimes. “I’ve been through [a lot], the last year, a lot of loss, I needed to learn self-love, basically. It’s a very hard thing to do. How the f**k do you love yourself?” But it seems that she’s killing it one day at a time.

If you or someone you know is struggling with mental health, please contact the Crisis Text Line by texting HOME to 741741, call the National Alliance on Mental Illness helpline at 1-800-950-NAMI (6264), or visit the National Institute of Mental Health website.