Stanley Tucci is providing more details about his past cancer diagnosis and the difficult months he faced while fighting it.

Tucci, whose acting credits include “The Hunger Games” and “Supernova,” released a memoir on Tuesday titled “Taste: My Life Through Food,” in which he writes about how his love of food has played a significant role in his life.

The famous foodie was raised by a mother who loves to cook – and while he resembles the same interest in the kitchen, he admitted that he couldn’t taste at all when he was fighting cancer three years ago.

“It was devastating,” Tucci reflected to the “GMA” hosts. Tucci opened up this year about surviving oral cancer three years ago. He recalled on Tuesday that the tumor he had on his tongue was “too large” to operate on, so his only other options were “high-dose radiation and chemotherapy.”

“Luckily, the cure rate was very high,” Tucci said, noting that he was also fortunate it had not metastasized. “So it’s three years later now and everything is fine, but I was unable to eat solid food for six months.”

Tucci said he lost 30 pounds during that time. “My taste buds and saliva glands were destroyed as was the inside of my mouth, and it’s taken really two years to get back to almost normal.”

Despite the turbulent time, Tucci shared how grateful he is to be ok.

“That said, it’s a small price to pay for being alive and being able to accompany my family,” he said. 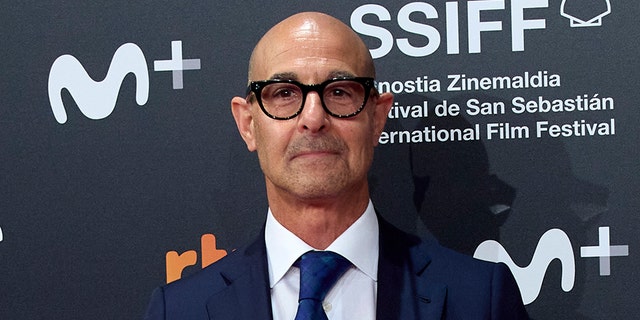 The “Devil Wears Prada” actor was also asked about his role in the movie some 15 years after its debut. He admitted that while nothing is in the works, he didn’t want his time on set to end.

“I met Emily [Blunt] and got to know Meryl [Streep] really well. Just a wonderful, wonderful experience,” he added.

In an interview with Vera magazine last month, Tucci said he now feels older after undergoing the successful cancer treatment.

“[Cancer] makes you more afraid and less afraid at the same time. I feel much older than I did before I was sick. But you still want to get ahead and get things done.”