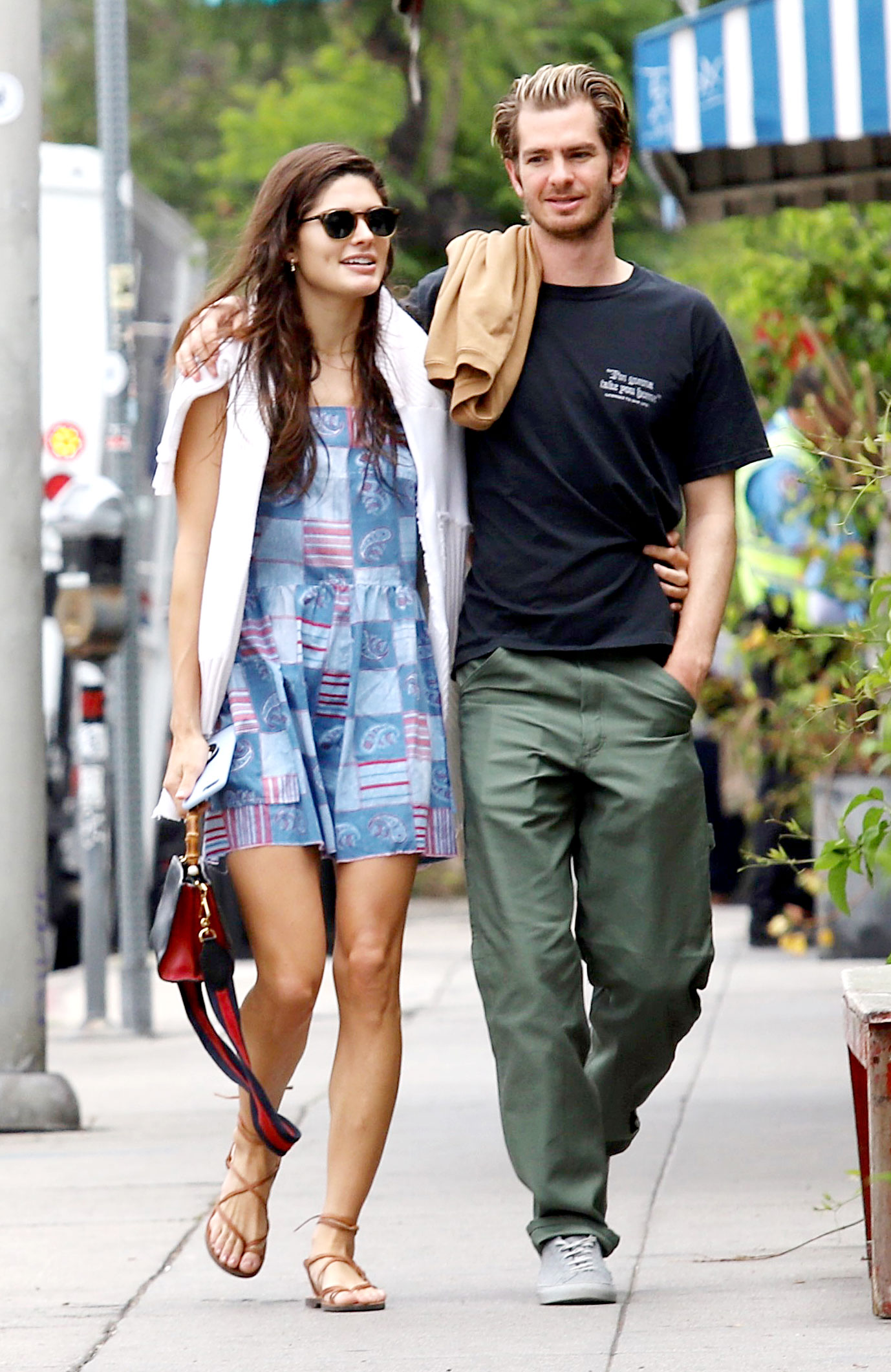 Radar Online was first to report the news of the pairing. The actor, 35, and the medical student, 25, were spotted getting cozy on Tuesday, July 9, while out for a walk in Los Angeles. Garfield affectionately draped his arm around Gabel’s shoulder.

The University of Southern California alum, who is also a model, wore a blue-and-red printed sundress, a white cardigan, brown sandals and sunglasses. The Amazing Spider-Man star, for his part, sported a black T-shirt, green pants and sneakers.

The new romance comes after Garfield was linked to a string of famous ladies. Us Weekly confirmed in September 2018 that the Oscar nominee was dating Jessica Jones actress Susie Abromeit. The duo were seen flaunting PDA on several occasions that month, kissing on a Malibu beach, having dinner together at Malibu’s Inn of the Seventh Ray and visiting Disneyland.

“They were laughing about something,” an onlooker told Us at the time of their date at the happiest place on Earth. The insider added that they were “having a fun day.”

By November, the Tony winner sparked relationship rumors with Rita Ora. However, the Mirror reported in March that they “fizzled out.” A source told The Sun that the split was due to the fact that Garfield “wanted to lead a more private life.”

Days later, the Hacksaw Ridge star cuddled up to comedian Aisling Bea at the London production of Hamilton.

Garfield previously dated his Amazing Spider-Man costar Emma Stone from 2012 to 2015. “We care about each other so much and that’s a given, that’s kind of this unconditional thing,” he gushed about his ex in a January 2017 interview with Vanity Fair. “There’s so much love between us and so much respect. I’m her biggest fan as an artist.”

The Social Network actor spoke out about his sexuality in February 2018, telling Out magazine that while he has “only been sexually attracted to women” thus far, he has “an openness to any impulses that may arise within me at any time.”