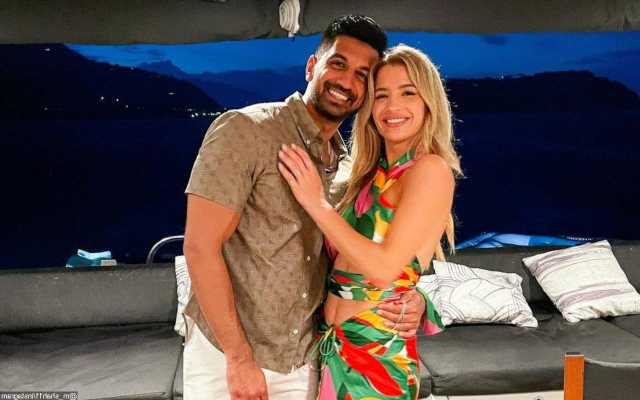 Taking to her social media account, the former Bravo personality appears to confirm rumors that the anesthesiologist cheats on her with the mention of ‘betrayal’ in the post.

AceShowbiz -Former “Southern Charm” star Naomie Olindo opened up about her breakup with Metul Shah. Taking to her social media account, the TV star also appeared to confirm rumors that Metul cheated on her with the mention of “betrayal” in the post.

“Nothing will be worse than losing my dad but this is a close second,” so Naomie wrote on Instagram Story on Tuesday, July 13. She went on to say, “betrayal is never easy for anyone and I’m just so sorry to anyone else that has stumbled across those terrible messages.”

Naomie continued, “I’m absolutely positive I will regret posting this tomorrow but so many of you have reached out saying you’re feeling a similar pain. I’m so so sorry.”

While representatives for Naomie and Metul have yet to comment on their split, Naomie’s agent Paul Desisto confirmed the end of the pair’s romantic relationship in a statement to PEOPLE. “Naomie and Metul are no longer together,” he shared. “She is back in Charleston and plans to stay there for the time being.”

“She’s seen what reality television can do to relationships and isn’t interested in exposing herself again to that kind of scrutiny,” a source previously said of Naomie’s decision to exit the Bravo show, adding that she wanted to focus on her relationship with Metul. “She’s got a great partner in Metul. They are very much in love and there’s no reason to mess with that.”

Of dating the anesthesiologist, Naomie previously said, “I’m very, very happy.” He further gushed over her then-boyfriend, calling him a “wonderful” person. Prior to dating Metul, Naomie was linked to former “Southern Charm” co-star Craig Conover.