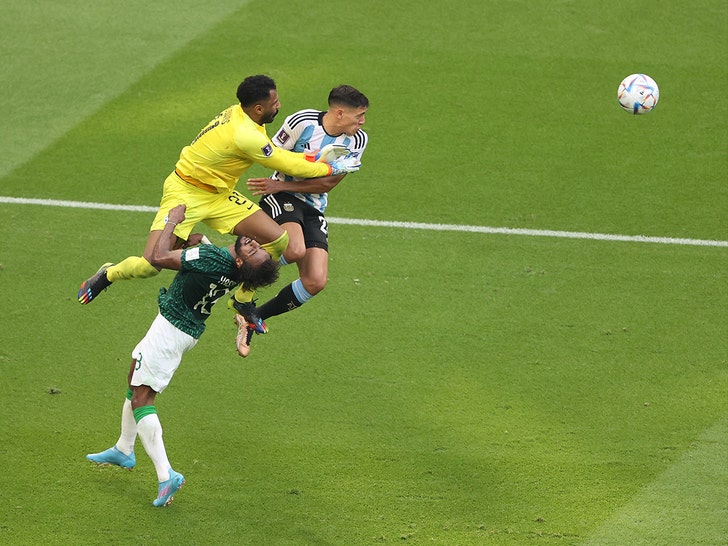 The World Cup looked more like a UFC fight on Tuesday … when Saudi Arabia soccer star Yasser Al-Shahrani was knocked out cold after he was accidentally kneed in the face by his own goalkeeper.

The moment went down during Saudi Arabia’s surprise win over Lionel Messi and Argentina … when keeper Mohammed Al-Owais went up to defend the ball during the final minutes of the match, but ended up going all Jorge Masvidal on Al-Shahrani.

The 30-year-old defender hit the grass hard … and the medical team immediately rushed out onto the pitch to assist.

Thankfully, Al-Shahrani came to and was able to give the crowd a thumbs up to show he was alert. 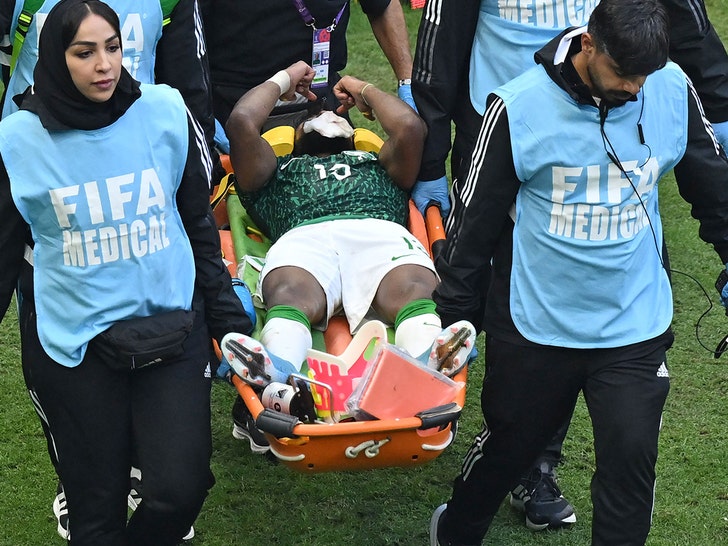 Al-Owais was clearly upset about the accident … going down to his knees in disbelief after making contact with Al-Shahrani’s jaw.

But the match eventually resumed … and Saudi Arabia was able to pull off the shocking 2-1 win over Messi’s squad.

It’s a huge upset win for Saudi Arabia — the team was ranked one of the worst heading into the event in Qatar … with Argentina being one of the favorites to win it all.