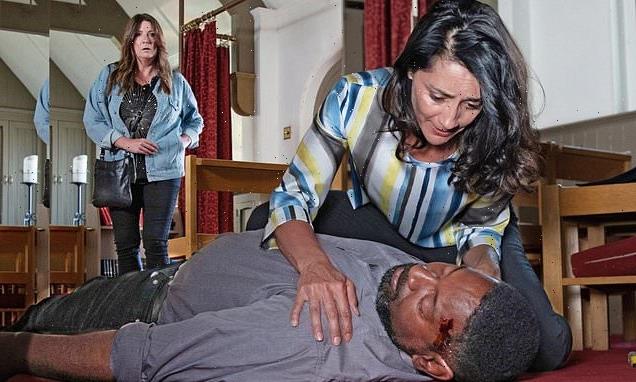 Soapwatch with JACI STEPHEN: Charles is out for the count in Emmerdale 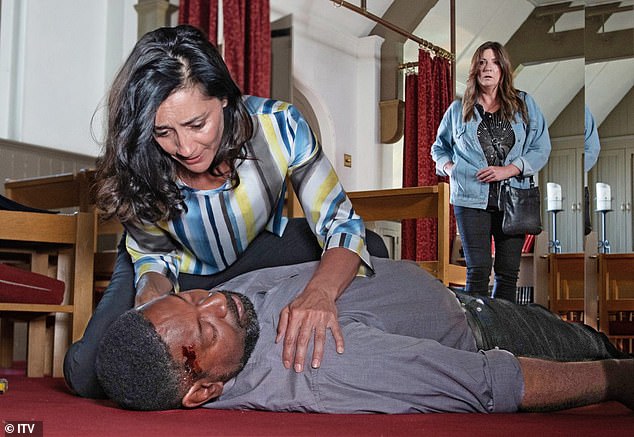 Has there ever been such an action-packed church in the history of Christianity? Disastrous weddings and funerals, illicit liaisons in the vestry – and let’s not forget 2002, when Zoe Tate burned down the original establishment and was sectioned under the Mental Health Act.

Now, after Naomi agrees to talk things through with Charles, there’s a big argument, and when Manpreet arrives at the church she’s shocked to find an angry Naomi heading out and an unconscious Charles inside. So, in no time, he’s back at the hospital. Is there a bed with his nameplate on it?

He was in there last in October, which is hogging the NHS limelight a tad. And again, Manpreet’s at his bedside (it’ll be her getting bedsores at this rate), where Ethan is shocked when Manpreet compares Naomi’s actions to Meena’s. Stay unconscious, Charles; it’s a minefield out there.

How does Emmerdale’s Lawrence Robb (Mack) switch off after an intense day? If he’s not going over the next day’s scenes, it’s walking, gym or PS5 games. Sign me up for that gym, please.

At least Harriet gets to see some action now she’s back working as a copper, and she arrests Naomi on suspicion of assault. That is one power-hungry vicar/policewoman.

It’s a bad week for Charity and Mackenzie when they lose their baby, but in better news, Jai and Laurel try to rekindle their relationship. They’re excited and can’t wait to tell the kids, but will the youngsters feel the same?

‘Yes, we know Daddy’s a druggie and Mummy’s an alcoholic, but guess what?! They’re together again.’ Child psychologist alert!

In a week of exam results in Soapland, Jacob receives excellent grades, but declares he’s still not going to university. Er, when did Jacob ever open a book?

The only ‘studying’ he ever did was when he was being groomed by Maya, and we all know how that ended up. Will anyone be able to change his mind?

Please, yes; I’ll hop on a bus myself and drag him to uni if it prevents us being subjected to any more of his misery. 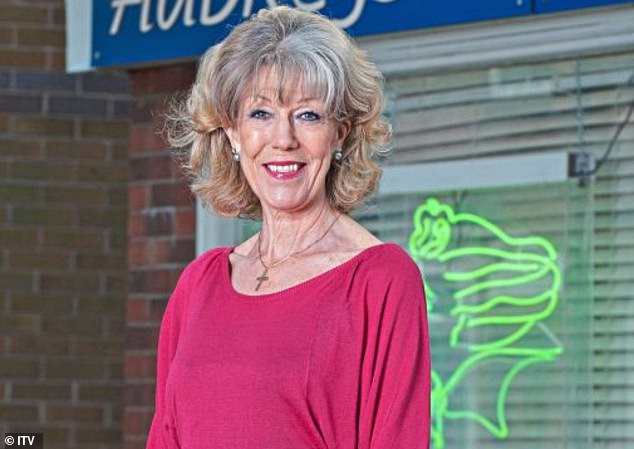 Audrey (pictured) admits to Ken, Claudia and Rita that she tried to take her own life in Coronation Street

Someone give Faye a break…

‘She’s not had a very easy life, has she?’ says Corrie’s Ellie Leach, who plays Faye.

You’re telling me. Let’s start with the surname, Windass – how much worse could that be?

Adopted after her mum died of a heroin overdose, Faye then gave birth at 13, was blackmailed by Ray Crosby into having sex with him, and sentenced to jailtime for attacking Adam (who she mistook for Ray).

Now, she’s having a premature menopause at just 20. Can’t she just go out and enjoy Pizza Hut once in a while?

How great is Sue Nicholls? Her portrayal of Audrey, surrounded by family but still lonely, is one of the most poignant storylines the show’s delivered. The UK isn’t kind to its ageing population, and Audrey’s frustration with those around her is incredibly moving.

When she tells Claudia, Ken and Rita that she tried to kill herself, it’s shocking and upsetting, but seems to be a wake-up call and so she decides to revamp the salon (clients, beware).

Sinister Arrival Stephen (SAS) is sure something’s amiss, but Audrey fobs him off with lies, which don’t deter him from pushing her to sign over the trust fund paperwork. No, Audrey! Did you learn nothing from the debacle with Lewis?

Stephen’s more slippery than an eel in olive oil. The SAS is also up to no good when he suggests energising Underworld’s website.

Sarah’s impressed – no surprises there though.

Life’s less rosy for Craig and Faye when she tells him off for humiliating her in front of her boss. Despite Craig giving her a nightie to keep her cool when in bed, she’s distraught.

Next thing you know, Craig’s packing his bags. Plural? Does he even own more than two shirts?

EASTENDERS: IS LEWIS ABOUT TO MEET HIS MAKER? 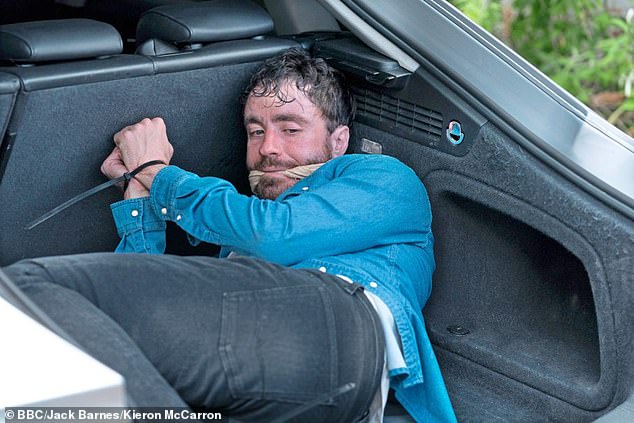 Sam reveals to Phil that Lewis (pictured) is tied up in the boot of the car. Sam drives him to a warehouse, but does Phil think that bumping off Lewis is the best idea?

And here it comes again! They really can’t get enough of that gun from the props cupboard.

This time, Sam has it and reveals to Phil that Lewis is tied up in the boot of the car. Methinks they’ve been watching too much Emmerdale, where characters spend more time in car boots than they do in the Woolpack.

Reluctant as Phil is to participate (at first), Sam drives him to a warehouse, but does Phil think that bumping off Lewis is the best idea? A warehouse?

Never a good option. It’s like those crime dramas in which people think it’s a great idea to park on the roof of a multi-storey car park, or criminals decide to live on the top floor of a block of council flats.

A warehouse is the same thing: you’re trapped. Here’s another thought: why, if they know a spare warehouse, are the Mitchells always hiding things in the club? Just sayin’.

Is Honey about to acquire a new love interest when Mr Lister, hoping to impress her, asks Lola for a mini makeover? Oh come on, that’s like ordering a tub of Häagen-Dazs from Satan: there’s no way that delivery is ever going to work out.

I predict an early contender for awards season: the show’s brilliant scene celebrating the England Lionesses’ win over Germany in the Euros. It was a masterclass in editing.