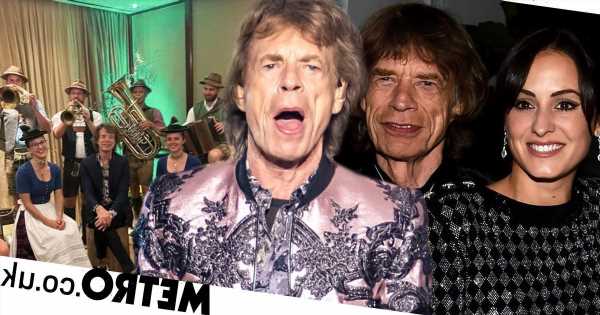 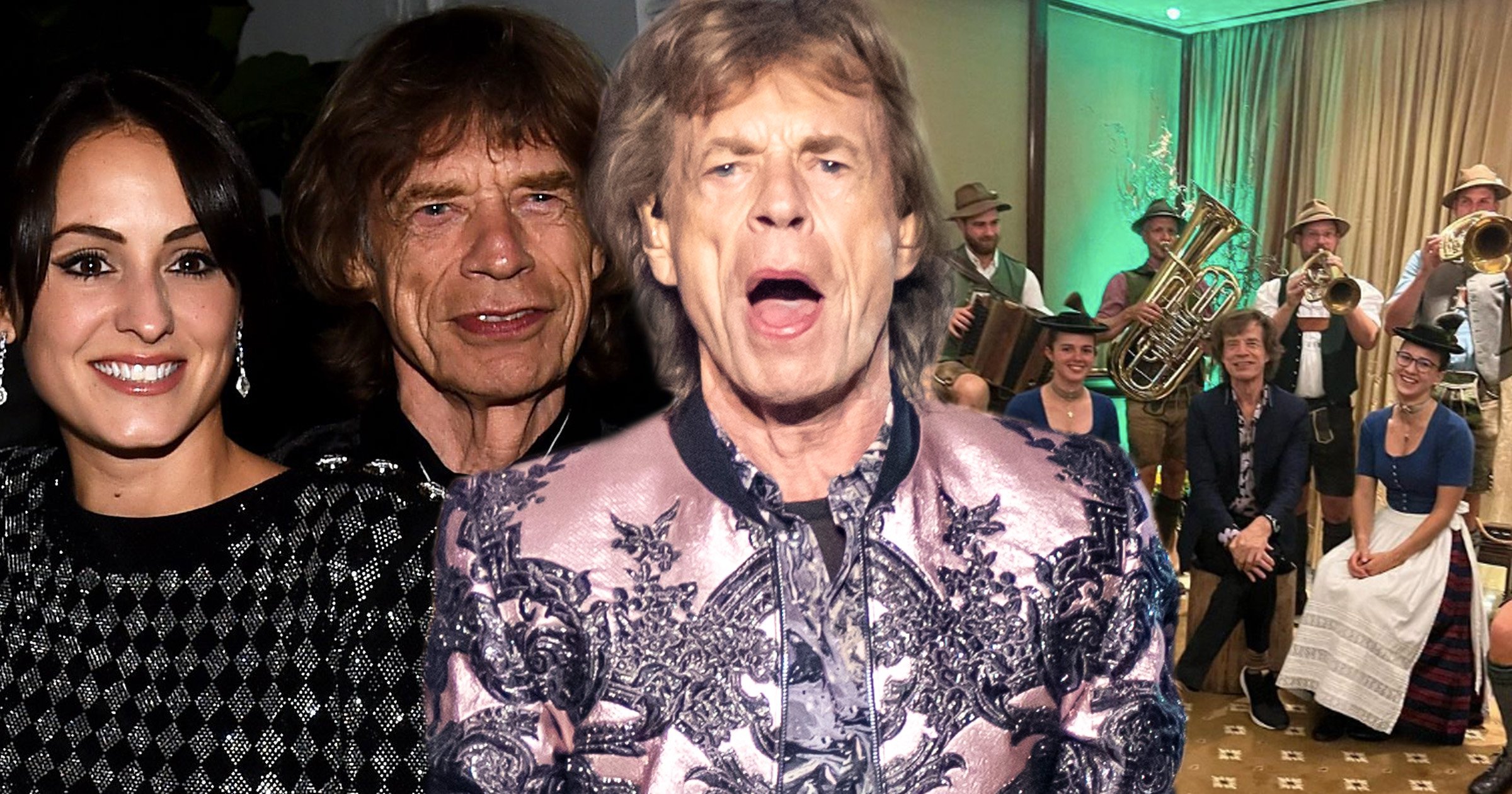 The Gimme Shelter singer marked the milestone on Tuesday while on tour with his band in Düsseldorf, Germany, for the band’s European 60th anniversary tour.

His girlfriend Melanie Hamrick, 35, and son Lucas, 23, were with him in the German city on Tuesday as he took a break from his performing schedule.

Pictures on Instagram showed him celebrating with a traditional German music band, and dancing with his family.

Lucas shared a snap captioned ‘Dadda’ of the party, while Melanie posted a clip of the dancers to her Instagram Story as they whirled around.

She captioned the post: ‘Fun birthday celebrations for my favourite person in the world!’

Sir Mick also posted a similar snap to his Instagram showing the German dancers and said: ‘Thank you for all your birthday wishes! Had a great one here in Düsseldorf! Xx’

Following on from their rocking of Hyde Park at the start of the month, The Rolling Stones have kept up with their rigorous touring schedule after postponing shows as a result of their front man testing positive for coronavirus.

He said last month he was ‘feeling much better’ on the band’s SIXTY tour and thanked his fans for their concern.

‘Thank you all so much for your well wishes and messages the last few days,’ the rock icon told his followers on social media.

‘I’m feeling much better and can’t wait to get back on stage next week! The Amsterdam date has been rescheduled for July 7 and we’ll have news of the new Bern date ASAP. See you soon! Mick.’

Melanie and Sir Mick share the music icon’s youngest child, five-year-old Deveraux, who has proven that the apple doesn’t fall far from the tree with his instantly recognisable pout – just like his dad.

As well as Deveraux, Sir Mick also has seven other children with four other women, with the eldest, daughter Karis – who he shares with actress and singer Marsha Hunt – being 46 years older, at 51.