Sinead O’Connor paid a heartbreaking tribute to her son Shane, 17, saying the teenager ‘decided to end his earthly struggle today.’

Sinead O’Connor is mourning the loss of her 17-year-old son Shane, who reportedly died by suicide. The “Nothing Compares 2 U” musician announced his death on Twitter early Saturday, January 8, writing, “My beautiful son, Nevi’im Nesta Ali Shane O’Connor, the very light of my life, decided to end his earthly struggle today and is now with God. May he rest in peace and may no one follow his example. My baby. I love you so much. Please be at peace.” In a second tweet, she added, “We will always be together. No boundary can separate us.”

The news comes two days after Shane was reported missing from the Tallaght Hospital in Dublin, Ireland. At the time, Sinead took to social media to plea, “This is a message for my son, Shane. Shane, it’s not funny any more all this going missing. You are scaring the crap out of me.” She then asked him to do the right thing and turn himself into a police station. “My world would collapse without you,” she added. “You are my heart. Please don’t stop it from beating. Please don’t harm yourself. Go to the Gardai and let’s get you to hospital.” 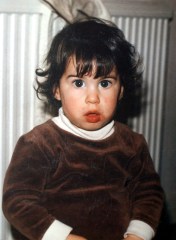 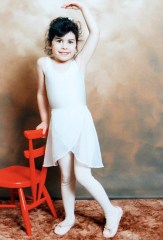 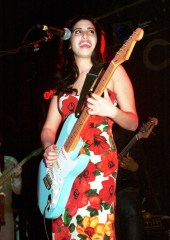 The police intensified the search and posted more information on the missing teen, per the Daily Mail, “Shane is described as being 5′ 6′ in height with short brown hair and blue eyes,” the police report read. “When last seen, he was wearing a black hoodie with a large print design in the centre, dark tracksuit pants, a wine coloured t-shirt and white runners.” As the search continued, Sinead threatened the hospital with a lawsuit if “anything happens” to her son. “Like, how has a seventeen year old traumatised young person WHO WAS ON SUICIDE WATCH in Tallaght Hosptial’s Lynn Ward been able to go missing???” she tweeted.

On Friday, the Gardai investigators released a statement, saying, “Following the recovery of a body in the Bray area of Wicklow on Friday, 7th January 2022, a Missing Person Appeal in respect of Shane O’Connor, 17 years, has been stood down.” A rep for Sinead also released a statement confirming the passing of Shane. “We politely ask for respect and appreciation for Sinead, Shane’s father and Shane’s family at this most difficult time.” Shane’s father is Sinead’s ex Donal Lunny, an Irish folk musician.