Sharon Stone, 64, has praised the newly-appointed King Charles III as a “loving” Monarch for making sure to mention Prince Harry and Meghan Markle in his first televised address as Monarch. This comes despite the family’s ‘feud’ since Harry and Meghan announced they were stepping down as senior members of the Royal Family in 2020.

THIS IS A LOVING KING.

Delighted over the news, the Hollywood star replied in view of her 3.3 million Instagram followers: “THIS IS A LOVING KING.”

In reference to the Sussexes, King Charles addressed his son and daughter-in-law during his first televised appearance as Monarch.”

He told the nation: “I also want to express my love for Harry and Meghan, as they continue to build their lives overseas.” 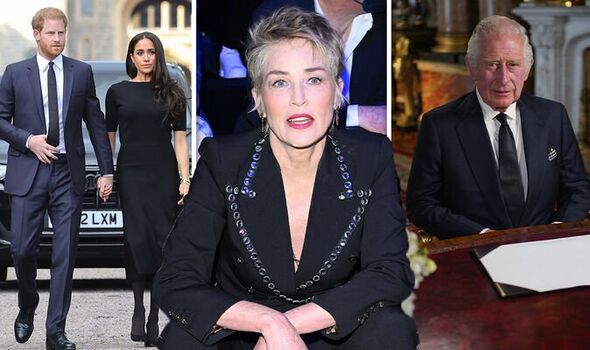 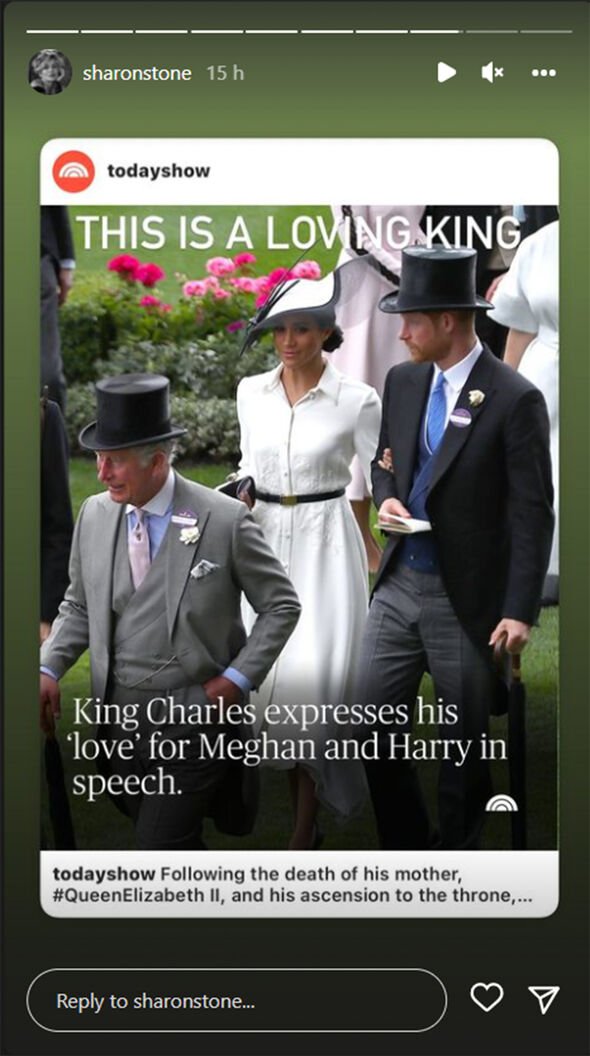 Sharon complimented the King for his “loving” embrace of his estranged family members despite their ongoing ‘feud’.

Since leaving the Royal Family in 2020 the duke and duchess have spoken very candidly about the tense relationships they now have with the Royals.

The pair began revealing a number of shocking claims with Oprah Winfrey last year in the tell-all interview.

However, Prince Harry had remained close with his grandmother, the late Queen, with the duke and duchess making their first joint return to the UK in April. 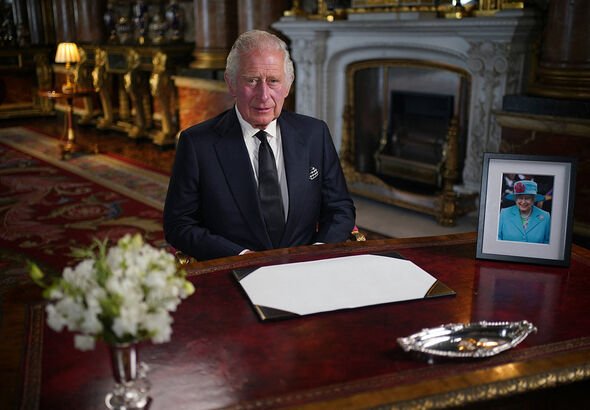 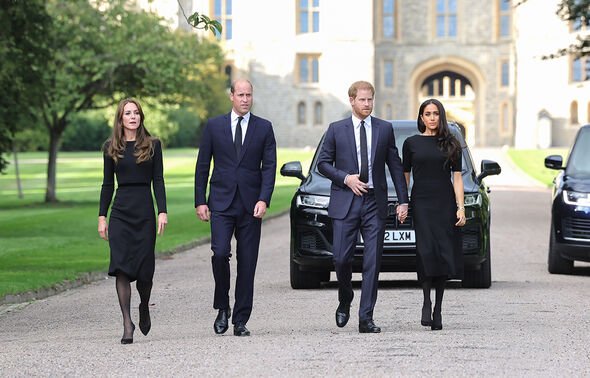 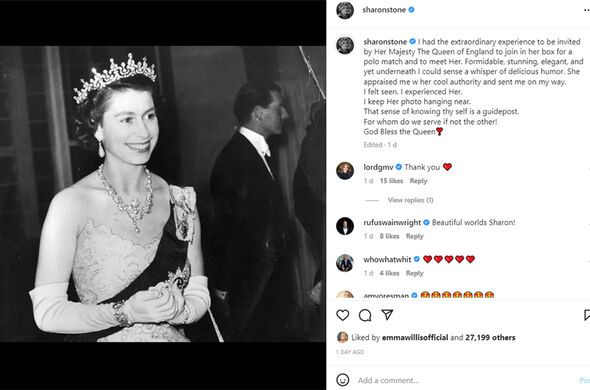 They stopped by Windsor Castle to visit the monarch, before travelling to the Netherlands for the Invictus Games.

The couple also returned to the UK in June for the Queen’s Platinum Jubilee celebrations.

On Thursday, amid concerns for the Queen’s health, Prince Harry flew to Scotland to join other members of the Royal Family at Balmoral Castle.

The duke, who was not joined in Scotland by Meghan, returned to London on Friday morning, with the couple expected to remain in the UK until the Queen’s funeral.

Sharon also took to Instagram on Thursday to share her condolences to the Royal Family as well as remember when they met.

The Basic Instinct star told her 3.3 million followers: “I had the extraordinary experience of being invited by Her Majesty The Queen of England to join in her box for a polo match and to meet Her.

“Formidable, stunning, elegant, and yet underneath I could sense a whisper of delicious humor.

“She appraised me [with] her cool authority and sent me on my way.”

The overawed actress continued: “I felt seen. I experienced Her. I keep Her photo hanging nearby.” (sic)

She then added a deeply philosophical twist to her Instagram message, reflecting: “That sense of knowing thy self is a guidepost.

“For whom do we serve if not the other! God Bless the Queen.”

The Queen’s death was announced at 6.30pm by Buckingham Palace, with Charles being proclaimed King earlier today at St James’s Palace in London.