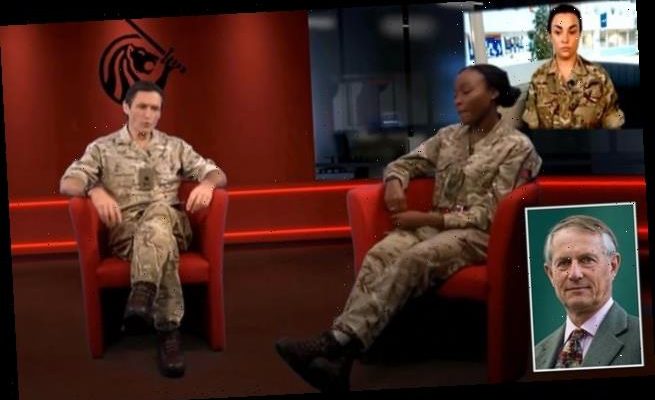 General Sir Mike Rose was Commanding Officer of the SAS when it brought the Iranian Embassy siege to an explosive end and, two years later, when it achieved extraordinary success in the Falklands War.

But he has arguably saved his most devastating assault till now.

It comes, I can disclose, in the form of a blistering letter to Lieutenant General Ivan Jones, Commander UK Field Army, who has posted a video online in which he chats with BAME and LGBT members of the Army — and a single mother — all of whom are described as his ‘reverse mentors’. 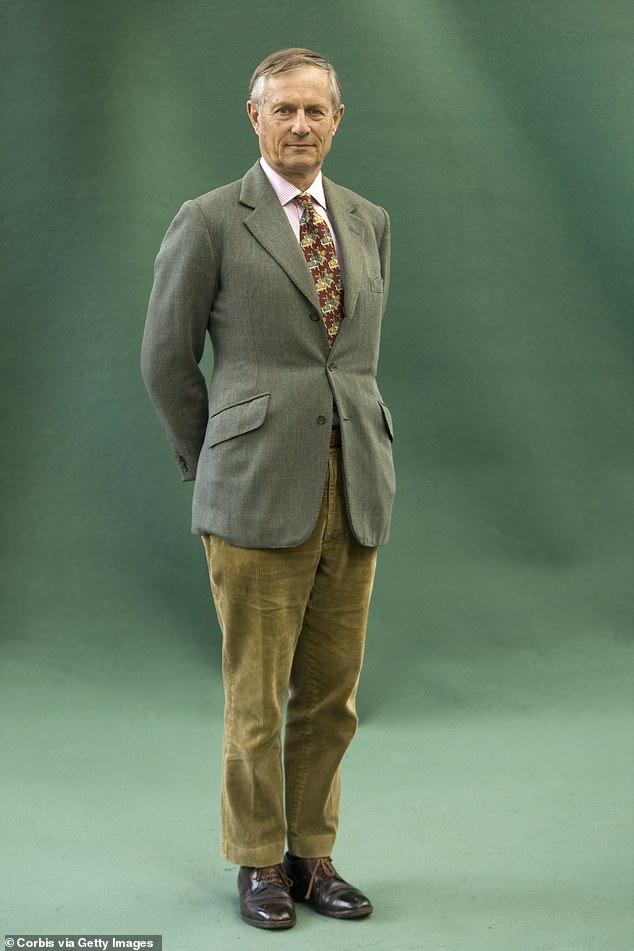 This, he explains, is because the implication of Jones’s cosy chat is that ‘diverse make-up of the team’ is as important, if not more so, ‘than the performance and outcome of that team’.

Accusing Jones of being ‘in danger of sowing dissension and undermining cohesion’, Rose asserts that a ‘focus on outcome rather than team diversity should surely be the overriding approach of the British Army today’.

Illustrating his point, Rose mentions how, while in Bosnia, he ensured New Zealand troops attached to a British battalion were ‘good rugby players’.

The ‘British’ battalion, heavily defeated by a Bosnian side in a previous game, ‘won the next match by a corresponding amount’ — by picking a side solely from ‘Maoris and Islanders’.

Rose adds: ‘I had no interest in the massively slewed racial diversity of the make-up of the team — only that we should win’. 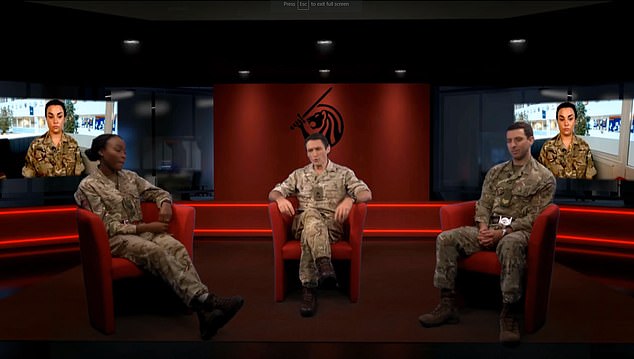 Lieutenant General Ivan Jones (centre), Commander UK Field Army, posted a video online (pictured) in which he chats with BAME and LGBT members of the Army — and a single mother — all of whom are described as his ‘reverse mentors’

He then directs Jones to the performance of Brigadier Mike Calvert, who, in Burma in World War II, ‘started to turn the tide against the invading Japanese Army.’ ‘He had no interest in worrying about whether he was a homosexual (he was) or whether he was truly “being himself”,’ reflects Rose.

‘Nor did he feel the need to engage in “open honest conversations” with his junior soldiers. He was too busy giving orders, leading from the front and killing Japanese.’

Rose also suggests if Jones is really intent on securing a better reflection of the UK in the Army today, he recruits ‘a Sikh battalion from the many Sikhs living in this country — a martial race whose forefathers fought gallantly for the British in two World Wars’.

Royals rarely enter the political fray but the demo in Capitol Hill spurred Pavlos, Crown Prince of Greece, who moved his family to the U.S. in 2017, to speak out.

‘But events in Washington DC are what the 25th Amendment was designed for [it allows the vice president to take over]. The President has disgraced the highest office and the democracy it stands for.’

Sienna to swap US for UK?

When actress Sienna Miller split up from her fiance, publishing boss Lucas Zwirner, four months ago, she returned from New York to London to be comforted by her older sister, Savannah.

Now I hear Sienna hopes to make the move more permanent after spending Christmas and New Year with her sister and family in the Cotswolds. 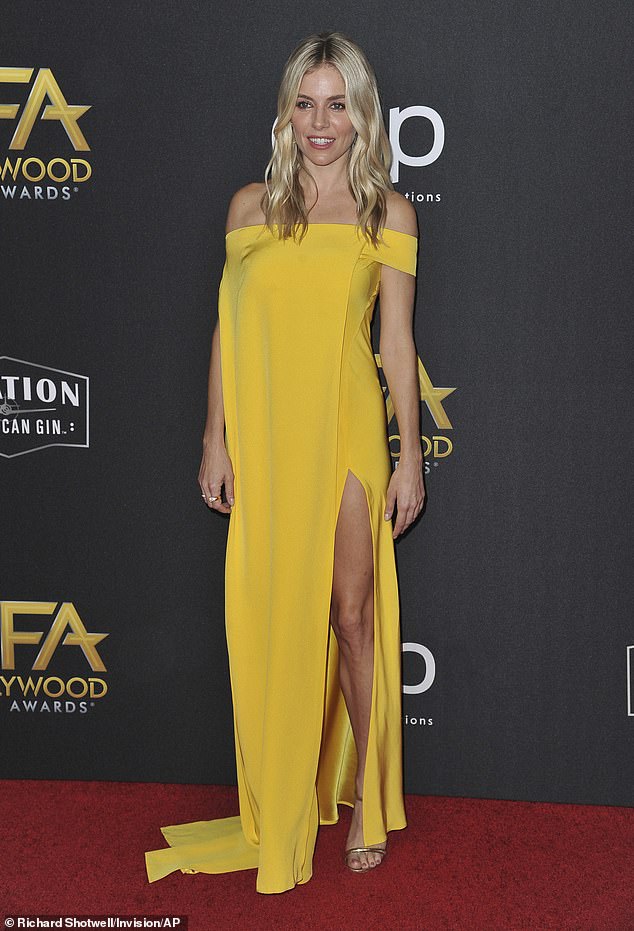 When actress Sienna Miller (pictured) split up from her fiance, publishing boss Lucas Zwirner, four months ago, she returned from New York to London to be comforted by her older sister, Savannah

‘With the pandemic and the political climate in the U.S., being near to family has never felt so important,’ says a source close to the 39-year-old mother of one, who moved to the U.S. in 2016.

‘She’s been talking to friends about moving back for good.’

‘I now know why I didn’t become BBC Chairman,’ says Kelvin MacKenzie, the former Sun editor who applied unsuccessfully for the role.

‘Unlike Richard Sharp I hadn’t given £400,000 to the Tories. Sharp is a former Goldman’s banker where he was [Chancellor, Rishi] Sunak’s boss and big in the arts world.

She’s Britain’s highest paid supermodel and her earnings are as eye-popping as her colourful private life with new accounts revealing Cara Delevingne has amassed a nest egg of £30.3 million.

And her company Cara & Co, which deals with her modelling and acting activities, report a turnover at £15.7m, and a pre-tax profit at £12.3m for the year ended December 2019. 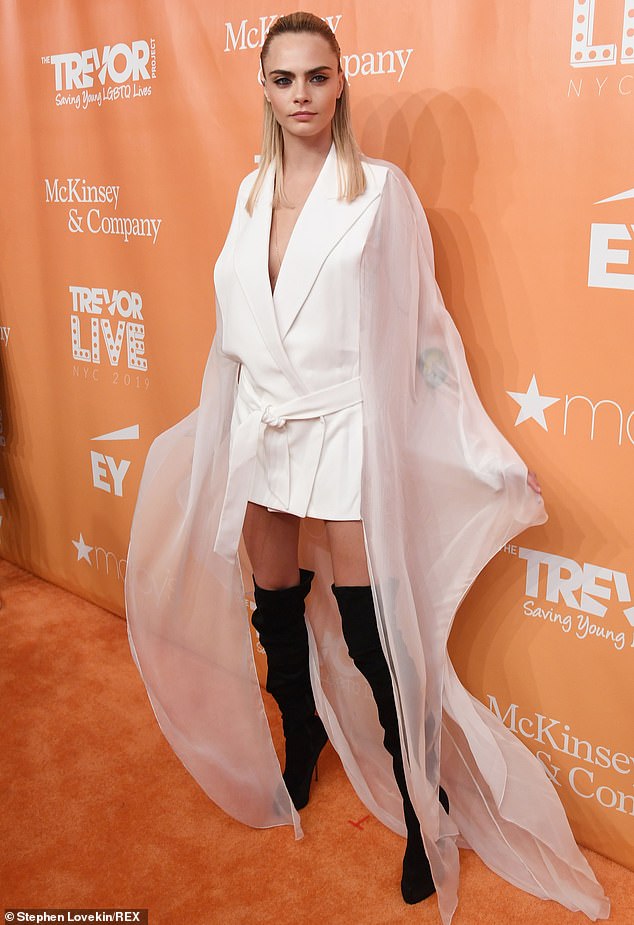 She’s Britain’s highest paid supermodel and her earnings are as eye-popping as her colourful private life with new accounts revealing Cara Delevingne (pictured) has amassed a nest egg of £30.3 million

Cara is also a director of her family’s property empire called Harvey White Properties Ltd, along with sisters Poppy and Chloe, and their father Charles.

Keith Richards is mourning the loss of his favourite English-style pub, Marc’s Place, in Connecticut where he has a home.

The Rolling Stones guitarist, 77, has been living with his daughter, Alexandra, 34, who says: ‘We’re heartbroken that one of our favourite family restaurants has closed due to the pandemic.’ Adding that it ‘was our go-to spot’.

The 20-year-old, whose mother is Noel’s ex, Meg Mathews, says: ‘People know my family, what they sound like, how they dress.

‘It disappoints people when they hear me, because they have a perception that I’m going to be so Mancunian, then I come along and sound so posh. 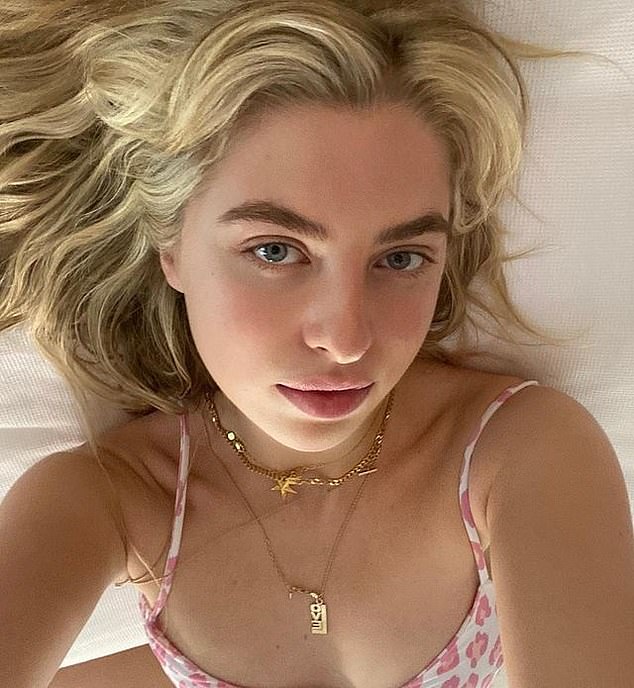 Anais Gallagher, 20, (pictured), whose mother is Noel’s ex, Meg Mathews, says: ‘People know my family, what they sound like, how they dress’

‘I want to be my own person. No matter how much success I have, I’m never going to have as much success as my dad. I will always be Noel Gallagher’s daughter.’

Sacked Eton beak coins it in with online tutoring

Will Knowland was ignominiously sacked from Eton College, but it does not seem to have harmed his earning potential.

I have discovered the English teacher offers lessons via online tutoring website First Tutors, where he charges £80 an hour — or £90 for exam tuition.

The father-of-five’s nine-year position at Britain’s top public school ended after he refused to remove a lecture challenging gender roles from YouTube, that led to a storm over free speech.

‘With the headmaster threatening to refer me to the Teaching Regulation Agency, potentially banning me from the classroom for life, at least I can be grateful to Covid for boosting demand for my online tutoring,’ says Knowland.

Virtual pupils are keen. ‘Will has been fantastic,’ says one. ‘His lessons are exciting and fun, while challenging at the same time.’

Is there anything he can’t teach? ‘Please note I am unable to tutor students seeking admission to Eton College.’