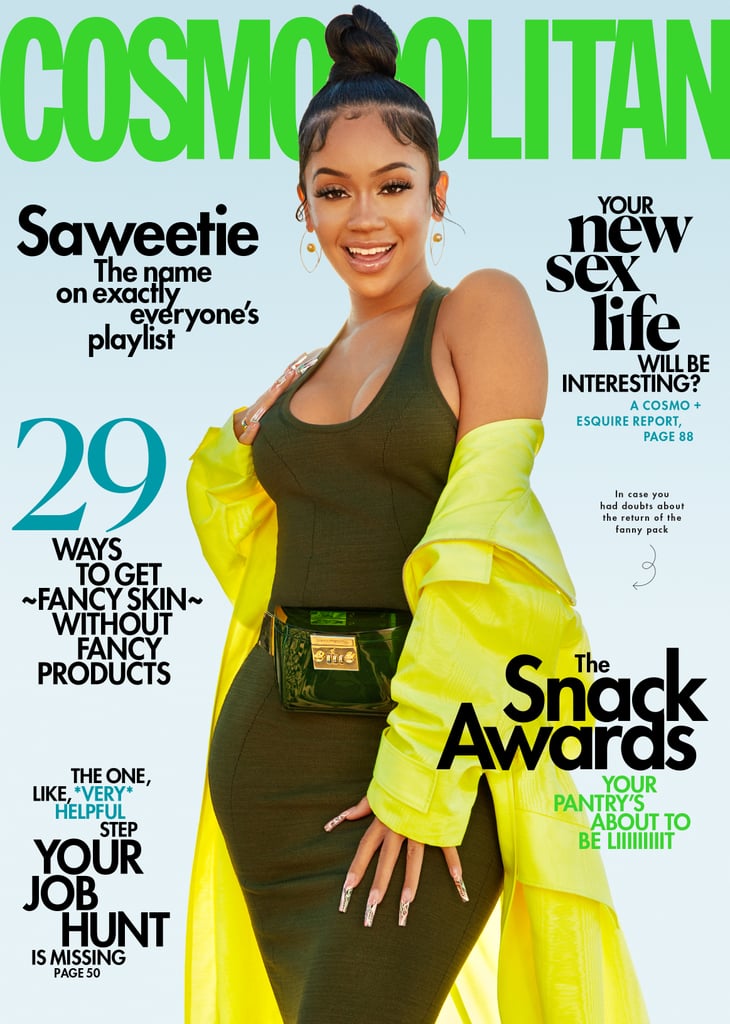 Saweetie Wants to Be a Role Model For Young Black Girls: “If I Can Do it, You Can Do it Too”

Saweetie is not one to shy away from a fear of failure, instead she chooses to work through things in real time. As the cover star of Cosmopolitan‘s April 2021 issue, the 27-year-old rapper opened up about her struggles, working hard, and how she got her start in the industry. Saweetie has certainly put in the work when it comes to getting ahead in her career, including viral hits “Icy Grl” and “My Type,” “Best Friend” with Doja Cat, and her role as Indigo on Grown-ish. “Last year was the year that I finally became comfortable in my own skin. I kind of figured out what my purpose was,” she said. “I think it’s important to show little Black and brown girls that they can be successful in whatever they want to do. If I can do it, you can do it too.”

Success hasn’t always been easy, particularly after an interview with Hot 97 back in 2018. During the interview, one of the radio hosts called Saweetie’s freestyle “basic” and that she had to do more in order to “impress” him. “It was a really dark point in my life. I went from being so loved so quickly because of ‘Icy Grl’ to, on my first promo run, well, you saw the interview. The script flipped really quick, like night and day,” she added. “Because ‘Icy Grl’ was so popular, I was being booked at huge festivals. I was literally thrown into it.”

She may have gotten off to a rocky start, but it made her appreciate where she is now. “I’m really grateful for my start,” she explained. “Because the mistakes, the struggle, the grind — it allows me to appreciate the rewards that come now because I know what it feels like to sleep in motels, to drive and do promo, to be stressed out.” From that disastrous 2018 interview to now, Saweetie has worked on her stage presence and voice so that she can turn out a show. “Some of us have it naturally. And some of us don’t — like me,” she divulged. “And that’s okay because I know that as long as I work hard, I’ll become one of the best.”