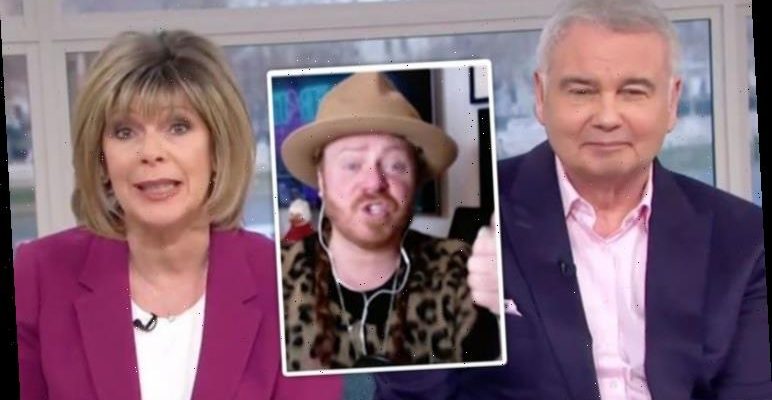 In the clip, Celebrity Juice host Leigh Francis, 47, also known as, Keith Lemon, was seen whacking Eamonn Holmes, 61, in the back with a pineapple as part of a game on the show. Showing the footage to This Morning viewers, Ruth Langsford, 61, joked it could be that moment which sparked the pain.

Earlier this week, Eamonn took himself to hospital after his chronic pain worsened.

The broadcaster sought help from doctors in a bid to find out what had caused it.

Ahead of this, he had been tweeting that the pain had been keeping him up at night.

Speaking to the comedian on the show today, Ruth said: “Keith, I’ve got a bone to pick with you actually… 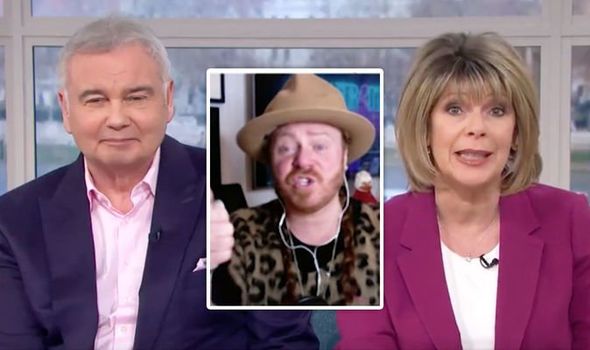 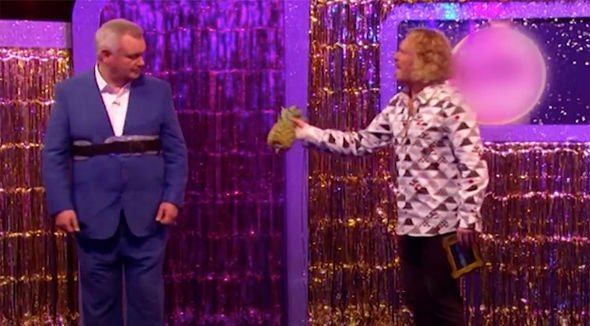 “You may know my husband has been in a lot of pain with his back.

“Nobody is quite sure how he’s done it and then, I remembered it wasn’t a show we were on together, you [Eamonn] came home and said, ‘Keith Lemon whacked me in the back with a pineapple’.”

Eamonn chimed in: “He abused me!”

“I thought I can’t believe that of Keith but watch this,” Ruth added as she went on to show the clip. 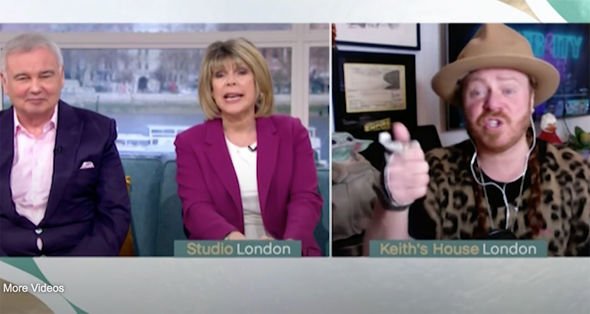 Her spouse was seen trying to guess which object Keith pelted in his back.

“It felt like a leg,” he said at the time seeming surprised.

Readdressing the moment, Ruth enthused: “He whacked you in the back very hard with a pineapple.

“Keith it could be you, you could’ve injured him.”

The Celebrity Juice star jokingly replied: “I really do apologise and I’m sending you magical powers to heal your pelvis.”

Eamonn has been keeping his fans up to date on Twitter about his chronic pain issue.

Yesterday ahead of the show, he told fans he had another physio session.

“Physio hurt this morning…… I mean really hurt,” he tweeted.

“Anyway on the plus side it certainly woke me up. See u at 10 on #ThisMorning.”

On the show, Eamonn announced he was going to be a grandad for the first time.

The presenter’s oldest son Declan is expecting his first child with wife Jenny.

Eamonn shares children Declan, Niall and Rebecca with his ex-wife Gabrielle. He also has 18-year-old son Jack with Ruth.

Remember Wizards of Waverly Place? Here's what the original Disney cast are up to now
Celebrities