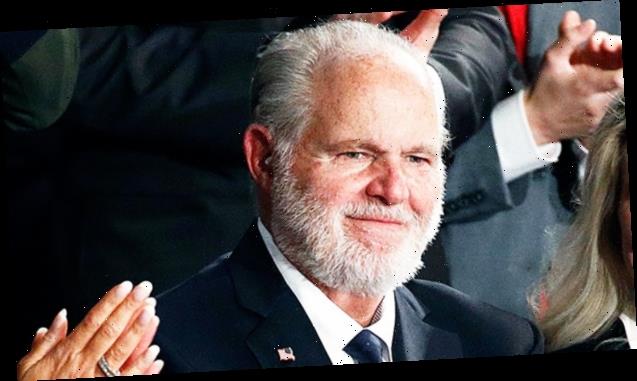 Controversial conservative radio host Rush Limbaugh has passed away after battling advanced lung cancer, according to his wife, Kathryn. He was 70 years old.

Rush Limbaugh‘ has passed away. The 70-year-old’s wife, Kathryn Adams Limbaugh, broke the news during the February 17 broadcast of his radio show, stating that he had died the same day. Limbaugh’s passing comes months after the AM radio host revealed that his advanced lung cancer had reached the “terminal” stage and that his disease was essentially a “death sentence.”

Limbaugh gave a grave update on his prognosis during the October 19, 2020 broadcast of his radio show, per CNN. “The scans did show some progression of cancer,” he said. “It’s not dramatic, but it is the wrong direction… It’s tough to realize that the days where I do not think I’m under a death sentence are over. Now, we all are, is the point. We all know that we’re going to die at some point, but when you have a terminal disease diagnosis that has a time frame to it, then that puts a different psychological and even physical awareness to it.” 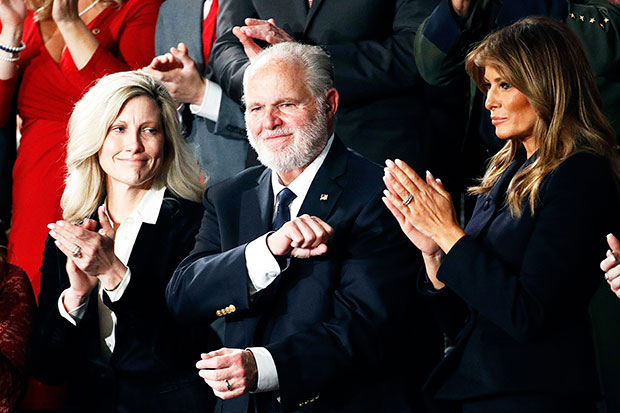 He first announced his cancer diagnosis on air during the February 3, 2020 episode of The Rush Limbaugh Show. “I wish I didn’t have to tell you this, and I thought about not telling anybody. I thought about trying to do this without anybody knowing, because I don’t like making things about me,” he said, telling fans he wanted them to hear the news from him before it leaked. “But there are going to be days when I am not going to be able to be here because I’m undergoing treatment, or I’m reacting to treatment. It is what it is. This has happened, and my intention is to come here every day I can.”

A controversial figure who, more than often, sought to offend those with who he disagreed with, Limbaugh had his fans — and his many detractors. Limbaugh started The Rush Limbaugh show in 1988 and has amassed 27 million devoted listeners a month. Limbaugh was known for his often offensive comments, which he never held back. His website describes him as “America’s Truth Detector; the Doctor of Democracy; the Most Dangerous Man in America; the All-Knowing, All-Sensing, All-Everything Maha Rushie; defender of motherhood, protector of fatherhood and an all-around good guy.” 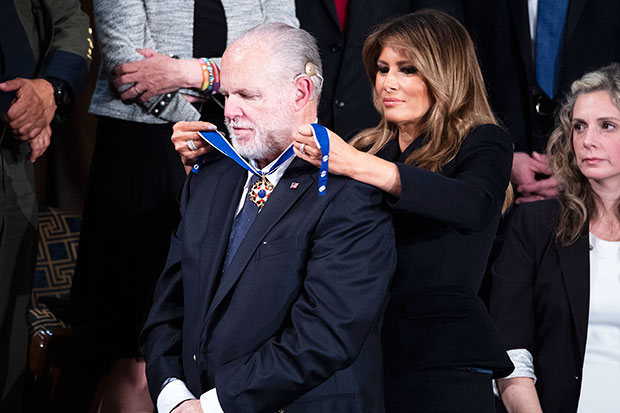 Limbaugh was an outspoken opponent of feminism, which he said in 2009 “was established so as to allow unattractive women easier access to the mainstream of society.” His racist comments included saying pro football “looks like a game between the Bloods and the Crips without any weapons,” calling Barack and Michelle Obama slurs, and arguing that white people shouldn’t be blamed for slavery. He had a history of homophobic rhetoric, most recently saying that nobody wanted to see 2020 presidential candidate Pete Buttigieg kiss his husband on the debate stage.

He was awarded the Presidential Medal of Freedom by his friend, President Donald Trump, during his 2020 State of the Union address in February. Trump praised Limbaugh’s “decades of tireless devotion to our country” and highlighted his charity work with organizations like the Marine Corps-Law Enforcement Foundation, Stephen Siller Tunnel to Towers Foundation, and Leukemia & Lymphoma Society.

Limbaugh said during his emotional last show of 2020 that he didn’t expect to still be alive. “You have no idea what you all have meant to me and my family,” the radio host said at the end of his December 23 episode. “The day is going to come folks where I’m not going to be able to do this. I don’t know too many people who enjoyed 2020 — probably some sickos out there who have — but 2021 has to be better. I wasn’t expected to be alive today.”