Demi Moore’s highly anticipated memoir, Inside Out, doesn’t hit bookshelves for another two months, but the actress made sure that her daughter Rumer Willis got an advance copy.

“I actually just read it recently, and I have to say I’m so unbelievably proud of her,” the Empire alum, 30, told Us Weekly exclusively at a Women’s Brain Health Initiative event in Los Angeles on Wednesday, July 17. “I think this is such a courageous and beautiful example of who she is. And I think that a lot of people — not only people who have been a fan of hers for a long time and have kind of followed her career and supported her — but I think maybe even people that weren’t as involved or talking to her will appreciate the story and what she [is] sharing.”

Willis admitted that she even learned some fun tidbits about her mom while diving into the book, which is out September 24.

“You view your parents when you’re growing up as these kind of, like, gods, and you put them on a pedestal a little bit,” the eldest daughter of Moore, 56, and Bruce Willis explained to Us. “I think being able to see such a portrait and the way that she talks about her childhood was just interesting for me as a daughter to read. And to think of her as also just another person and not just this, you know, like, your idol when you’re a kid.” 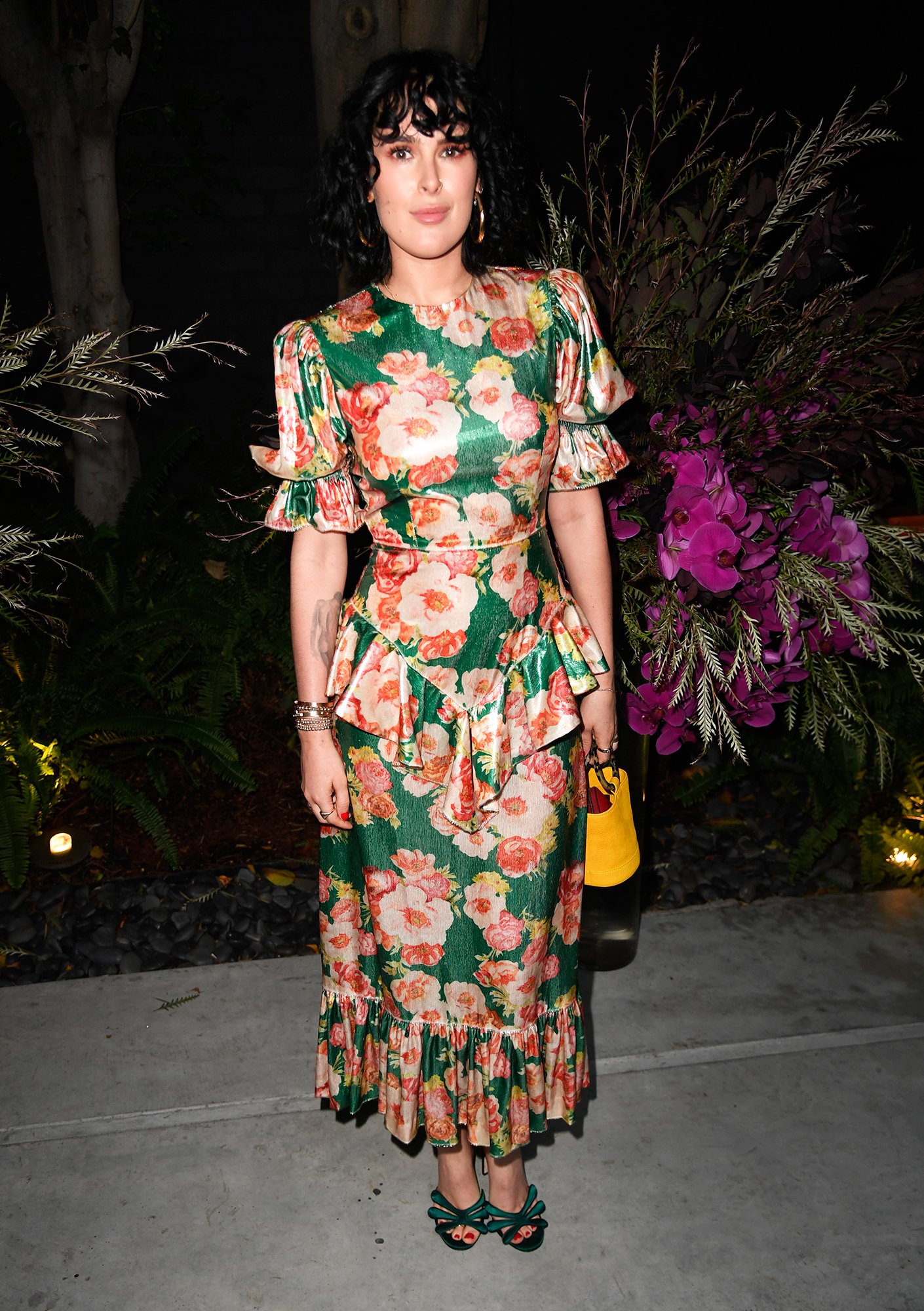 But there was one section in particular that really grabbed the Dancing With the Stars season 20 winner’s attention.

“The trippiest part is reading about when she met my dad and how they got married so quickly. And then that they had me when she was 25,” Rumer told Us. “By 30 something, she had already had three kids and I can’t even imagine having done that at this point. … I’m like, I got my animals. I’m good.”

Moore and Bruce, 64, married in November 1987, and welcomed three daughters together: Rumer, Scout, 27, and Tallulah, 25. The former couple separated in June 1998 and divorced two years later.

The Striptease star, who was previously married to musician Freddy Moore from 1980 to 1985, wed for a third time when she walked down the aisle with Ashton Kutcher in 2005. She and the That ‘70s Show alum divorced in 2013, two years before he married Mila Kunis. Kutcher, 41, and Kunis, 35, share daughter Wyatt, 4, and son Dimitri, 2.

The Die Hard actor, for his part, married model Emma Heming in March 2009. They share daughters Mabel, 7, and Evelyn, 5. When the couple celebrated their 10th anniversary with a vow renewal ceremony in March, Moore was among the loved ones in attendance.

With reporting by Nicole Pajer