Chris Traeger continues to look good. Rob Lowe ditched his shirt to hit the waves in Santa Barbara, and the ‘Parks And Recreation’ star flashed a smile while flaunting his fit figure.

Life is good when you’re Rob Lowe. The 57-year-old star was living his best life on Monday (June 28), taking advantage of the sunny Santa Barbara weather by getting a little surf and sand. The Mental Samurai host left his shirt behind when he took his paddle board out into the Southern California waters. While returning from the beach, Rob showed off his buff chest, trim legs, and ageless good looks. He flashed a smile to the photographers as he made his way back home. 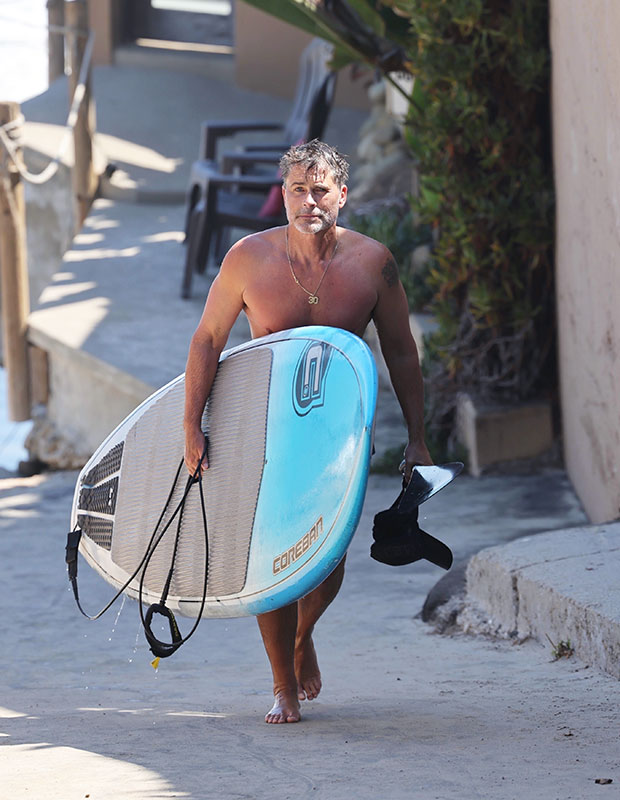 Rob might be making a claim to the title of “King of Summer.” At the start of the sunny season, Rob hit the beach in Montecito, CA., with his look-alike son, John. Rob kept his shirt on for this stroll, as did John, 26, who rocked a Southwest-inspired button-up. During this stroll, it was amazing to see how John – one of the boys Rob shares with his wife of 30 years, Sheryl Berkoff  – looks like his father, back when Rob was a baby-faced member of the “Brat Pack.”

A month before Rob and John had a father-son stroll in Montecito, the man who played the fitness-obsessed Chris Trager on Parks And Recreation hit the beach in Santa Barba. During that solo April trip, Rob showed off his toned chest while rocking a pair of red and gray shorts. He waded out into the water and soaked up the sun while waves crashed by. The scenery seemingly brought Rob some serenity, as he looked relaxed and at peace with the world. He was photographed running his hands through his hair with a content look on his face. 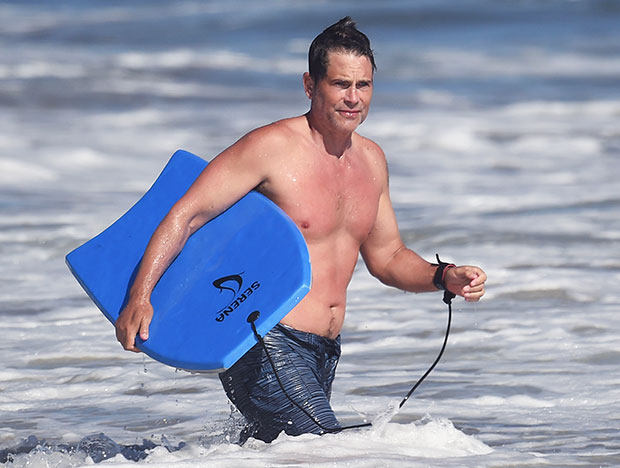 Expect to see more of Rob – and Rob’s chest – this summer. The man has proven in the past that he absolutely loves the beach. During 2020, while the world was in lockdown, Rob socially distanced himself from his shirt on many occasions, baring his chest for a day of sun and surf. Whether it’s going boogie boarding with his and Sheryl’s other son, Matthew, 28, or hitting the beach by himself, it’s a safe bet that if you take a walk down to the water’s edge in Santa Monica, you will see the 9-1-1: Lone Star star in the waves.