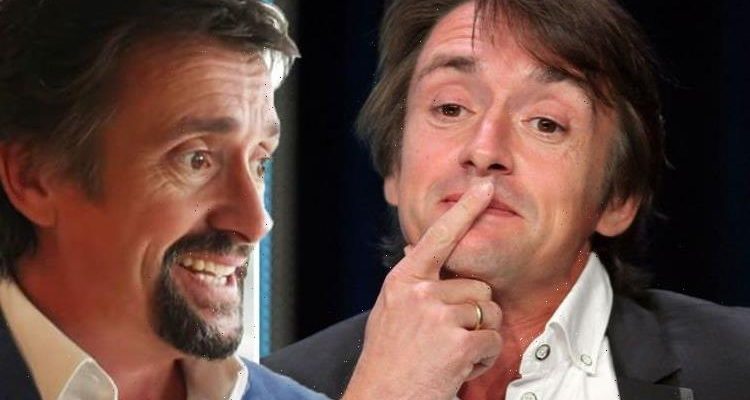 The Grand Tour star Richard Hammond has told how he was left “embarrassed” after walkers saw him battling with vertigo while exploring a crag. The former Top Gear presenter, 51, said that he “pretended not to be scared” when he stopped to chat to the walkers after being recognised.

I was giving myself a stern talking to

The star recalled one particular day when he went to explore the fells alone, which prompted vertigo to set in.

Admitting that he likes an adventure to involve an element of “risk”, the car expert told how he was wandering around the top of a crag when a dizzying spell hit.

Richard said: “I had to walk around the edge of a crag yesterday and vertigo hit, which it does sometimes.”

The star explained that to get himself through the vertigo spell and by way of encouraging himself, he gave himself a talking to, which didn’t go unnoticed.

“I was giving myself a stern talking to – ‘Come on, Richard, you’re not going to fall over the edge’ – when I looked up and realised there were two people coming down off the peak,” he said.

Admitting that he was “embarrassed”, Richard explained that he “pretended not to be scared” after the explorers approached him.

“They must have thought, ‘What is this funny little man chuntering to himself about?!'” he told this week’s Radio Times.

Elsewhere, the father-of-two hit back at singer Will Young after he claimed that “homophobic jokes” were included in the Columbia special of The Grand Tour.

The Leave Right Now hitmaker made the comments while speaking at The Times and The Sunday Times’ Cheltenham Literature Festival in October.

“The other two, in my opinion, are worse. The worst one is Richard Hammond.

“He’s the worst because he says things like: ‘I’ve got lots of gay friends.’”

Richard addressed the claims to media outlets while promoting the latest episode of The Grand Tour, referencing previous criticism from Will as well.

He said: “I made it plain at the time.

“I said that I’m not and we’re not remotely homophobic in the show.

“If anything, we’re very glad to be in an increasingly inclusive society that welcomes everybody, because gender or sexual orientation shouldn’t stand in the way of anything.”

Addressing the next Grand Tour special, Richard spoke about having some “partially-formed ideas” about where the trio would like to travel to.

He added that their plans were forced to be put on “the back burner” following the coronavirus pandemic.

Richard explained that he isn’t “fussy” about where they travel to next, as long as it “tells a good story”.

“On a personal level, I prefer warm places to cold places. But the objective of Grand Tour is not for us to have a holiday, it’s to entertain the viewers,” he added to the press.

Read the full interview in this week’s Radio Times – out now.