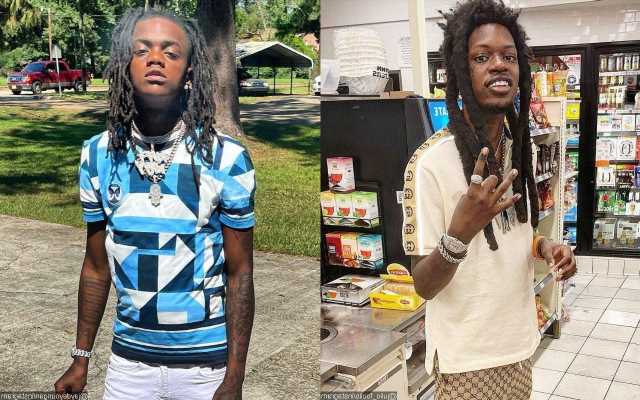 While JayDaYoungan’s girlfriend, fellow rappers Yungeen Ace and Boosie Badazz are all mourning his death, Jacksonville artist Julio brings up his feud with the fallen star.

AceShowbiz -Not all are apparently feeling the loss following JayDaYoungan‘s shocking and tragic passing. Fellow rapper Julio Foolio has mocked the late star following the latter’s death in a shooting that took place a day before.

On Thursday, July 28, Julio reacted to JayDaYoungan’s death with dissing posts. “Dude use to diss me jus to be cool wit da opps even got them boys name tatted now look,” he first wrote on his Instagram Story.

While the Jacksonville artist initially didn’t mention JayDaYoungan’s name, he made it clear who his remark was directed at in the follow-up Story as he wrote, “Rip @jaydayoungan u will be missed lol.”

In the meantime, JayDaYoungan’s girlfriend Carena V and ex Jordan B. are mourning the loss. Taking to her Instagram page, Carena, who lost her baby with the rapper last month, heartbreakingly wrote, “Thank God my last words to you were I love you, I hope you know how much tho….”

“Im so hurt bae, how could you leave me like that I would’ve never left you …. EVER,” she continued in the caption accompanying videos of her and her late boyfriend. “one thing we could do is make each other smile, such a kind hearted sweet soul… the thing I admired about you most is you forgave, always… and that’s all that really matters bby.”

She went on lamenting, “That’s what God wants the most out of everyone so I know you made him proud… first mazi now you ion know how I can keep going… im sooooo hurt… my best friend, my headache, my husband, my everything, my baby, you didn’t deserve this… i still can’t believe it.”

Meanwhile, Jordan B., who shares a son with JayDaYoungan, tweeted, “Thankful I was able to see / spend time together with him & our son.. who knew that morning would’ve been our last time seeing him.” She added in a separate tweet, “I’m hurt bad. We went through so much since 2017. My first love, my first everything. I will never be the same.”

Also paying tribute to JayDaYoungan were fellow rappers Yungeen Ace and Boosie Badazz a.k.a. Lil Boosie. The former wrote on Instagram along with a compilation video of their time together, “damn I wasn’t even gone come post Brudda cause this s**t been eating me in the inside cause we wasn’t seeing eye to eye bout some s**t we could of rekindled. I wanted to Kall you so bad Brudda it was just our pride in the way dawg we was better den that s**t we was going thru s**t was so little damn la Brudda..”

Despite their fallout, Yungeen said, “I hate even going thru this s**t again and again all my love go out to yo family yuno I love them like They mines they always treated me like family I always been in yo corner I always wanted you to win Brudda no matter what it was I wish I could call you Brudda I’ll trade all these memories in just to make 1 more new one with you @jaydayoungan I’m lost hurt broken twin I love you foreva.”

Boosie posted his picture with the young rapper, who was only 24 years old at the time of his death. “TiP @jaydayoungan Prayers for your family lil N***a !! night we did ‘Cancer’!!” he captioned it.

JayDaYoungan and his father were shot outside his Bogalusa home in Louisiana on Wednesday night. He was taken to a local hospital, but later succumbed to his injuries. His father remains in stable condition after being hospitalized. No arrest has been made in the shooting.