Dr. Priya Bhat-Patel is aiming for a better world as she runs for CA State Senate. That includes better representation for the AAPI community, and a strong focus on public health and safety.

Running for city council in conservative Carlsbad, California, was an easy choice for Dr. Priya Bhat-Patel. Bhat-Patel, who is Indian American, had grown up in the San Diego suburb and saw a need for change — and representation — in a town where she has been told that “racism doesn’t exist” despite her own experiences. Now, after making her mark on the city council, Bhat-Patel is running for California State Senate as a Democrat in the hopes that she can represent the AAPI (Asian American Pacific Islander) community on a grander scale.

“I was the only person of color on [Carlsbad] City Council for some time, so it could be challenging while advocating for many of our citizens of color,” Bhat-Patel said in an EXCLUSIVE interview with HollywoodLife. “We’d hear things like ‘racism doesn’t exist in our community, racism doesn’t exist period,’ which has been hard because those are the things I heard growing up… It was a nightmare when I was in high school because I was called a terrorist after 9/11 for a really long time.” 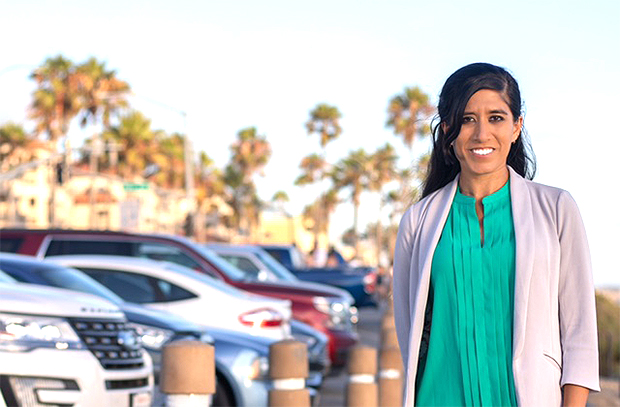 If elected in 2022, Bhat-Patel would be the only Democratic AAPI woman to hold a seat in California state legislature, and the first Indian American woman of any party. With a bigger platform and voice, she hopes to amplify the voices of the AAPI community that need to be heard more than ever. She said that her “aha moment” for wanting to enter politics in the first place was when she saw the lack of diversity in a council that represents and makes decisions for a diverse population.

“I decided to run [for City Council] so a young millennial woman of color could create a pathway for more young individuals wanting to get involved, especially for those in communities of color,” Bhat-Patel explained. When it comes to running for the State Senate, “I think it’s very important that we have people like myself and others who can actually advocate for the AAPI community on behalf of the lived experiences we all have.”

“Our AAPI communities get aggregated into one homogenous cluster instead of the diverse community we are,” she said, vowing that in the State Senate, “I would ensure that we continue to push forward disaggregation of data. I would also want to ensure ethnic studies is incorporated at an earlier level of education than university level so that folks are introduced to the beautiful diversity of our communities earlier in their education. Of the 120 [California state] legislators, not one is a Democratic AAPI woman. In this day and age of racial reckoning and especially given that 15% of our population is AAPI, we deserve a seat at the table.”

Bhat-Patel just welcomed her first child, a son, in February. She’s hoping to make a better world for him as California’s next state senator. “I want to make sure we have diverse representation so that my child, who I just had, can feel like he can be in any position, that he sees himself reflected and represented at the table.” Being a working mother — along with her city council duties, Bhat-Patel is also the Director of the California Family Justice Center Network with the the Alliance For HOPE International — plus running for office “definitely has its challenges,” she says. 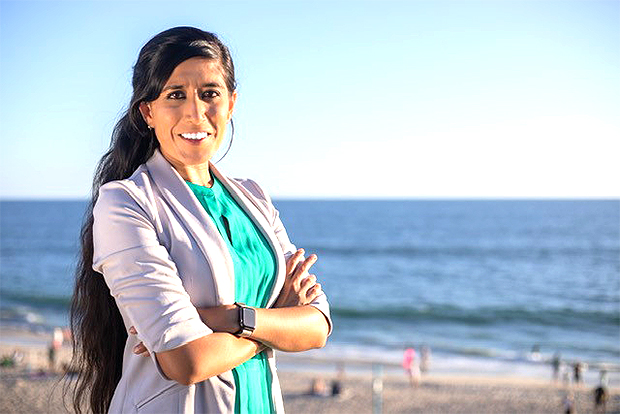 “It is difficult, we don’t have the means to pay for childcare all the time. So I’m thankfully able to rely on my parents, who live close by, to help out. He’s sometimes joining me on meetings or events or calls I have to make — he’s joining me right now,” Bhat-Patel said. “We have to navigate if he freaks out, the crying session, or the diaper changing or whatever else he needs so that I can be a mom and a candidate at the same time.”

“Moms out there thinking of running who may have young children especially, you can rely on organizations like Run For Something that can help connect you to the right resources to run a campaign or get boots on the ground,” continued Bhat-Patel. “My advice: if you feel like you want to do it, there will be a support system out there of people who want to help those women who want to do that work.” 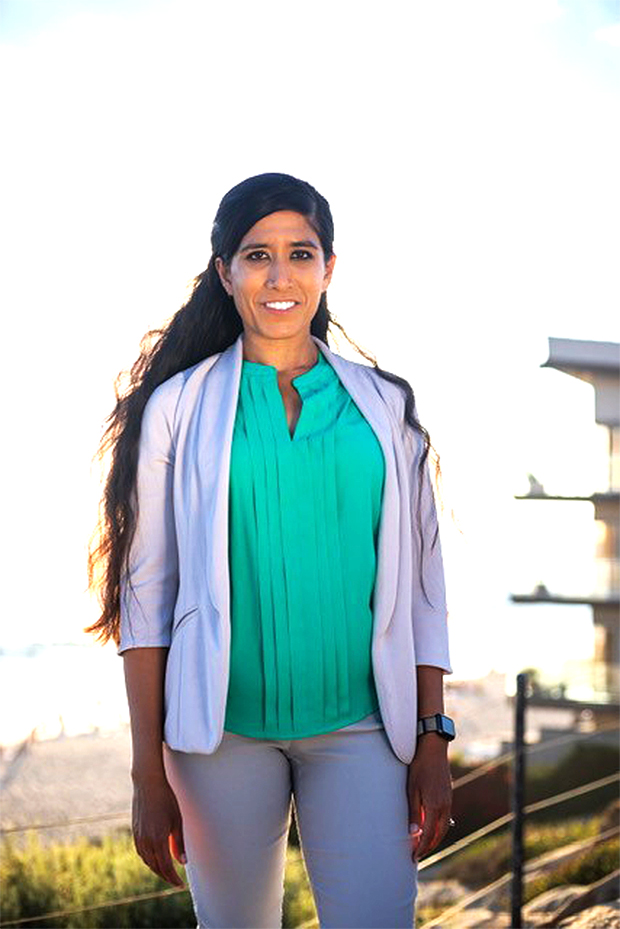 A large part of Bhat-Patel’s platform as she runs for California State Senate was influenced by the pandemic and how it affected the lives and livelihoods of citizens. “I’m a public health professional,” she said. “Looking at the different issues that are affecting us in the state and looking at it through a public health perspective is really important. Whether it’s housing, homelessness, the environment, the economy, education, now, coming out of COVID-19, workers’ issues — all of that is public health related. It’s just a matter of ‘why didn’t we have a prevention plan in place?’ I feel like my expertise in public health and public policy is needed.”

For more about Dr. Priya Bhat-Patel’s campaign, check out her website here. And to learn more about like-minded candidates, and find out how you can run for office, visit Run For Something. And remember, if you’re eligible, to VOTE!