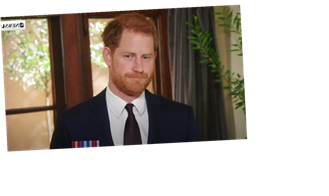 Prince Harry has a new gig. The Duke of Sussex will now be the Chief Impact Officer at BetterUp, a Silicon Valley startup that focuses on coaching and mental health.

BetterUp was started in 2013 and its mission is to “unlock greater potential, purpose, and passion” by bringing together coaching, AI technology and behavioral science. In an article on the company’s website, Harry explains why he decided to join the team and how his own life experiences have shaped him, including his decade in the military. Harry shares that he also personally works with a BetterUp coach who has given him “sound advice” and “a fresh perspective.”

“I firmly believe that focusing on and prioritizing our mental fitness unlocks potential and opportunity that we never knew we had inside of us,” he writes. “As the Royal Marine Commandos say, ‘It’s a state of mind.’ We all have it in us.”

“Being attuned with your mind, and having a support structure around you, are critical to finding your own version of peak performance,” the 36-year-old royal continues. “What I’ve learned in my own life is the power of transforming pain into purpose.”

Harry lists the four key areas he will focus on in his new role — driving advocacy and awareness for mental fitness; guiding BetterUp’s social mission and impact to bring the science of peak performance and human potential into the hands of people worldwide; influencing the vision of BetterUp’s platform, community, and member experience; and expanding BetterUp’s global community.

“As BetterUp’s first Chief Impact Officer, my goal is to lift up critical dialogues around mental health, build supportive and compassionate communities, and foster an environment for honest and vulnerable conversations,” he notes. “And my hope is to help people develop their inner strength, resilience, and confidence.”

Meanwhile, Harry and his wife, Meghan Markle, are also making moves when it comes to their charitable foundation, Archewell. ET recently learned that Ben Browning, an Oscar-nominated producer, has joined the Archewell team as Head of Content. He will oversee content for Archewell Productions and Archewell Audio, and will also work closely with Netflix and Spotify on the foundation’s partnerships with the streaming platform.