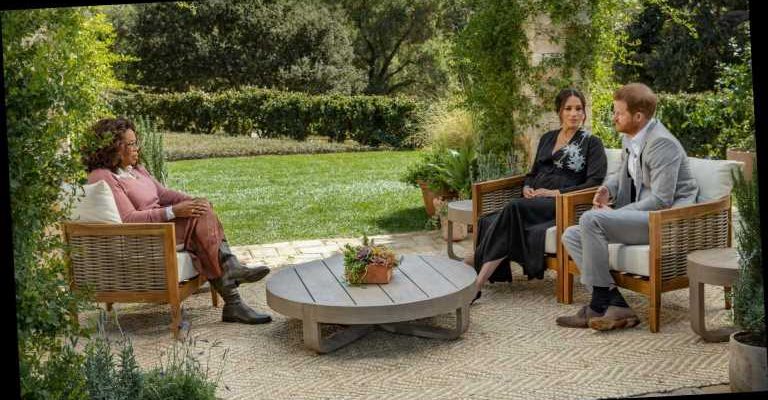 In the Prince Harry and Duchess Meghan vs. the media struggle, the media lose again.

One of Hollywood’s best-known paparazzi, Splash News & Picture Agency, has filed for bankruptcy, citing “unbearably expensive” legal conflict with the Duke and Duchess of Sussex over pictures of baby Archie as one of the main reasons they can’t pay their bills.

The company filed for Chapter 11 in a bankruptcy court in Nevada on Tuesday. Splash president Emma Curzon cited lawsuits filed by Harry and Meghan as one of the main reasons the agency can’t pay its bills.

The duke and duchess declined to comment to USA TODAY on the filing. But their  campaign against what they consider invasive media coverage, including pictures shot by paparazzi of their young son, is having an effect.

Oprah Winfrey's interview with Prince Harry and Duchess Meghan that aired earlier this month delved into the couple's bitter battles with the media. (Photo: HARPO PRODUCTIONS/JOE PUGLIESE VIA GETTY IMAGES)

Not only have they won multiple cases, but one looks to result in possibly liquidating a formerly swaggering celebrity photo agency.

Not long ago, Splash was suing celebrities for using agency pictures on social media without permission. But then the pandemic hit and Splash came up against a determined Harry and Meghan: Splash has already lost an invasion of privacy case filed by couple in the U.S. and can’t afford to lose a similar case filed by the Sussexes and pending in the U.K.

“If the plaintiffs were to prevail in that case, it would likely result in a large attorney fee award against Splash,” Curzon said in the bankruptcy documents. “Notwithstanding the merits of the case, the company has sought to settle this matter but has been unable to agree a financial settlement within its resources.”

Can the monarchy survive Harry and Meghan? Here’s how the queen’s royal crisis could end

The Splash/Sussex dispute centers on pictures snapped of Meghan carrying baby Archie on a walk in a park on Vancouver Island, Canada, where she and Harry lived initially after stepping back as working royals to seek more freedom and financial independence in America. They eventually left Canada for Southern California in March before the border was closed by the coronavirus pandemic.

The pandemic is one of the other reasons why Splash is on its knees, Curzon said, because few celebrities have appeared in public during lockdown. No celebs, no pap shots to sell.

Harry and Meghan have been complaining about the media since the couple met in 2016, and by 2020 they said they were fed up with what they considered racist tabloid coverage in the U.K. They left behind their royal roles and ended up in the former Meghan Markle’s hometown of Los Angeles.

Since then, they’ve won three major legal cases they filed against media outlets, including X17, another paparazzi agency in Los Angeles. In October, the photo agency apologized for taking alleged drone photos of baby Archie in the family’s backyard. X17 also promised to destroy the pictures and to never do it again, and paid some of the couple’s legal fees.

Both Harry and Meghan also have won legal cases against the Mail on Sunday, one of the U.K.’s loudest critics of the Sussexes. In December, Harry forced the tabloid to apologize, issue a correction and pay damages for a story that wrongly reported Harry had “turned his back” on his prized military associations.

And in February, Meghan scored a major victory, winning a summary judgment in her contentious lawsuit in London against the Mail on Sunday for invading her privacy when it published parts of a letter she wrote to her estranged father.  That ruling is being appealed by the news outlet.

Now Harry hopes to do something to help change how the media operate, joining the national debate in the U.S. over media “disinformation.” He’s been tapped for the Aspen Institute’s Commission on Information Disorder, a six-month study “combating America’s urgent mis- and disinformation challenge,” the Washington, D.C.-based organization announced Wednesday.

“It’s my belief that this is a humanitarian issue – and as such, it demands a multi-stakeholder response from advocacy voices, members of the media, academic researchers, and both government and civil society leaders,” Harry said in a statement to USA TODAY.