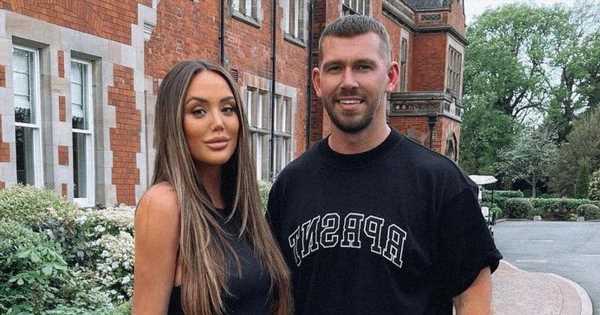 Charlotte Crosby revealed to fans how she knew boyfriend Jake Ankers was “the one” as she spoke about their whirlwind romance earlier this week.

The 32 year old is currently pregnant with their first child and has been in a relationship with Jake for eight months.

Having initially kept her romance a secret, Charlotte has been willing to open up about her boyfriend following her pregnancy announcement in April and candidly discussed her relationship as she answered fans questions on YouTube.

When asked how she knew Jake was “the one”, the Geordie Shore star said “there were so many reasons” as she added that she’d had a “criteria list” when she started dating Jake.

“When I met Jake I literally had a criteria list that people had to check because it was just getting beyond a joke how all of the relationships I was getting into with the wrong people,” she said.

“My friends told us you need to write a list of what you need from a man in a relationship and if that man doesn't fit any criteria on that list it's a no, and don't go thinking that you can change it because men rarely change, very rarely change.

"If he's not going to do it in the beginning, he's never going to do it. So, I had my list and things on my list were like does well for themselves, career driven – because I'm very career driven. I love work and I love my businesses; I love striving for more.

"Has their own money, not interested in fame, even in the slightest, so not going to use us in other words.

"There wasn't much stuff about looks because I'm not really that much of a pretentious person, it was just mainly like wants children, good family person, good morals, kind, loving, respectful."

Charlotte continued to tell her 7.8million followers that she knew Jake was the man for her within the first month after he “ticked all the boxes” and had gone “totally beyond the bar” she had set.

After realising this, the TV star said in the video that she knew she was ready to start a family with him, as she said: "I've been with men for like three years and they haven't been able to give us one thing that Jake given us in just 8.5 months and that says a lot.

"You can be with someone for 10 years and you could still be waiting to get a ring on your finger and be unhappy and waiting for something that's probably never going to happen because this person's just quite comfortable with riding the wave as it is.

"And then you could meet someone a month later and they could give you everything you want in the next six months.