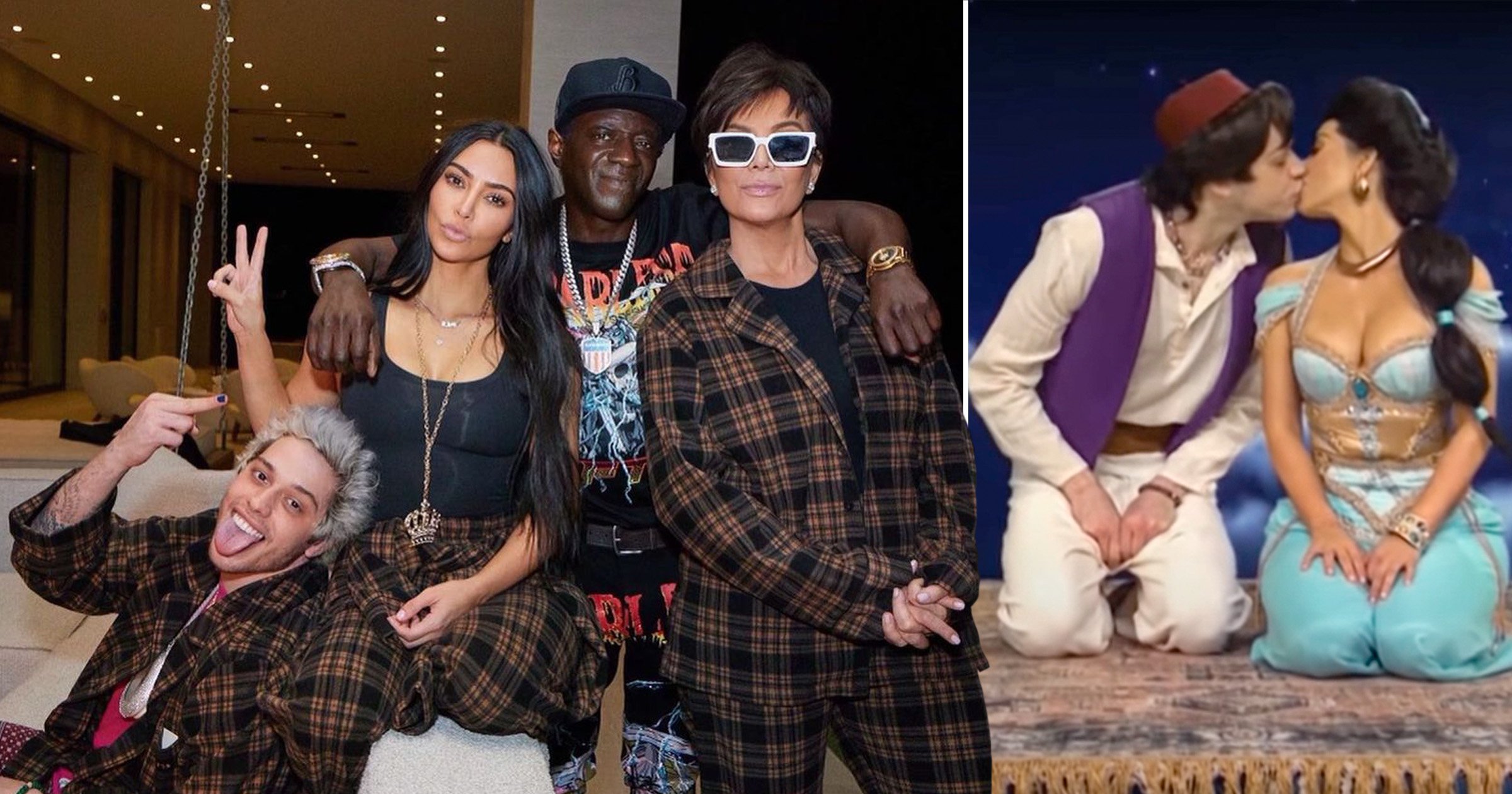 In the post shared on Instagram by rapper Flavor Flav, the musician revealed that he was celebrating his ‘adopted son’ Pete’s birthday, who turned 28 on Tuesday November 16.

However, they weren’t the only ones who were part of the celebration, with the Saturday Night Live comedian’s rumoured partner Kim, 41, and momager Kris Jenner, 66, also joining in the festivities.

In the photo, Pete, Kim and Kris are all wearing matching Skims pyjamas, donning the plaid patterned sets while posing by a sofa.

Having first been spotted holding hands on a rollercoaster on a Halloween night out, Pete and Kim are doing little to quash speculation that they’re an item.

Several Instagram users have taken Flavor Flav’s post as confirmation of their relationship, especially considering the reality star hasn’t shared any pictures with her supposed beau on her own profile.

‘So you just confirmed it lmaoooo,’ one person wrote, while another said: ‘He really pulled Kim,’ with cry-laughing emojis.

‘Love this for Pete,’ someone else remarked, while one individual added: ‘Best thing I’ve seen on the internet in a while!’

In a second picture shared by Flavor Flav in the same post, he showed Pete wearing his signature large clock around his neck, explaining in the caption that he’s never let anyone wear the iconic accessory before.

Last month, Pete and Kim shared a smooch on SNL while starring as Aladdin and Jasmin in a skit, while riding on the Disney characters’ magic carpet.

The funnyman recently hinted that the rumours of their romance are true while being interviewed on Seth Meyers’ talk show, with the host stating: ‘I want to address something – I feel like I want to confirm if it’s real or a rumour.

‘This is something you’ve been reading a lot about in the press. We appreciate you doing it here.’

Appearing as though he might let something slip, Pete responded: ‘I’ve been wanting to talk about this because there’s a lot of people I walk by, people are like whispering and making eyes at me. But it is true.’

However, he then added: ‘I do have a show on Tubi coming out.’ What a tease!