In the first season of Stranger Things, the storyline I was most invested in — you know, apart from the telekinetic preteen and demanding justice for Barb (remember when that was a thing?) — had to be Nancy and Jonathan’s will they/won’t they love story. While we know how that turned out on-screen, even more exciting what was happening off screen with the actors that play them. Yep, Natalia Dyer and Charlie Heaton are all booed up IRL. Of course, when I learned that I couldn’t help but wonder about Natalia Dyer and Charlie Heaton’s astrological compatibility. Dyer was born January 13 under the sign of Capricorn and Heaton’s birthday is February 6, making him an Aquarius, which are not two signs that you typically would put together, but hey, stranger things have happened.

Sorry! I know that was terrible, but before I show myself out, here’s a quick rundown of their relationship timeline in case you haven’t been following along. Rumors that these two were more than just friendly co-stars began in October 2016, when they started appearing in one another’s social media while traveling together with friends in Spain. The rumors of their courtship persisted and were seemingly confirmed in October 2017 when the two were spotted holding hands while walking in NYC and then sharing some serious PDA in Paris two months later. They made things official in true Hollywood style by attending the red carpet for the 2017 Fashion Awards in London together in December of that year. Since then, the two have consistently been seen together but they rarely talk about their relationship publicly, with a few notable exceptions. In February 2019, Heaton opened up to V Man about working with his partner on Stranger Things. "Because we work in the same industry and have had similar trajectories, we’ve gone through it together. Sharing that does bring you closer. They understand something that maybe no one else would. You go into high-pressure situations together but you can share those insecurities or whatever they are. The great, happy times, too…Really f–king sweet!,” he told the publication. 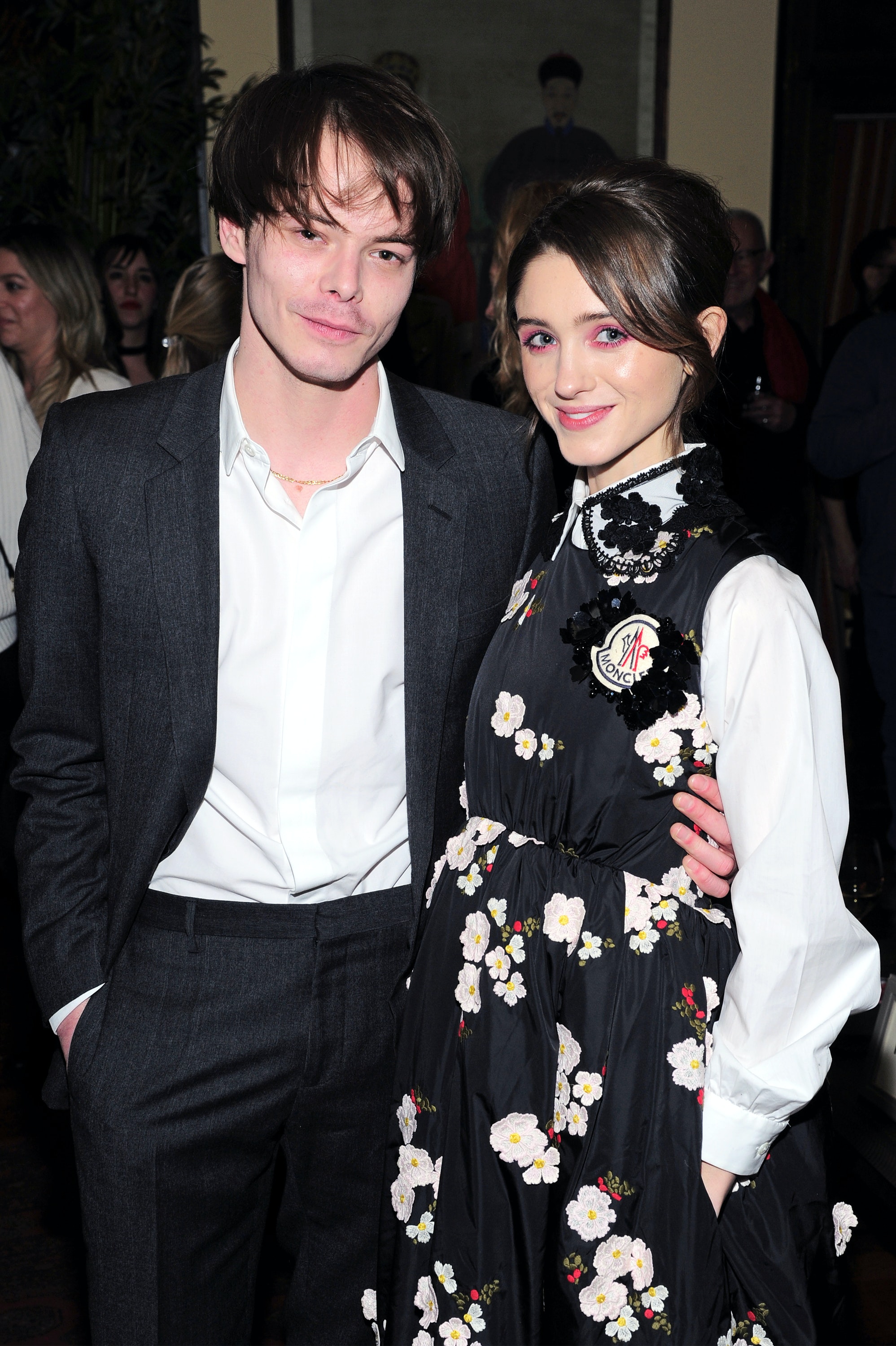 In an interview with Refinery 29, Dyer also offered a brief glimpse into her relationship and how working with a SO can be a real bonding experience. “It’s an interesting thing to work with somebody who you go home with,” she said of her long days filming with Heaton. “It’s always really fun. We’re really comfortable with each other, so we can play and feel more free, and we can talk about it before,” Dyer shared, although she was also quick to reiterate that her private life is just that, private. “That’s something important to me—with my family, with my friends, I really like to keep it for me,” she said.

Since these two aren’t talking — and honestly I don’t blame them — we’ll have to look to the stars for answers. Here is what we can divine about their relationship dynamic based on their astrological compatibility.

A Capricorn and Aquarius pairing is best when it starts with a friendship.

While Capricorn and Aquarius may be neighbors in the zodiac, they are a study in opposites in temperament, attitude, and personality. Capricorn is structured, ambitious, methodical, and down to earth. Aquarius, on the other hand, is far more interested in ideas and going wherever their interests take them. These differences can be catastrophic when these two signs rush into a relationship and they just can’t find common ground. However, when they start off as friends, with no pressure and plenty of time to see one another as the multifaceted and fascinating people they are, they develop a deep appreciation and understanding of one another that can bridge the gap and make for a strong romantic foundation.

Their greatest strength as a couple is their trust. 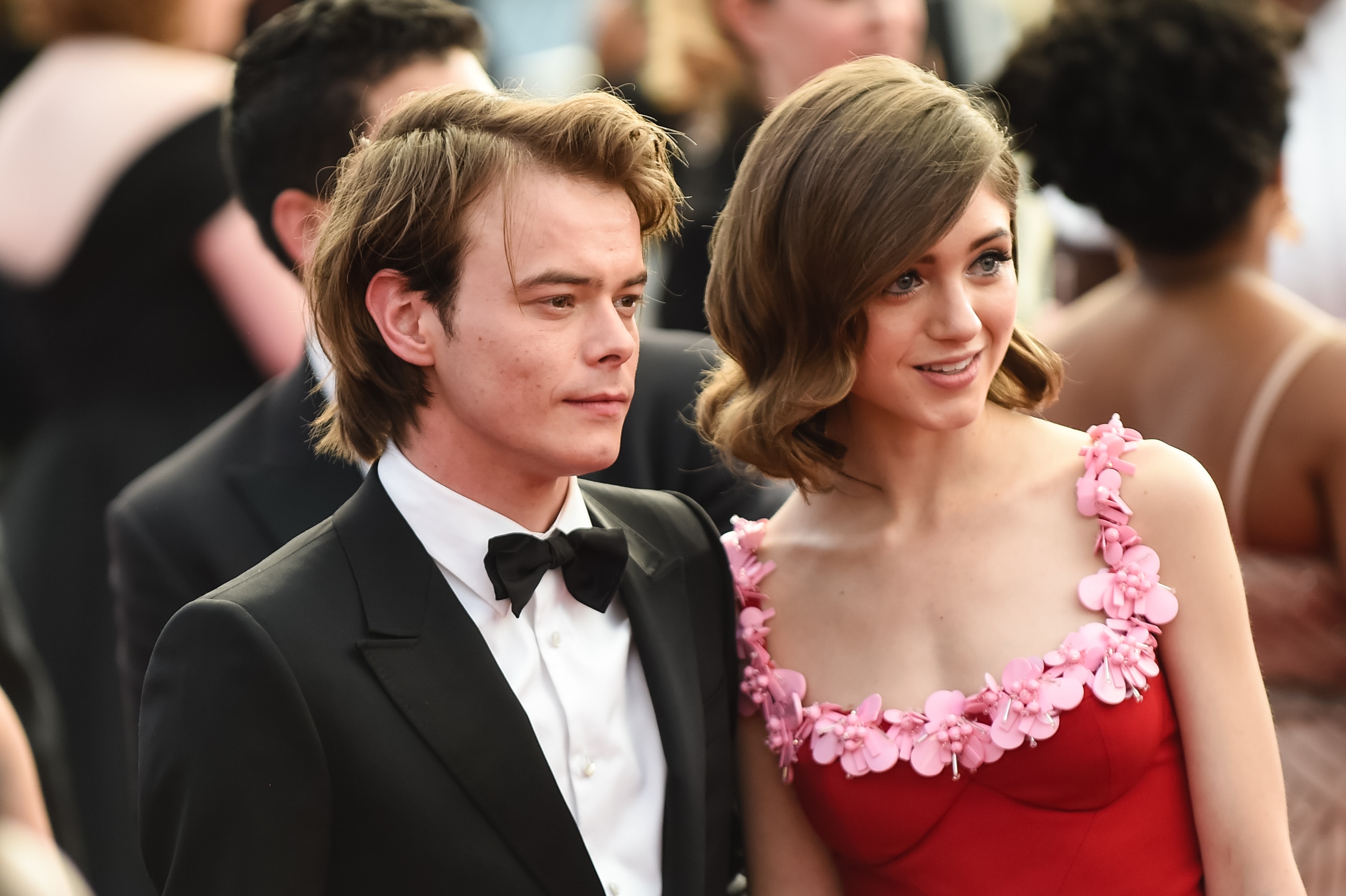 While these signs may not be the types to run into a relationship in the heat of passion, what they do have is the kind of bond that can last a lifetime: One that is built on trust. Both of these signs have very clear boundaries and values and neither is afraid to speak their mind about them. It’s not that they enjoy confrontation, just that they are not afraid to be blunt and honest about how they are feeling. They also have a healthy line of communication. Both feel empowered to speak their minds in a straightforward manner that they are confident the other party will receive and validate.

When Aquarius and Capricorn are a love match, they bring out the best in one another.

The reality is that these signs are very different. Capricorn is ruled by Saturn, the planet associated with structure, and Aquarius’ ruling planet is Uranus, which symbolizes freedom and revolutionary vision. Add to that the fact that they Earth and Air signs, respectively, and you can see how these two contrast one another. This can definitely create a fair amount of friction, but when love is there it softens each of them enough to allow the differences to become a harmonious balance that ends up bringing out the best in one another. They became a team bolstering each other’s strengths. When these two get it right, they really are a power couple for the ages.

So, what can we surmise about Dyer and Heaton from all of this? Well, the fact that they seem to be going strong indicates that they have discovered a way to bridge that gap and are finding strength and love in their differences. While their day jobs may deal with fighting off the horrors of the Upside Down, there’s nothing scary about their real life love story.