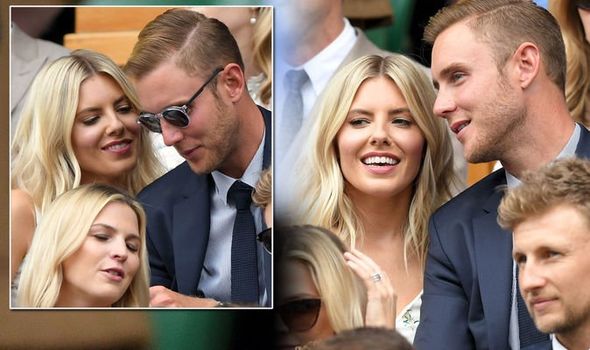 Mollie King, 32, put on loved-up display when she stepped out with her boyfriend Stuart Broad at Wimbledon today.

The former star of The Saturdays cut a typically stylish figure in a pretty white dress when she arrived hand-in-hand with her beau for day six of the tennis tournament.

The beautiful blonde, who wore her hair in loose waves, opted for an elegant midi-length number for the occasion which was adorned with a yellow and green floral motif.

She teamed her outfit with a pair of nude strappy sandals and carried a designer leather handbag over her shoulder.

Mollie, who currently presents a radio show on BBC Radio One with Matt Edmondson, was later photographed in the stands with the sports star at the All England Lawn Tennis and Croquet Club.

The duo packed on the PDA while they waited for the game to begin.

The former Strictly Come Dancing star appeared to only have eyes for her boyfriend as she adoringly gazed at his face throughout their cosy display.

Also spotted in the audience at Wimbledon on Saturday was English actress Emma Rigby and gold-medal-winning athlete Mo Farah.

They joined Kim Sears – the wife of British tennis player Andy Murray – who looked beautiful in a floral outfit in the July sunshine.

The duo’s debut match against Andreas Mies and Alexa Guarachi is expected to take place this afternoon after the highly-anticipated game was postponed yesterday. 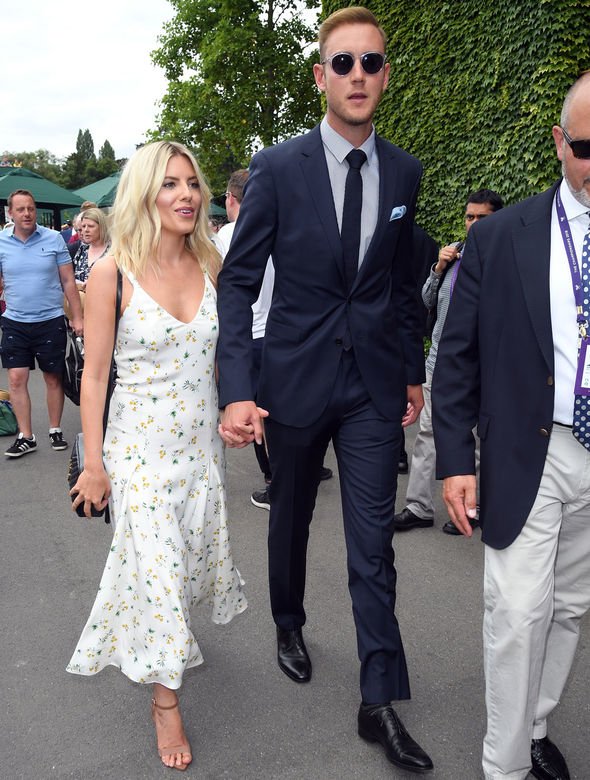 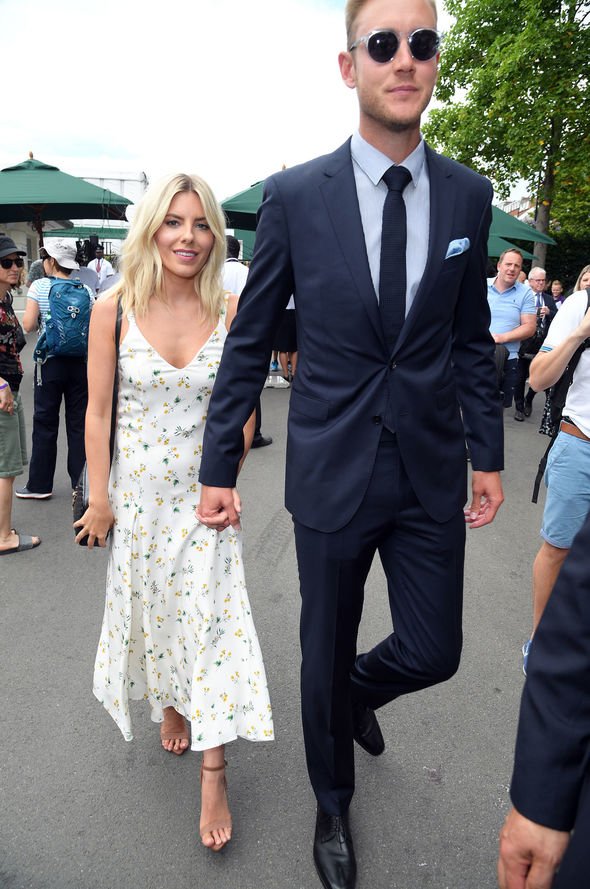 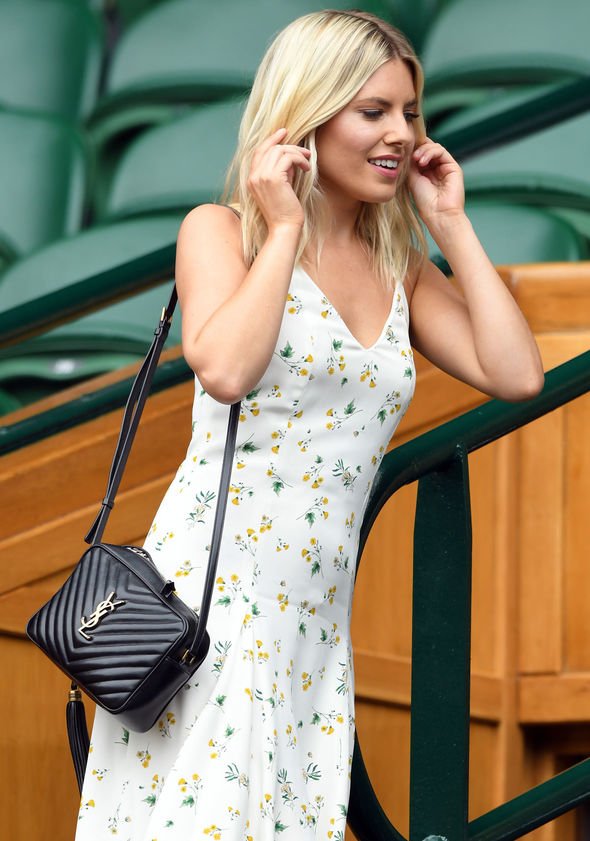 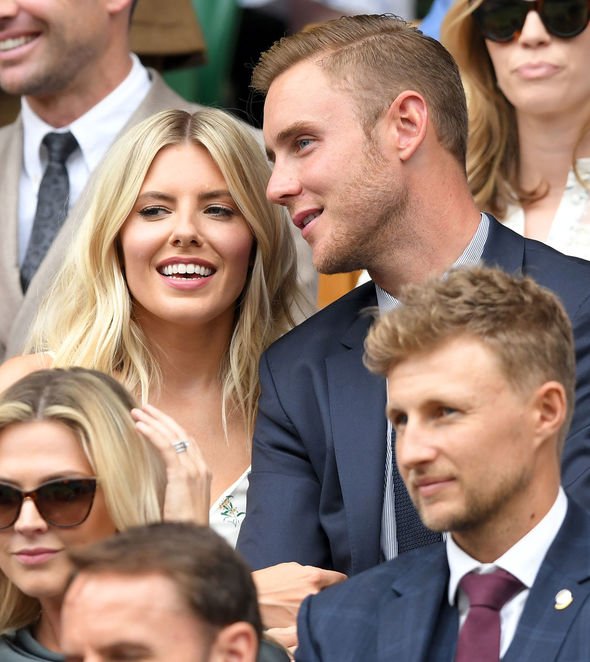 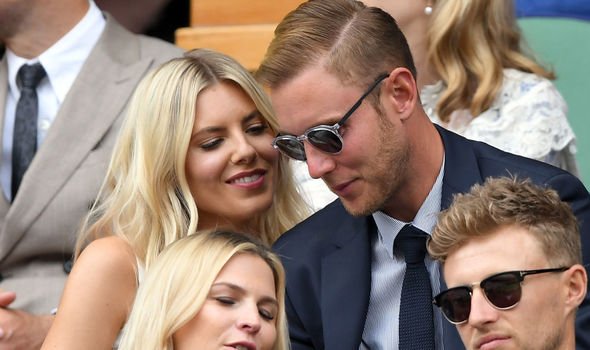 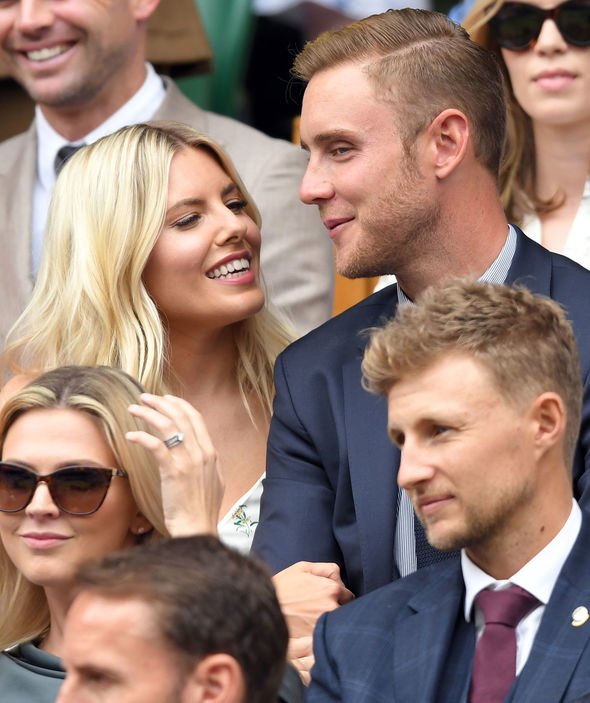 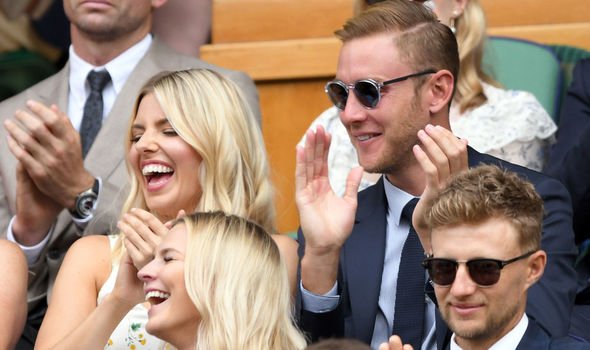