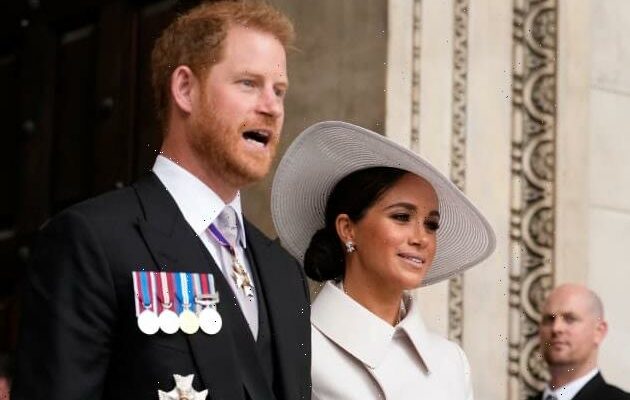 For the first time in a very long time, most of the media coverage surrounding the royal family is positive these days.

That won’t last, of course, but the Windsor clan is probably enjoying the brief respite in criticism brought about by the Queen’s Platinum Jubilee.

Of course, it hasn’t been all fawning praise for the royals, and there are still daily reminders that the institution in general and certain members in particular are not very well-liked in the UK or abroad.

To the surprise of many, Meghan Markle and Prince Harry were invited to the Jubilee by the monarch herself.

Meghan and Harry visited Elizabeth last month, and she personally extended an invitation to the couple shortly thereafter.

Meghan is quite popular on this side of the pond, but she remains a rather divisive figure overseas.

Harry has also fallen out of favor for many, thanks to the belief — propagated by Piers Morgan and other professional haters — that he’s abandoned his family and fallen under Meghan’s control.

So there was a good deal of speculation as to how the Sussexes would be greeted by the Queen’s subjects while attending their first public events in the UK in over two years.

And according to reporters who covered Friday’s service of thanksgiving at St. Paul’s cathedral, the response to Harry and Meghan was decidedly mixed.

“There was a loud reaction from the crowd to the arrival of Harry and Meghan: a mix of boos and cheers,” tweeted royal journalist Richard Palmer.

The British press loves any excuse to criticize the Sussexes, but Palmer conceded that the couple received more cheers than boos.

“Our correspondent outside says what sounded like a mixed reaction had turned into a clear cheer by the time the Sussexes had reached the top of the steps,” he added

Several media outlets doubled-down on the shade by noting that Prince William and Kate Middleton arrived to deafening cheers.

But hey, it could have been worse for Meghan and Harry — numerous onlookers say that Prime Minister Boris Johnson was met with a chorus of enthusiastic jeers and more than a few four-letter words.

Anyway, the Jubilee has mostly been a PR boon for the Sussexes.

For the first time since they relocated to the US in 2020, the couple was under the same roof as the entire royal family, and insiders say the interactions were mostly civil.

Of course, while the Queen seems to have fully forgiven Meghan, it seems that the rest of the royals have not been so quick to let bygones be bygones.

Sources say there’s still a lot of bad blood between Harry and Camilla Parker Bowles, and it seems that neither party is looking to bury the hatchet anytime soon.

And then there’s the ongoing rift between Meghan and Kate, which also appears to be permanent.

For example, tomorrow marks the first birthday of Harry and Meghan’s daughter, Lilibet.

And in a move that’s either gloriously calculating or humiliatingly petty — depending on whose side you’re on — it seems that Kate has not been invited to Lilibet’s birthday party.

So yeah, the British tabloid press will be covering the feud between Meghan and Kate for about the next 50 years.

The royals should definitely enjoy this break from constant tabloid scrutiny while they can.