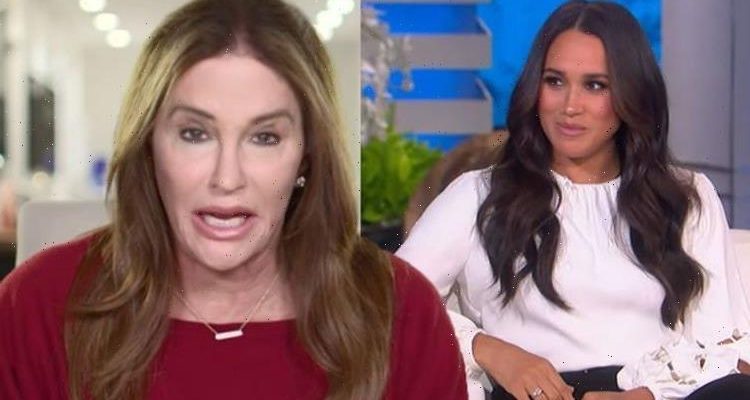 Meghan is in an 'extremely difficult position' says Caitlyn Jenner

Caitlyn Jenner, 72, spoke about Meghan Markle’s, 40, interview with Ellen DeGeneres whilst she made an appearance on Good Morning Britain today. Caitlyn believes Meghan is finally “at peace” two years after moving to the United States.

She was so much more real.

Speaking on the show, Caitlyn said: “I think Meghan is in an extremely difficult position.

“She’s coming from out here in LA and meets the love of her life and goes back there and all of sudden she’s in the Royal Family.”

Caitlyn then said living with the Kardashians was her own version of a Royal Family, but nothing compared to the level Meghan had to deal with.

She continued: “To be honest with you, I just think it takes time to see how you fit in.

“I thought she was so much more real and at peace with herself in this interview.”

Caitlyn liked seeing Meghan be “herself” in the new interview, gaining a new level of respect for the Duchess.

She added: “I thought it was great for her.

“You go from basically obscurity to the cameras on you every day, everywhere you go – you’re scrutinised.

“If you’re not used to that, it’s tough to deal with for her.

“She was kind of herself and that’s good for her.”

In the interview, Meghan tells many candid stories during the early days of her relationship with Prince Harry.

Before the world knew the pair were dating they hid in “post apocalypse” themed outfits.

She said: “He came to see me in Toronto and our friends and his cousin Eugenie and now her husband Jack, they came as well.

“And the four of us snuck out in Halloween costumes to just have one fun night on the town before it was out in the world that we were a couple.”

Ellen said: “So you went with Harry to a Halloween party and they had no idea it was the two of you?”

Meghan, confirming this, added: “It was a post-apocalypse theme.

“So we had all this very bizarre costuming on and we were able to just sort of have one final fun night out.”

Meghan and Harry have not left the limelight since their relationship was announced in 2016.

The pair married on May 19 2018 at St George’s Chapel in Windsor Castle.

They now share two children together, Archie and Lilibet Mountbatten-Windsor.