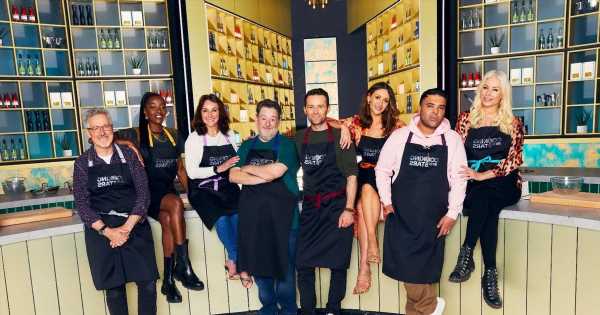 McFly star Harry Judd was one of the first casualties on new reality series Cooking With The Stars when he chopped the end of his finger off – but didn't even realise because of the adrenaline.

Talking about some of the more dangerous moments in the show, which sees celebrity contestants learn to cook alongside professional chef mentors, presenter Emma Willis revealed the horrific injury that Harry had sustained.

Emma, who co-hosts with Tom Allen, said: "The first chop he made, he took the end of his finger off. We put bandages on and doubled gloved him as well because he was like 'I really want to carry on.'"

But later on, Emma asked him whether his hand was alright and said he was so pumped up with adrenaline to have completed his challenge that he mistook the blood pouring out of the wound for sweat.

She said he had plated everything up with "adrenaline pumping" and she asked him how his hand was doing after the earlier accident.

Emma said: "He went, yes, it’s a bit sweaty in there I have been double gloved for an hour.

“He kind of looked in and pulled it back a bit. I was like, that’s not sweat, dude, that’s blood. One of the chefs was like ‘you need a medic, immediately.’”

However, Harry wasn't the only celeb to injure himself in the risky show, as Emma explained there were plenty of other accidental cuts.

She said: "Johnny Vegas cut himself at the start and Shirley [Ballas] too, and Denise [Van Outen] can’t use sharp knives, so she used blunt knives for everything."

Naughty Boy, Griff Rhys-Jones, Catherine Tyldesley and AJ Odudu are also in the show's celebrity line-up, where the contestants will be matched with mentor chefs including Rosemary Shrager and Jack Stein.

Each episode will see the pro chefs coach their celebrities in how to prepare restaurant-quality food – but the bottom two contestants will have to take part in a cook off alone.

And as the final challenge is judged blind, the chefs could end up sending their own celebrities home.

Cooking With The Stars begins on Tuesday, July 13 at 9pm on ITV.