Team Cheryl! Maksim Chmerkovskiy and Val Chmerkovskiy weighed in on fellow Dancing With the Stars pro Cheryl Burke’s sobriety journey after she revealed last month that she has been struggling lately.

“We [have] just known each other for a very long time and there’s definite history that we know of each other’s,” Maks, 41, exclusively told Us Weekly on Thursday, July 1, noting he was “not aware” that Burke, 37, had been battling thoughts of drinking again after getting sober in 2018. “I think she’s a great person. She has a lot of says a lot of incredible qualities.”

The Ukrainian dancer, who left DWTS in 2018, noted that he feels that there are “certain things that she just needs to finalize in overcoming” amid her journey.

Val, 35, chimed in, “Yeah, closure,” before his big brother further explained that there is a “process” that any addict must go through before they are “no longer having an issue.” 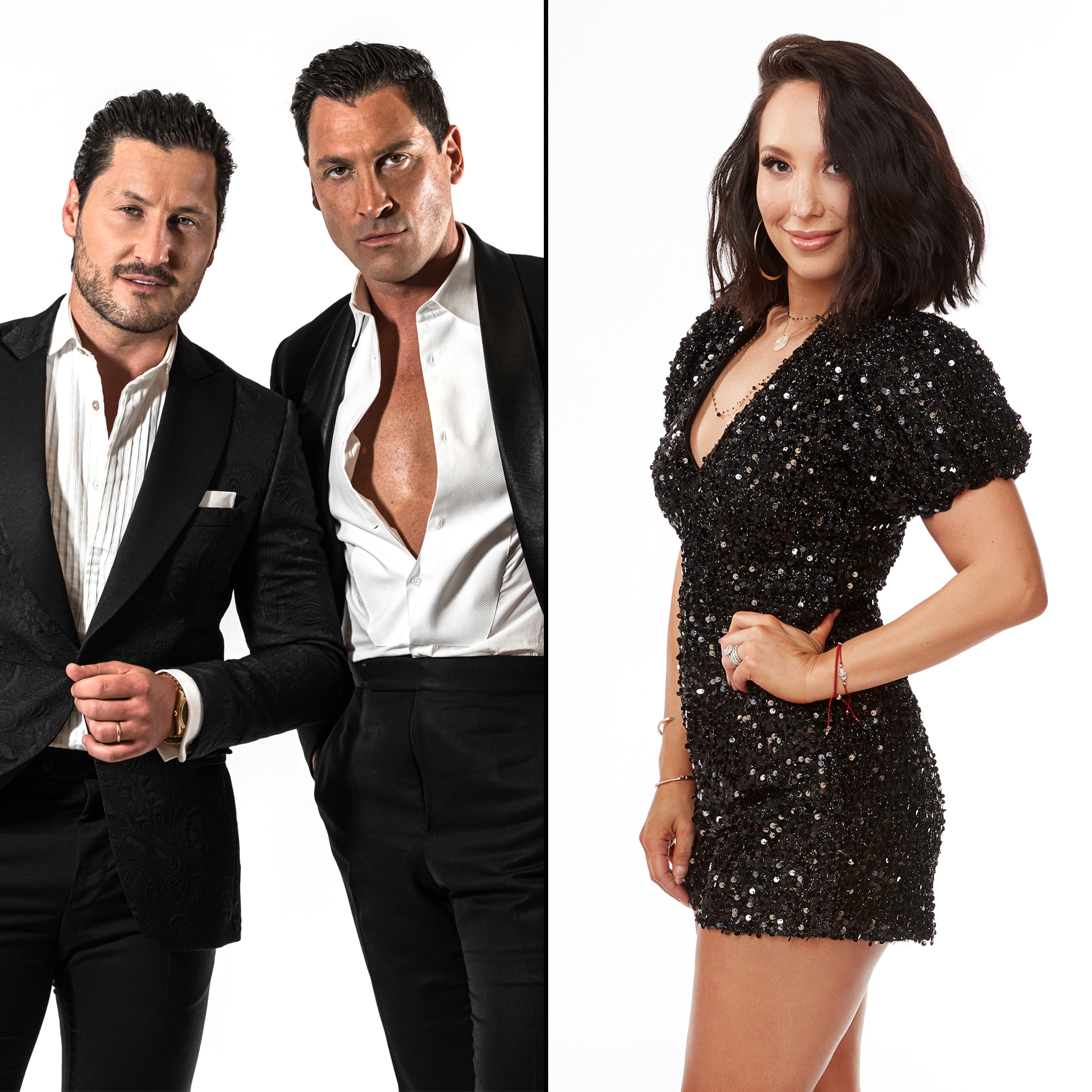 Maks, who is married to another DWTS pro Peta Murgatroyd, revealed that he saw the Dance Moms alum “not a long time ago” and she “looked great.” He added: “I wish Cheryl the best.”

Burke first opened up about her struggle in September 2020, saying that she was “two years” sober after she quit drinking following her 2018 engagement to Matthew Lawrence and the death of her father.

Over the past year, the former Dancing With the Stars: Junior mentor has been honest about her ups and downs with her sobriety, explaining in October 2020 that she used to drink while on DWTS.

Everything Cheryl Burke Has Said About Her Sobriety Journey

“I was self-sabotaging and from then on, I felt like my career plummeted down,” she said during a “Pretty Messed Up” podcast episode, pointing to a bad day on the show in 2010 as a catalyst to drinking more. “I would have to drink before I saw anybody. I would never start [drinking] with everybody — I would start by myself at home.”

Last month, Burke admitted on her podcast that she felt like she was “two seconds away” from taking a sip of alcohol while attending a friend’s birthday recently. She explained, “I feel like I’m walking on a really tight rope at the moment. Therapy’s not working right now.”

Maks recalled on Thursday that “Cheryl was very open about her struggles” in the past. He noted that her partnership with AJ McLean during season 29 of DWTS and their collaboration on the “Pretty Messed Up” podcast has been a positive thing for her.

Val piped in, saying, many people don’t know how long he and his brother have actually been friends with their DWTS family, Burke included.

“Just in general relationships and [with] Cheryl and everybody, you know, I think people don’t realize how far back we go. A lot of us go before even the show, right?” he explained. “And so then the show erupts, our relationships [of] 10, 15 years [remain]. Then we all become famous on this one project, you know.”

Val, who is married to DWTS pro Jenna Johnson, added: “We competed against each other for 10 years before, then we joined the project. To put relationships through that type of ringer, I think is a testament to our actual friendships. Not a lot of people have the humility to maintain that relationship in the midst of all this distraction.”

Every ‘Dancing With the Stars’ Pro Through the Years: Where Are They Now?

While the brothers said they are “all rooting for each other” when it comes to their DWTS costars, they are currently focused on their upcoming Maks and Val Tour: Stripped Down, which kicks off on Saturday, July 24.

“[There’s] going to be a lot of surprises in the show. And I think that’s what’s exciting,” Val told Us. “We’ve had a lot of success. I think, you know, this last year, like it was for everyone, was a very sobering kind of, like, neutralizing scenario. For us, who’ve had a great run on TV, had a great run in touring and on a stage, you know, kind of everything came to a screeching halt and was a huge perspective shift. Like, ‘How are we going to continue to do what we love to do?’”

He added: “This is very cathartic to be able to take our pain and our stress and our certainty and our struggles, and kind of put it into our work and laugh about it. This show is stripped down and it’s playful. And it’s a play on words, but really, it’s stripped down emotionally.”

With reporting by Mandie DeCamp