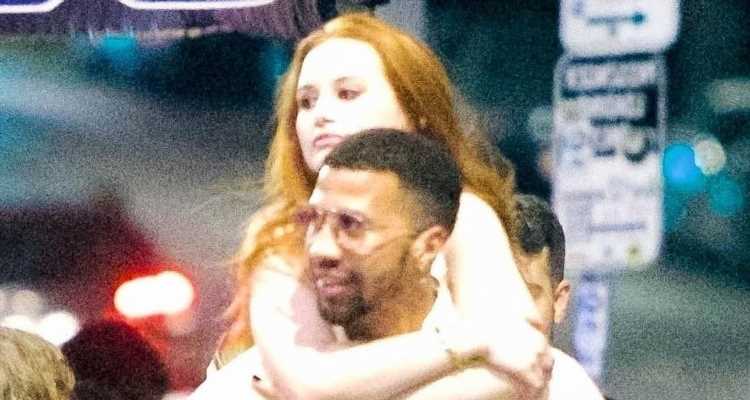 Madelaine Petsch gets a ride from her beau Miles Chamley-Watson while out to dinner last Friday night (August 20) in Los Feliz, Calif.

The 27-year-old Riverdale star and her man were also joined by her BFF Daniel Preda, who seemed to be snapping photos or video of the two from behind.

The couple joined many other friends that night, which included her Riverdale co-stars, and on-again couple, Camila Mendes and Charles Melton. Check out photos of them here!

The next day, Madelaine and Miles, who wore polka dot pants, were seen out with some friends, while reportedly going to an escape room in Los Angeles.

These are the first photos of Madelaine and Miles that we’ve seen since earlier this year, when they were in Vancouver while she filmed Riverdale.

See what Kerri shared about the upcoming film in our exclusive interview with her!