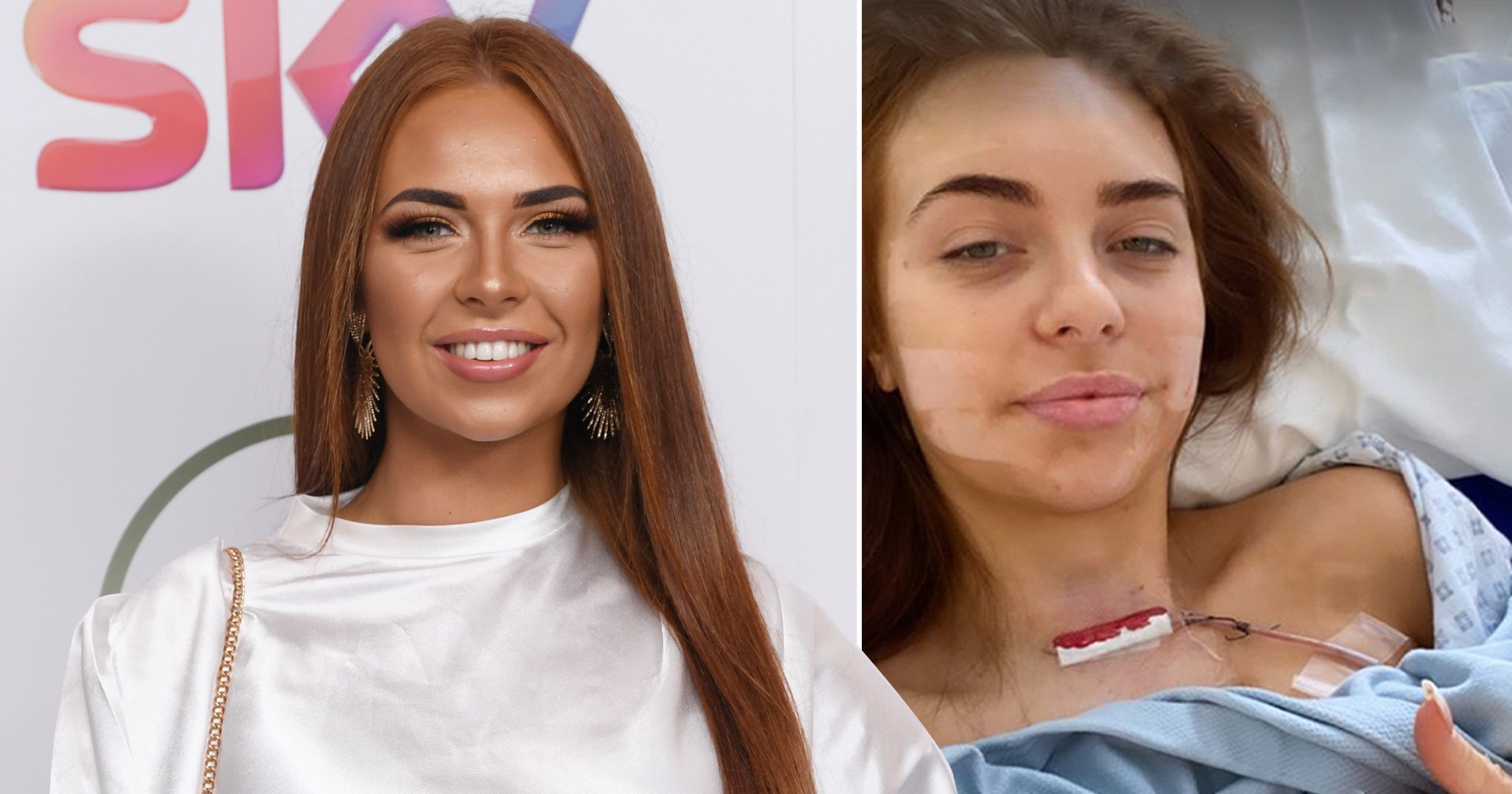 Love Island’s Demi Jones has been diagnosed with thyroid cancer.

The 22-year-old confirmed on social media that after undergoing surgery to have a potentially cancerous lump removed from her neck, she has been diagnosed with cancer.

Demi shared a Macmillan pamphlet on her Instagram stories, which was titled: ‘Understanding thyroid cancer.’

She wrote: ‘Hi guys, I got my results today and unfortunately I have thyroid cancer.

‘The tumour has been removed but I’m now due to have more surgery to remove the rest of my thyroid.

‘I’m staying very positive and I’m a strong girl so I’ll be fine, thank you for your love and support always. I’ll bounce back stronger.’

She added: ‘Check your lumps.’

Demi underwent surgery remove the lump in April, but first noticed it in January 2019.

Speaking to Metro.co.uk earlier this month, she said: ‘I actually noticed the lump in January 2019. It was my third year at uni and it was while I was writing my dissertation and exams so that just engulfed my life.

‘Then six months later once I’d finished and had my degree, I mentioned it to my mum and she went into panic mode and was like, “What the hell? Why haven’t you said anything?” Went straight to the doctors and apparently it’s very common – 1 in 3 women have a thyroid nodule but they said it looks good, we’re sure it’ll be fine.’

In January 2020, Demi entered the Love Island villa for the winter edition, and after shooting to fame on the show, she began working with brands like Missguided. However, later in the year, she noticed that the lump had grown.

Her father’s own cancer battle pushed her to get the lump checked again.

She said: ‘When you’re a young girl you’re more worried about boys and going out with your friends than checking for lumps and bumps, but it’s only because it’s something prominent on my neck that I knew it was an issue and unfortunately my dad had a lump and he developed cancer so I knew you need to keep a check on these things.’

When Demi had the tumour removed, she said it was the ‘size of a golf ball’, and would have to wait to learn if it was cancerous.

Since getting the lump checked, the reality star has been urging her followers to get any lumps or changes in their bodies checked.

What is thyroid cancer?

Thyroid cancer is a rare type of cancer that affects the thyroid gland, a small gland at the base of the neck that produces hormones.

It’s most common in people in their 30s and those over the age of 60. Women are 2 to 3 times more likely to develop it than men.

Thyroid cancer is usually treatable and in many cases can be cured completely, although it can sometimes come back after treatment.

Symptoms of thyroid cancer can include:

The main treatments are:

Information from the NHS