Liz Hurley, 54, soaked up the sunshine as she writhed around on the floor in a pinstriped bikini by a swimming pool. The brunette beauty lay on her back with her arms out stretched over her head while her tresses dropped towards the water. In the video, shared with her 1.3 million Instagram followers, the age-defying sported a pair of sunglasses and wore light make-up. Wearing the patterned two-piece, which featured a gold chain on the bottom half of the swimsuit, she gave fans a glimpse of her cleavage whilst showcasing her taut stomach.

The melodic sounds of Lou Reed’s hit song Perfect Day could be heard playing in the background as Liz moved her body from side to side as she writhed on the floor.

The racy clip also gave a glimpse of the model’s bottom as she put her pins on display.

She later arched her back, lifting her head as she continued to move her arms up and down her body as she mouthed the lyrics to the background music.

As she seductively moved her body, the brunette bombshell gave a smile to the camera.

Fans rushed to compliment the model and actress on the sultry video, with many praising the beauty on her gorgeous physique. 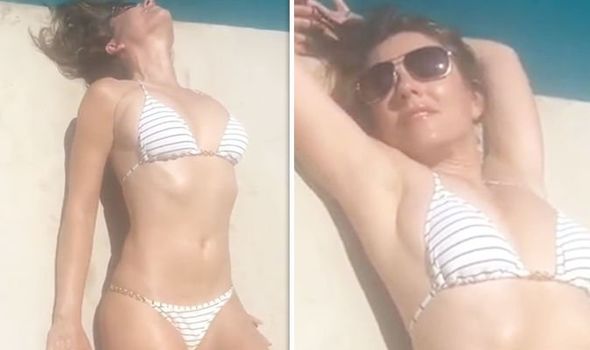 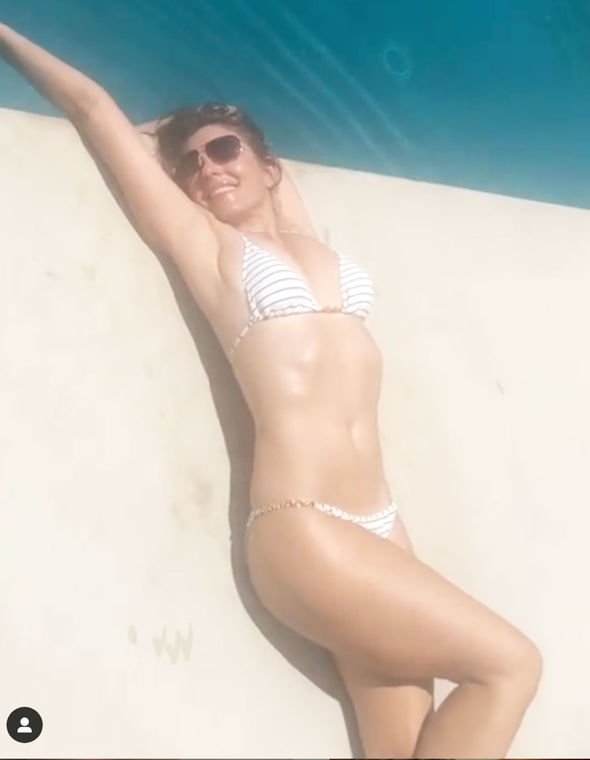 One person said: “Whoo Whoo what a perfect body.”(sic)

Another person commented: “You are such a beautiful woman Elizabeth.”

While a third person added: “That’s a perfect body…”

But other fans cheekily jibed the Austin Powers actress, with some suggesting she was attempting to have a back scratch on the floor.

One person said: “Back scratch?” 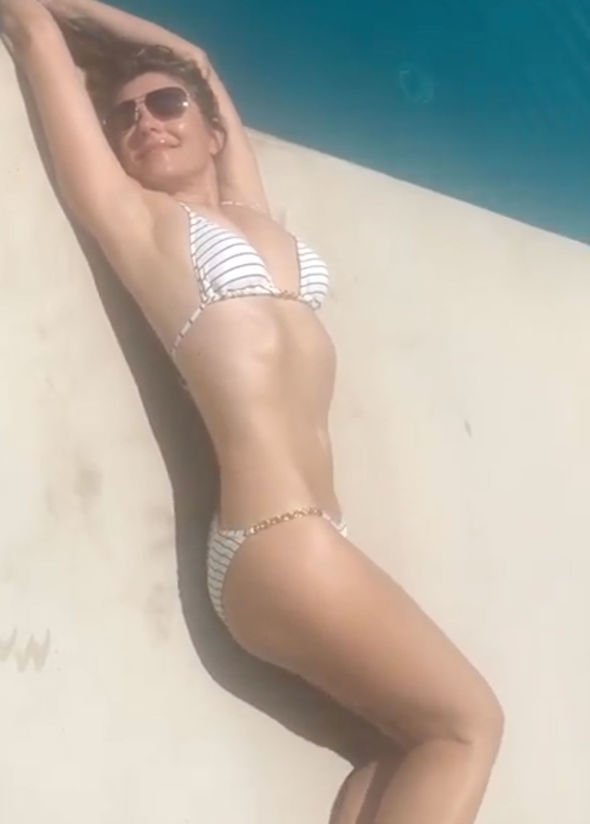 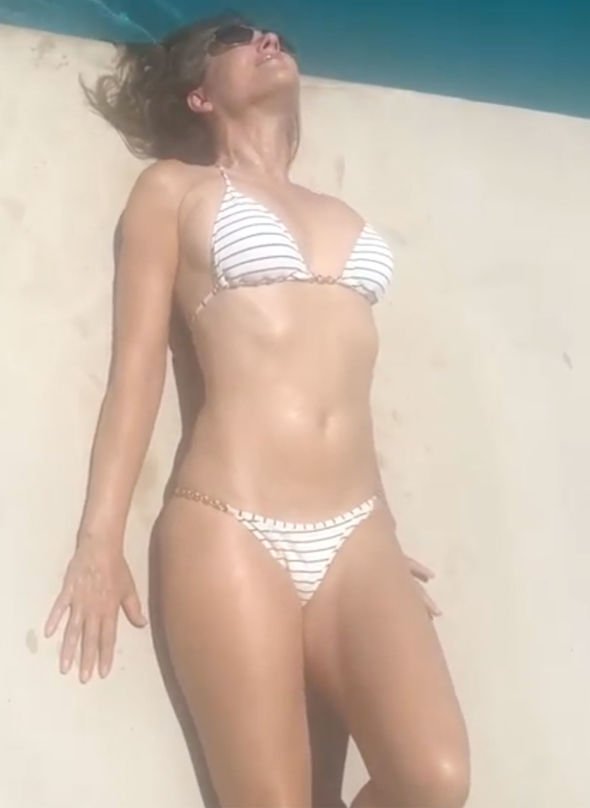 While another person quipped: “DO U AGE AT ALL?”(sic)

The jaw-dropping video gained over 200,000 likes with many fawning over Liz as she set pulses racing.

Elsewhere, Liz’s son Damian Hurley, 17, posed up a storm for the new Pat McGrath, 49, beauty campaign last week, as he shared a picture on Instagram to promote the Sublime Perfection Collection.

The long-haired model, who looks remarkably like his famous mum, modelled a new make-up primer from the British make-up artist Pat in the latest skincare range.

Damian wrote on Instagram alongside a stylish picture from the campaign: “So excited to show you guys something secret I’ve been working on with the divine @PatMcGrathReal!!”