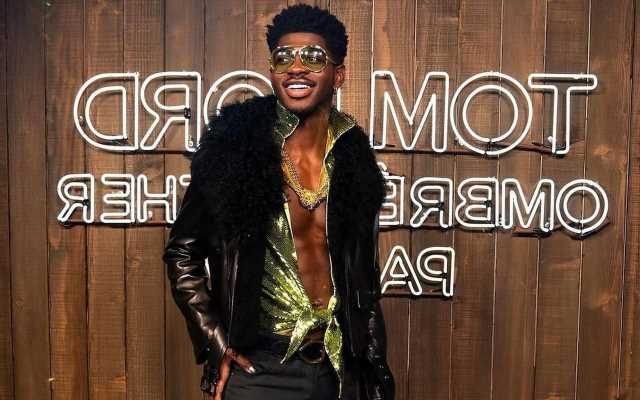 The ‘Montero’ hitmaker uses celebrities’ name to refer to Covid-19 variants and trolls his fans with an adult joke as he gives update on his condition after catching the virus.

AceShowbiz –Lil Nas X opened up on his battle with Covid-19 after pulling out of Jingle Ball’s U.K. tour stop due to the health issue. In a series of Tweets that have since been deleted, the “Industry Baby” hitmaker cracked jokes to lighten up the mood as he assured his online followers that he was doing fine.

“Now that I’m sure I won’t die from covid, I will now begin making mildly funny jokes about having it,” so he wrote before jokingly using celebrities’ names to refer to Covid variants. “I’m not sure whether I’ve had the omarion or alicia keys variant of covid but this hasn’t been a fun journey.”

Lil Nas X didn’t feel down for long as he found out his song “Montero (Call Me by Your Name]” had landed on Barack Obama‘s playlist of the year. “Started running around the house when I saw this, then I remembered I have covid lol,” he was trilled as he retweeted Obama’s post.

The former President also managed to lift up Lizzo‘s mood with his selection of favorite music. He picked the “Juice” hitmaker for her Cardi B-assisted single “Rumors” and she was so thrilled. “THANK U FOR JAMMING RUMORS @BarackObama,” so she tagged the politician on Twitter.

Before Obama’s playlist was revealed, Lizzo’s mood seemed rather heavy as she defended her music amid criticisms.

She furthermore noted, “When I play this song live thousands of ppl scream the words. I’m getting plaques for RumorsMoney-mouth face. Viral does NOT = successful YALLFace throwing a kiss.”

Lizzo then doubled down on her remarks while sharing Obama’s list, “Whew! I needed this right now… Listen ya’ll – there’s amazing music that isn’t viral, that isn’t charting, that don’t have a TikTok trend…”

“My music touches people – don’t believe me, ask Obama,” she went on. “Artists don’t be discouraged – make the music YOU love and believe in and the rest will follow! Thank you @barackobama for putting me and @iamcardib on your ‘best of…’ playlist.”

The former POTUS explained, “I’ve always enjoyed listening to a wide variety of music, so it’s no surprise that I listened to a little bit of everything this year. I hope you find a new artist or song to add to your own playlist.”