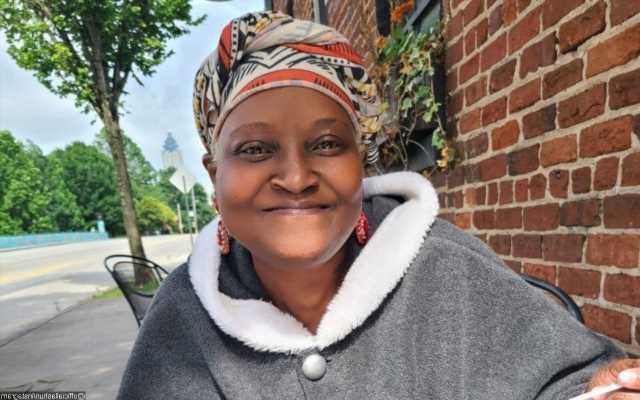 The member of Grammy-nominated sibling gospel group The Anointed Pace Sisters passed away on Monday, March 21 from organ failure after being on dialysis for five years.

AceShowbiz -Heaven has gained an angel in LaShun Pace. The legendary Gospel singer-songwriter has passed away after battling kidney failure for years. She died on Monday, March 21, her family has confirmed. She was 60 years old.

“It is with deep sorrow the Pace family announces the transition of LaShun Pace,” read a post shared on LaShun’s official Instagram account. “Please keep @loveaarion and the entire family in prayer. Official details to follow.”

Her daughter Aarion Mychkiel Rhodes posted the same image on her own page and mourned her mother’s death as writing in the caption, “My beautiful mommy…” with a broken heart emoji.

According to her sister Lydia Pace, LaShun had been on dialysis for five years while waiting for a kidney donor. She eventually died of organ failure, Lydia told 11Alive’s Shiba Russell.

Many have since paid tribute to LaShun. On Common Ground News(OCGNews) Publishers Glenn and Valerie Morgan said in a statement, “We are sending up prayers for the family. LaShun has taken her flight to join her oldest sister, Duranice, and their only brother, Murphy. The Pace family will always have a special place in our hearts.”

Atlanta broadcaster Larry Reid posted, “We have lost one of the baddest sopranos to ever walk this earth… The Pace Sisters recently loss their sister songbird Duranice Pace and Mom Pastor Betty Pace. Pray for them and all of us who will mourn this loss.”

A fan noted of LaShun’s legacy, “With the passing of Ms Lashun Pace, I’m really glad y’all recirculated her voice & 90’s Black Gospel to the world through Tik Tok. 90’s Gospel will always be superior.” The fan added, “I’m happy she seen the love & was able to smell her roses before she passed. Take your rest!”

LaShun was part of Grammy-nominated sibling gospel group The Anointed Pace Sisters. Born in Atlanta’s Poole Creek community, the group consisted of nine sisters and performed in church and local talent shows in the 1970s before rising to gospel stardom.